Because we are going to Iceland soon, I thought it would be a good idea to read some books set in Iceland. The three books that I picked are all different in topic, setting, and writing style. But I am sure that there is at least one book that will appeal to you. 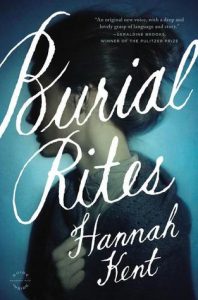 The first one I read was Burial Rites by Hannah Kent. Reading the description on the back, I knew that I would like it. Set in 1829 Iceland, it is the story of Agnes, a woman charged with the murder of her former master. For awaiting her execution, she is sent to a farm. A priest is assigned to religiously support her for the final period. At time passes, the family and priest learn more about what really happened. But will it make a difference?

“To know what a person has done, and to know who a person is, are very different things.”

This was such a beautiful book. I read the second half of the book in almost one sitting, I couldn’t put it down. I needed to know how it would end. Hannah Kent does a remarkable job in describing the scene and the harsh Icelandic conditions.

The Blue fox by Sjon 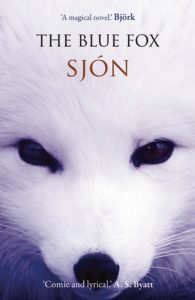 This very thin book written by Sjon, who also collaborated with Bjork, is a confusing book I think. It is written beautifully but it is difficult to really explain what it is all about. The opening is about a priest hunting a blue fox and then continued with flashbacks to the time before. This is a very quick read and is perfect to read when you are in Iceland enjoying a coffee and overlooking the beautiful landscapes.

Arnaldur Indriðason is an Icelandic writer of crime fiction books. I read one of the books in the Detective Erlendur series. When a man is found dead in an apartment near the city center of Reykjavik, the detectives need to find answers to a lot of questions. They learn that nothing is really what it seems in their hunt for the killer.

This is a typical crime novel but set in Reykjavik. It is an easy read and perfect for a holiday. In contrast to the others, this one doesn’t have the same heavy feeling.

Names for the Sea: Strangers in Iceland by Sarah Moss 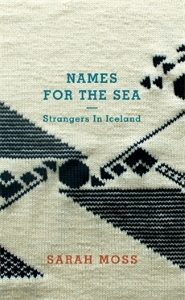 Sarah Moss always wanted to move to Iceland. In 2009, she saw an advertisement for a job and applied. She moved to Iceland with her 2 young children to start a new life. It was a start of a new adventure which you can follow along in this book.

The Sagas of the Icelanders 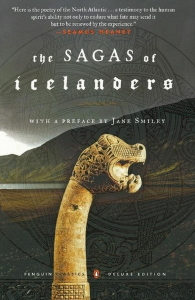 This is one of the most important books about Iceland. These 10 Icelandic Sages follow explorers and Vikings to the New World 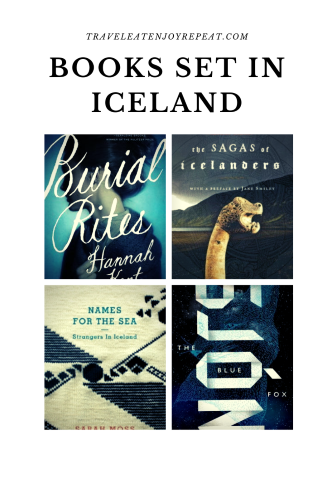 Did you read books set in Iceland?