My last business trip took me to South-Korea. A business trip is still exciting for me, and this one especially because it was the first time for me to go to Asia. After a 10h flight to Seoul, the business partner was waiting for me at the airport. From there we took the KTX train to Gwangju where I would be staying. 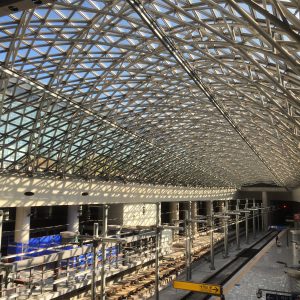 Hotel The Sol in Gwangju

I stayed at The Sol, a business hotel in Gwangju. The room was equipped with every comfort you could want, even a high-tech toilet. I loved it that you get free water and drinks every day in your room as well as a bag with toiletries. Very handy if you forgot something. 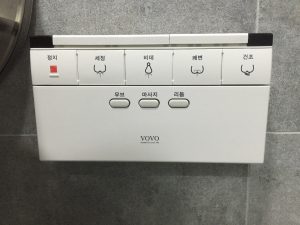 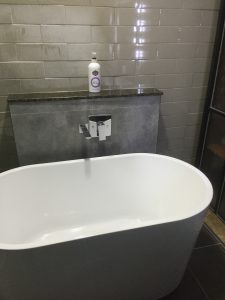 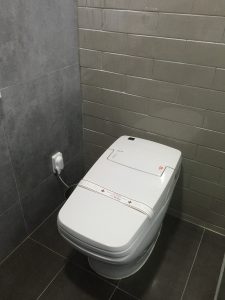 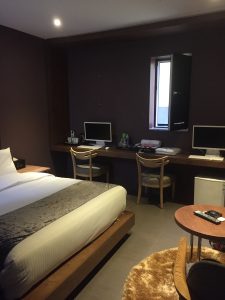 Meeting the business partner, I immediately understood that English is not a common language here. Apparently, they just recently need it if they attend university. So, communication was not easy, to say the least.

The first question I get is: what food do you like? For me that proves that Korean people are proud of their food and are very happy to share it. I mentioned that I only know bibimbap so he looked for a restaurant near the hotel where it would be very good. And he was right! Bibimbap literally means mixed rice and usually consists of some vegetables, chili pepper pasta, sometimes meat but always a fried egg. The rice is served separately and you have to mix everything just before eating. Although it was a little bit spicy (they really like spicy food), it is a great introduction to Korean food. 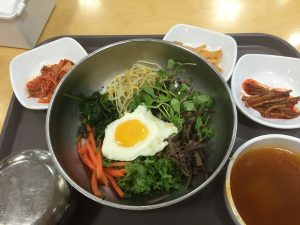 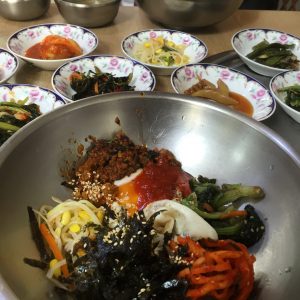 Every evening they took me to a different restaurant so I could taste different Korean dishes like grilled meat, stuffed chicken with rice in a soup, shabu-shabu, and of course kimchi. I also tasted soju, because apparently both soju and kimchi are what Korean is known for. Soju is a distilled beverage made traditionally from rice, but sometimes also sweet potato, wheat, barley, or tapioca are used. 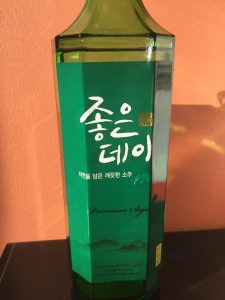 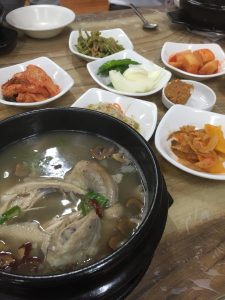 By the way, I also understand now why people in Korea where shoes that you can easily take on and off. You have to enter all restaurants without shoes and even in some places you have to leave your shoes outside and wear special sandals.

This was the case in The World Institute of Kimchi (WIKIM) that I visited. This is a government-funded research institution where they do research related to, guess what, kimchi, such as the ingredients, manufacturing process, microbes and fermentation, storage, and the health-related function. 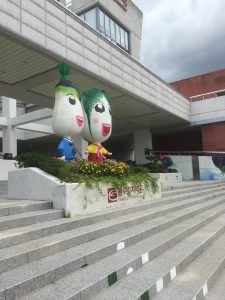 Gwangju calls itself the hometown of Kimchi and they are proud of it. Kimchi is a traditional Korean side dish made of different vegetables. They are made in special pots, named onggi, that have a microporous structure which helps with the fermentation. Every year, families gather to make their own kimchi, a process that takes 2 days. They store it as long as possible because kimchi gets better in time. Recently, kimchi is being exported from China as well, which is a shame for the Korean kimchi industry. 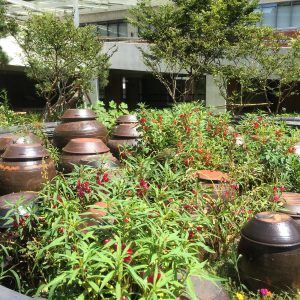 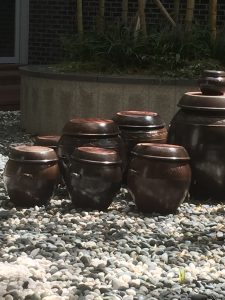 There are over 100 different varieties of kimchi made from different vegetables with napa cabbage, radish, scallions, or cucumber being used the most. The difference lies also in the seasoning (fish sauce, ginger, garlic, oyster sauce, …). Kimchi is served with every meal, even at breakfast. For this I passed and kept it with toast, a fried egg, and very sweet cornflakes (a very basic breakfast in the hotel). 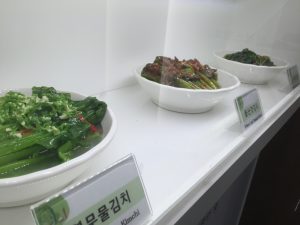 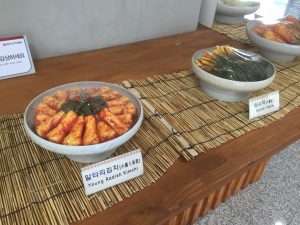 Japanese food and drinks in Korea

Japanese food and dishes are also very common in South-Korea. As a small drink during the break in the afternoon I was offered Fibe-mini, a Japanese soft drink with added fiber. 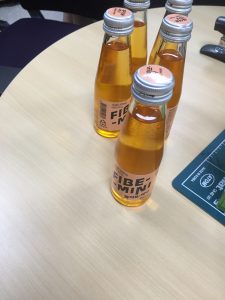 Another adaption of a Japanese dish is shabu-shabu, a Japanese hot pot dish of thinly sliced meat and vegetables in boiling water. It essentially is a 3-course meal with the first course being the meat and vegetables rolled in rice paper. The second course are some noodles and a dumpling boiled in the same stock. The last course is some rice cooked until it absorbed all the liquid and mixed with some eggs. 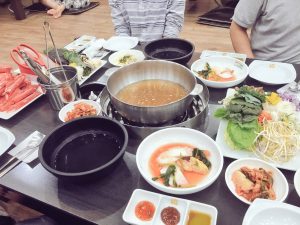 What I learned from this trip to South-Korea: