Visit the Grand Mosque of Paris

Have you been to Paris before and would you like to visit something different? Then the Grand Mosque of Paris (Grande Mosquée de Paris) is highly recommended. 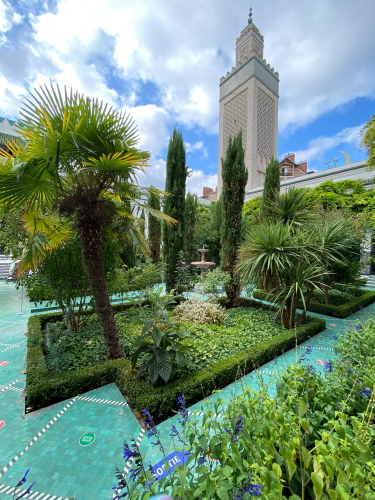 The Great Mosque of Paris is located in the 5th arrondissement, next to the Botanical Gardens. The nearest metro stops are those of Austerlitz and Jussieu. It took a while to find the entrance, but it is located on the Rue Georges Desplas.

The Grand Mosque of Paris is the largest mosque in France and also the third largest in Europe. It was built after World War I by the state as thanks for the help of Muslims from the French colonies during the war. During the Second World War, the mosque played an important role as a place of refuge.

When you stand in front of the entrance, it doesn’t seem very inviting to enter. But once inside, it is striking how quiet and beautiful it is here. You can visit the entire mosque, but you are not allowed to enter the prayer room. Women are also asked to cover their shoulders and knees. 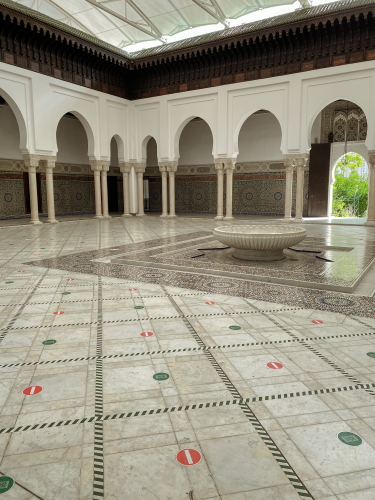 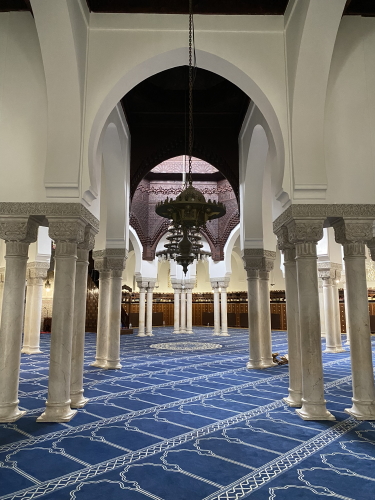 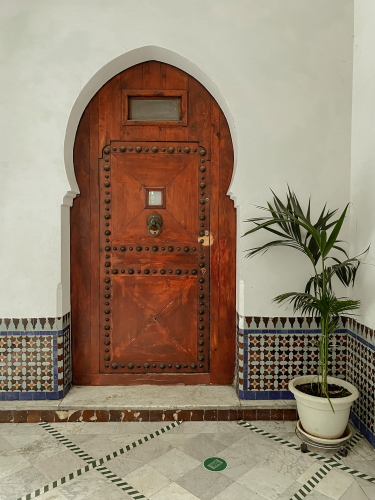 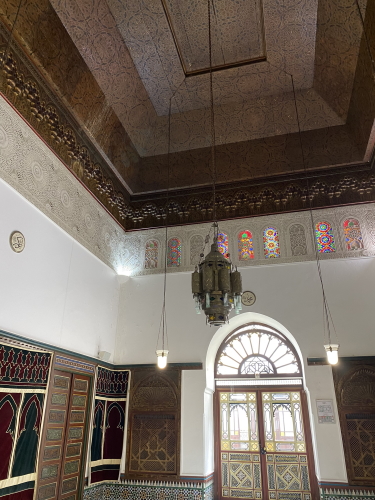 It really is a very beautiful building. A number of walls and floors are covered with mosaics in various motifs. All decoration was made with traditional materials and placed by craftsmen from North Africa. Even though you can’t enter the prayer room itself, you can sometimes look inside through the open doors.

The most beautiful part of the mosque is the garden with the fountains. Truly an oasis of tranquility with beautiful colors and motifs. 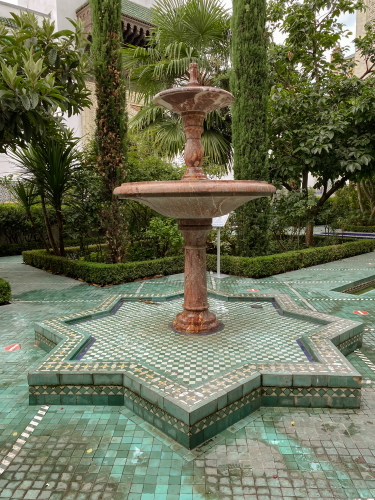 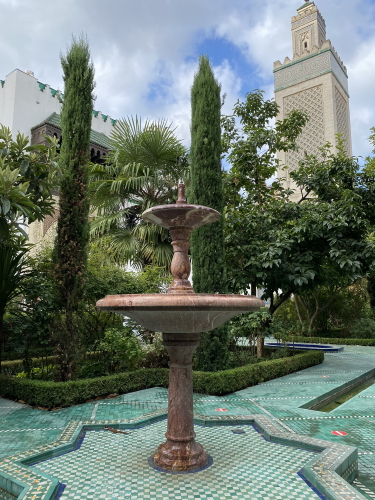 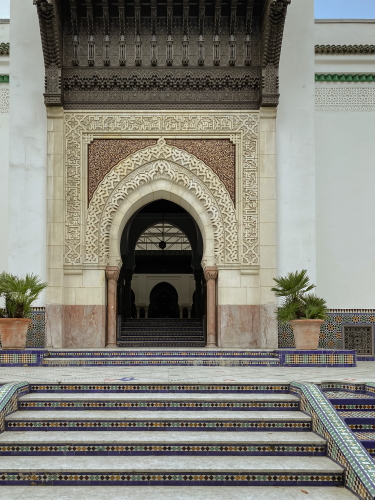 The mosque can be visited every day (except Fridays and Islamic holidays). The entrance fee is 3 euros per person (both cash and bank card).

After your visit, you can take a rest in the adjacent tea house. In the courtyard are all tables between trees and umbrellas. There is constantly someone walking around with a tray of mint tea (€3 per glass). You can also buy various pastries. The tea house is open every day from 10 am to midnight.

There is also a restaurant and a hammam (only for women). 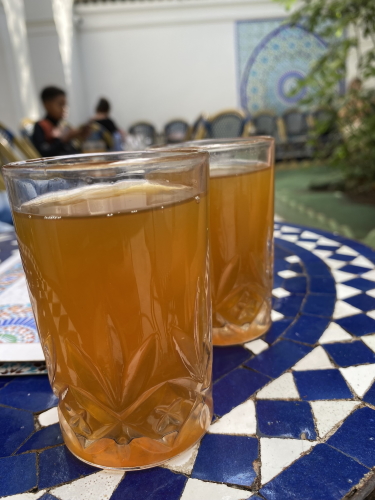 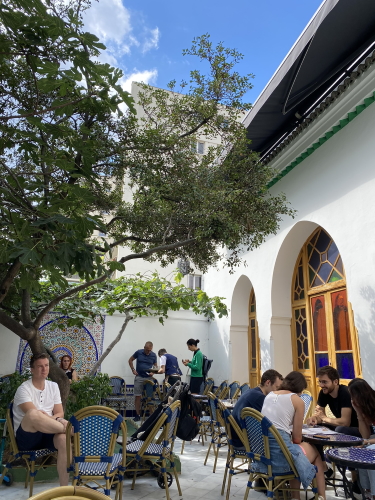 Maybe these articles are also interesting? 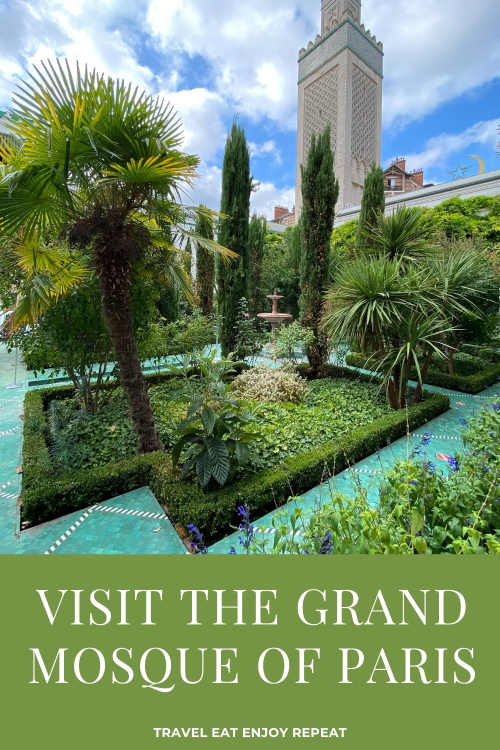