Kelowna, the third largest city in British Columbia, has a surprising number of craft breweries. After a walk along the lake, nothing beats the taste of a good beer. Especially on a rainy afternoon.

When we were in Kelowna, we stayed at Oasis Inn for one night. It is at walking distance from downtown Kelowna, where you find most of the bars, breweries and restaurants.

I am a big fan of sour beers, so I really loved the last one. A very special combination that tasted very nice. Although I am not a big fan of stouts, I rather liked this milk stout. Together with the milk stout, Nuclear Splash was a favorite of my boyfriend. 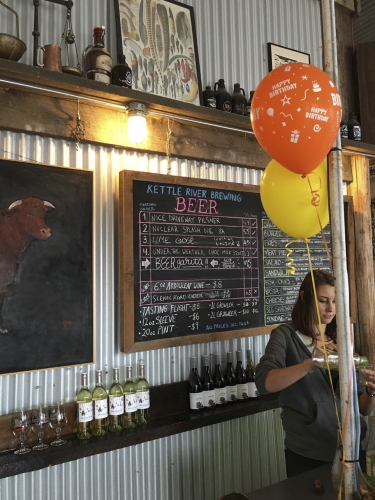 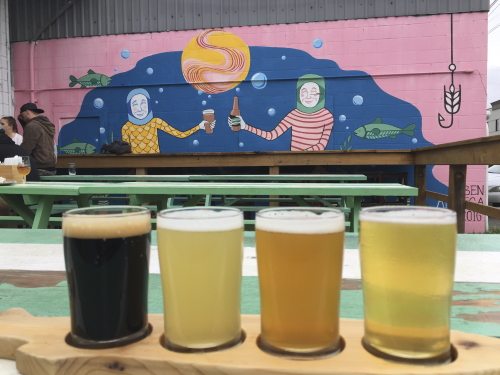 I really didn’t like the Papa Doble, it had a very weird aftertaste. My favorites were Purple Rain and Flamingo (no surprises there). My boyfriend wasn’t a big fan of all the beers, a little bit too light and not bitter enough (not beery enough) for his taste. 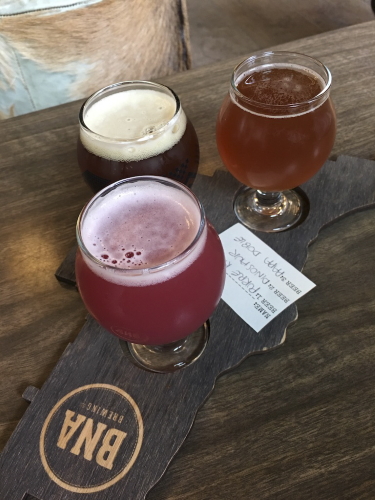 In downtown Kelowna, you can enjoy a beer, beer-inspired food and some board games at the tree brewing beer institute. And again, we had 4 beers to taste: Hop Head IPA (IPA – 5.6%) – Brimley’s Stout (Oatmeal stout – 5.3%) – Gov’Nah (American Stout – 5%). We only could find 3 on Untappd unfortunately.

Because these were heavier beers, they weren’t really my taste. But my boyfriend loved them without a favorite. 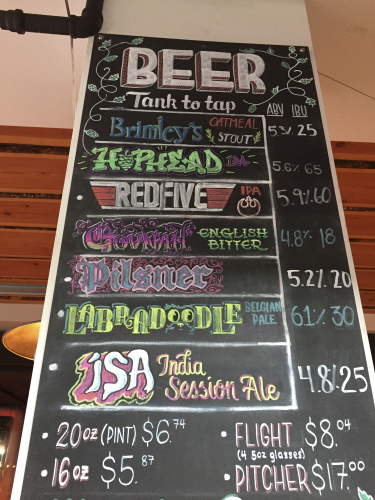 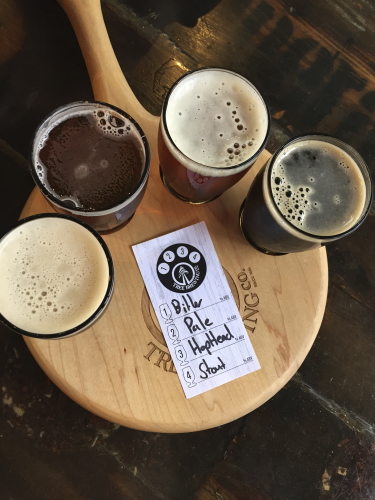 We only got time to visit 3 breweries, but there are a few more. You can find them on this map.

Did you visit any breweries in Kelowna? 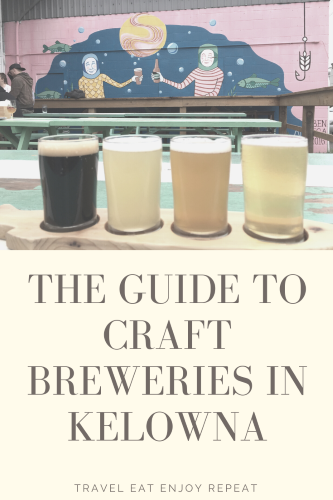