With Photo Sunday I want to share beautiful shots with a story.

This week’s photo is by James. Originally from Ireland, James has spent time living in Germany, Spain, France, the United Kingdom, and South Africa. He’s currently based in Portugal, his new home. Follow him on his travel blog, Portugalist, or on Facebook or Twitter. 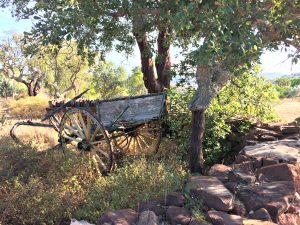 This is a photo of an old cart that I found while walking through the Algarve countryside. It’s easy to just think of the Algarve as mainly beaches packed with sunburnt British and German tourists, but there’s so much more to the Algarve than just that. In particular, it’s a fantastic walking destination (outside of the peak summer months when it’s too hot).