What to do in Amsterdam - Travel Eat Enjoy Repeat

What to do in Amsterdam

Amsterdam is an amazing city to visit: lovely picturesque canals, famous museums, and a lot of history. We were there for 1.5 days and had plenty of time to do a lot of things. Visiting Amsterdam soon? Here are some ideas on what to do. There are so many more things to do, but this is already a very good start.

Except for the main sights, there are also some hidden gems in Amsterdam to see and visit.

Looking for amazing restaurants in Amsterdam? There are plenty.

One of the most famous museums to visit in Amsterdam is the Anne Frank House. This house/museum is dedicated to Anne Frank, famous for her diary during the Second World War. She and her family hid from Nazi persecution in hidden rooms at the back of this canal house, known as the Secret Annex (in Dutch achterhuis).

There is a permanent exhibition around the life of Anne Frank. The hiding place is also preserved and can be visited.

Upon entering, you get an audio guide which guides you through the life of Anne Frank during the War. Taking pictures is not allowed.

At the end, I recommend buying the book as a souvenir 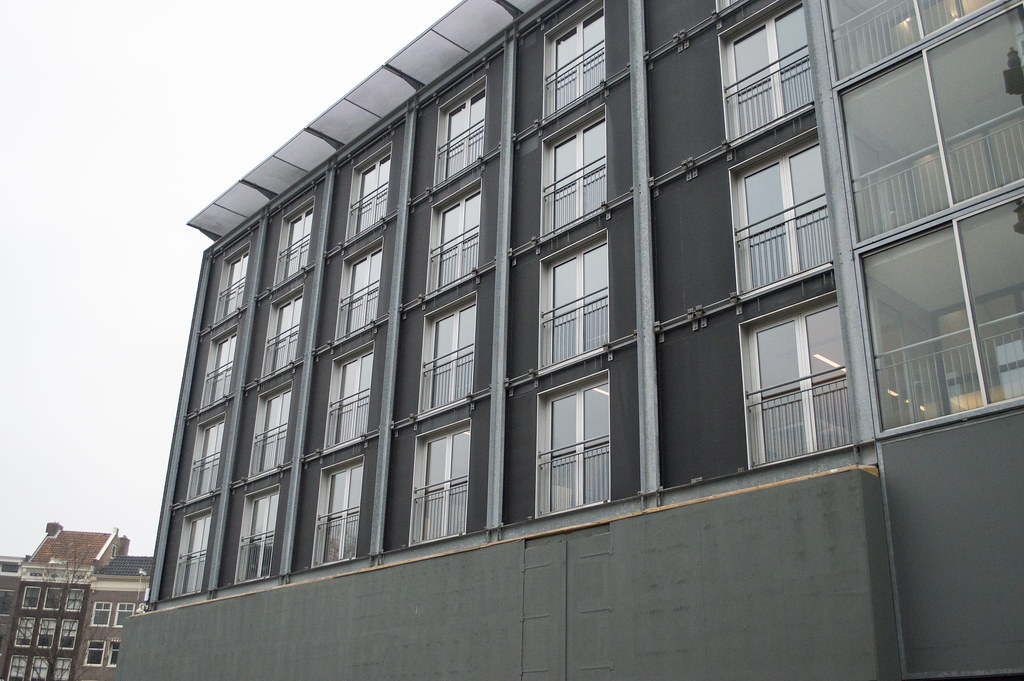 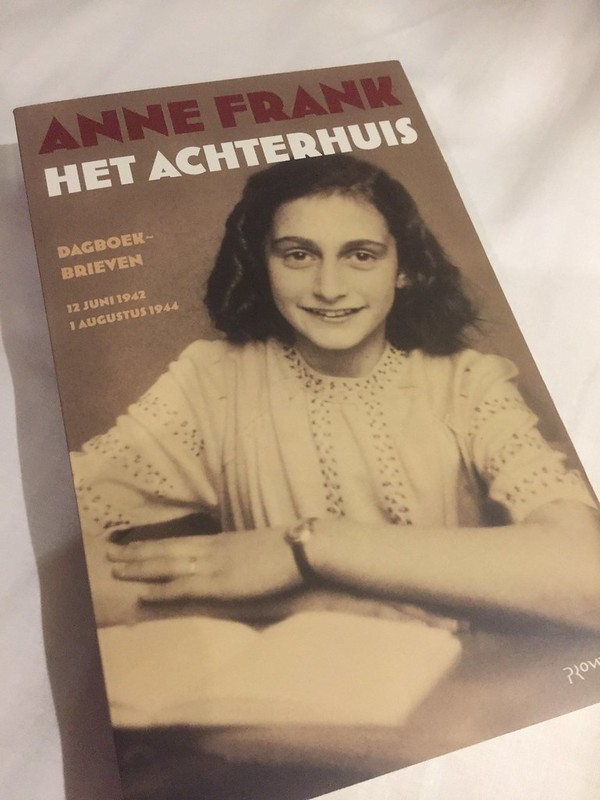 Do a boat tour

Amsterdam has a lot of water, so doing a boat tour is the perfect way to explore Amsterdam and see it from a different angle. The three main canals (Herengracht, Prinsengracht en Keizersgracht) were created in the 17th century.

Because it was the Amsterdam light festival when we visited Amsterdam, we did an evening boat tour around the canals. We got most of the explanation about the different light exhibits we saw along the way.

There are a lot of companies that offer these boat tours. We specifically did one with Blue Boat Company for the Amsterdam light festival tour. 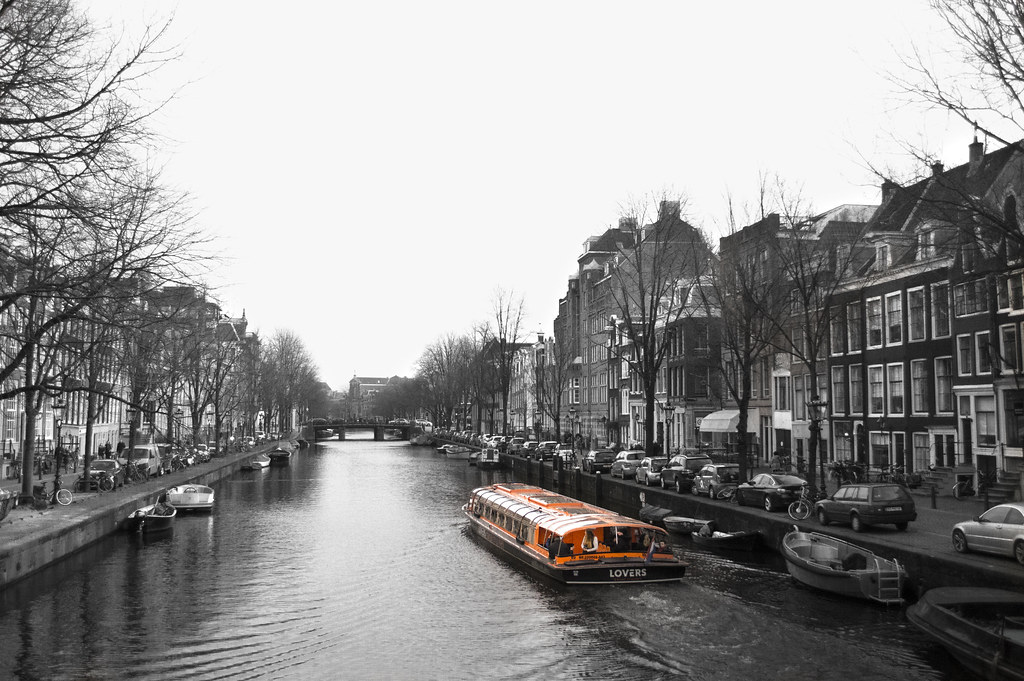 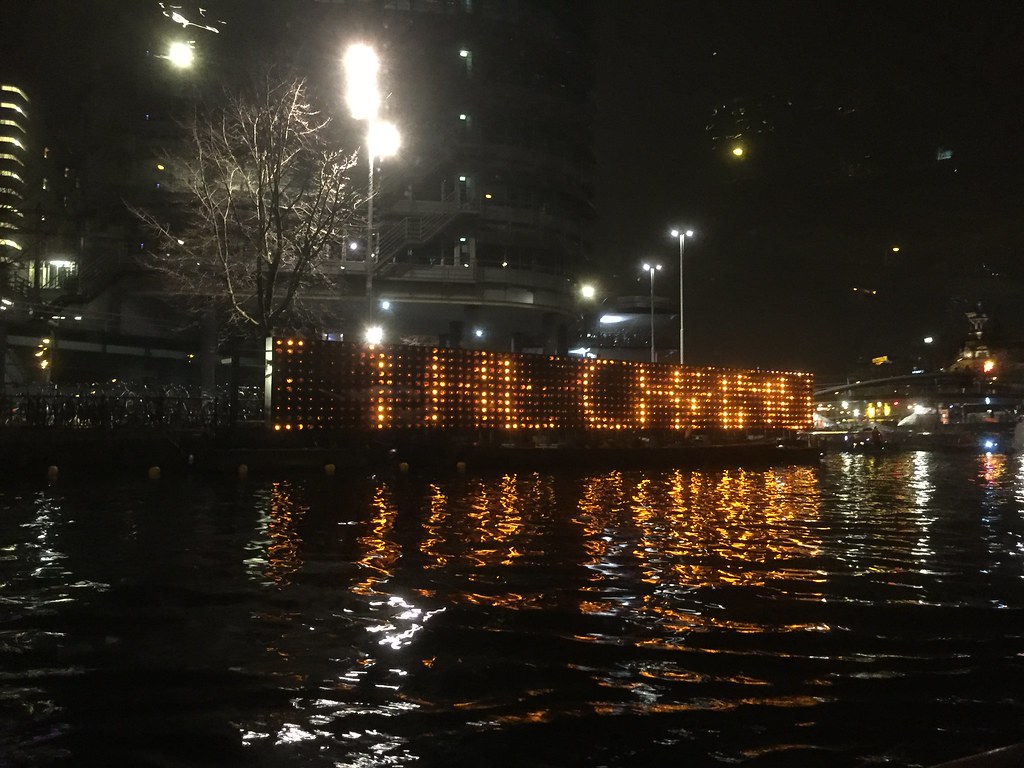 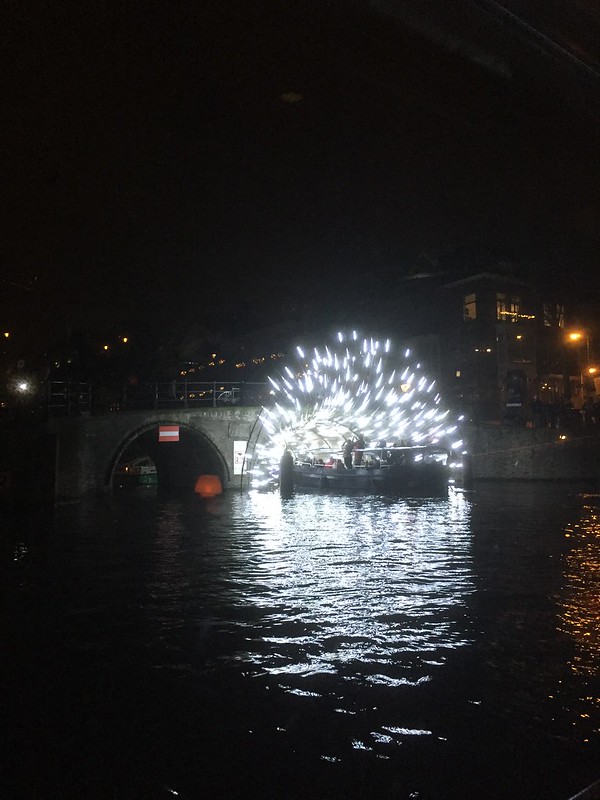 The National Museum in Amsterdam (Rijksmuseum) is located at Museum Square where a number of other museums are also located. It is not only the largest museum in the Netherlands, it is also the most visited.

The most famous paintings you can see here are: The Night Watch by Rembrandt, The Milk Maid by Johannes Vermeer, and also some Van Gogh Paintings. If you want to see more paintings of the later, you can always visit the Van Gogh Museum.

We visited the museum on Sunday morning around opening time and it was not crowded at all. When we left, a lot more people were there and there were lines to get in. 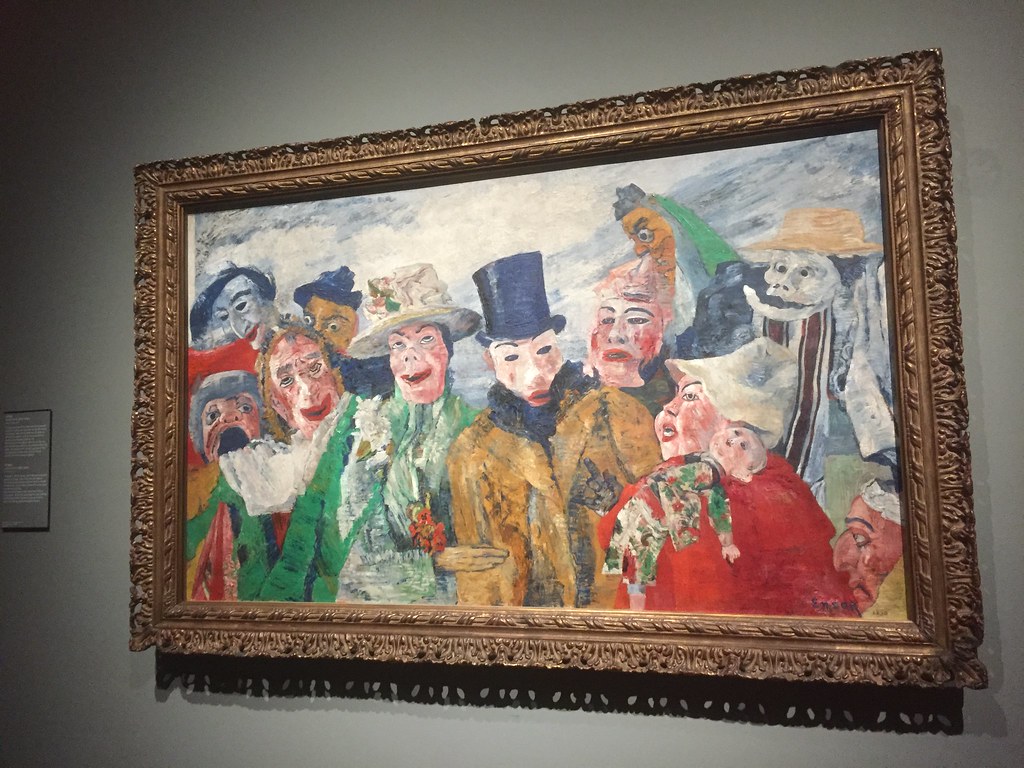 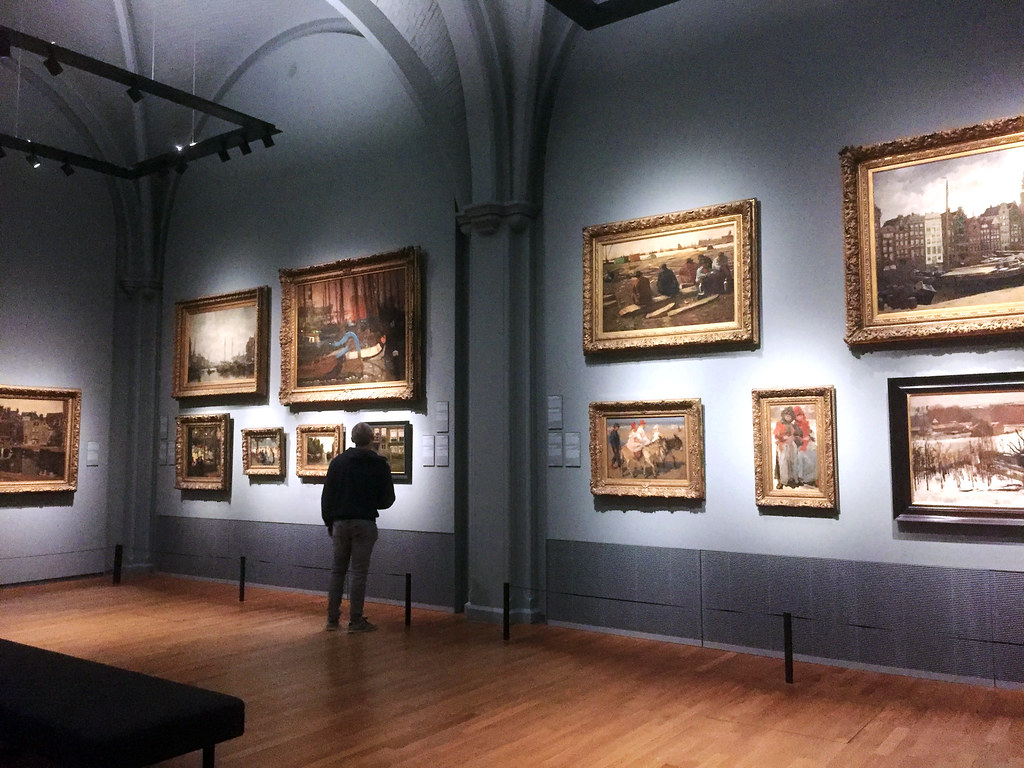 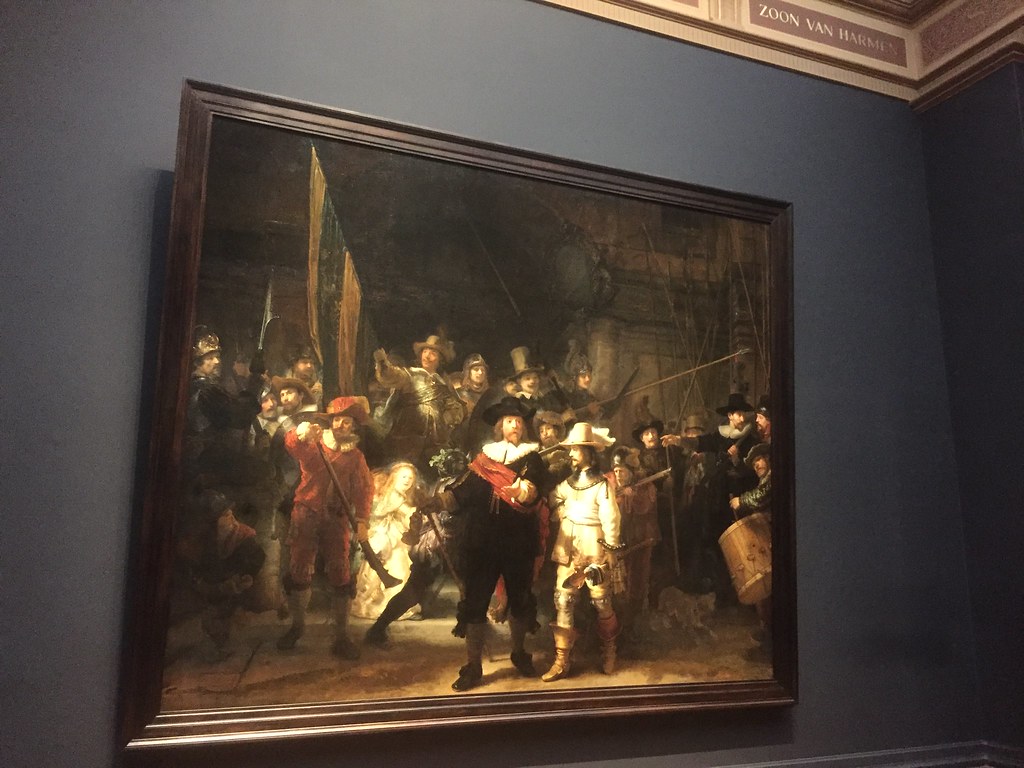 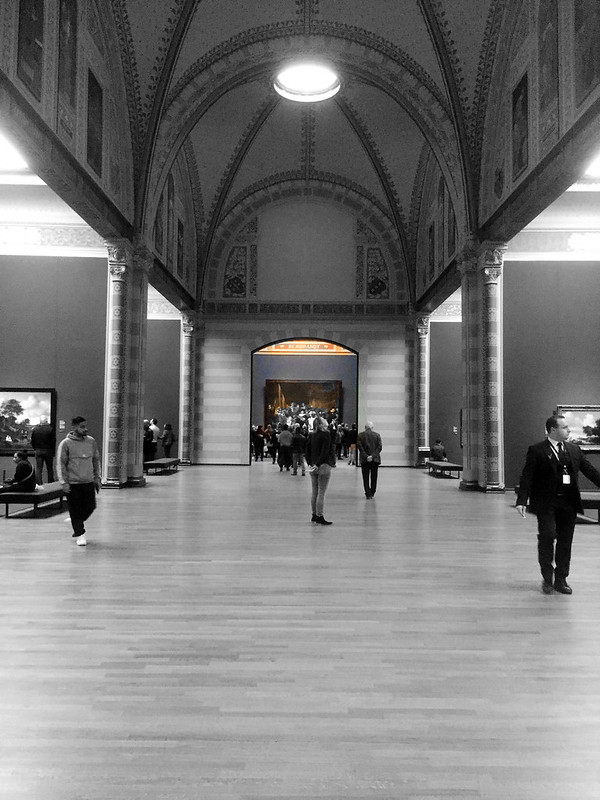 Before or after your visit to the National Museum, it is obligatory to take a picture with the I am Amsterdam sign. The letters began as a marketing campaign for Amsterdam. Now it is a collective phrase for everybody who lives in Amsterdam. 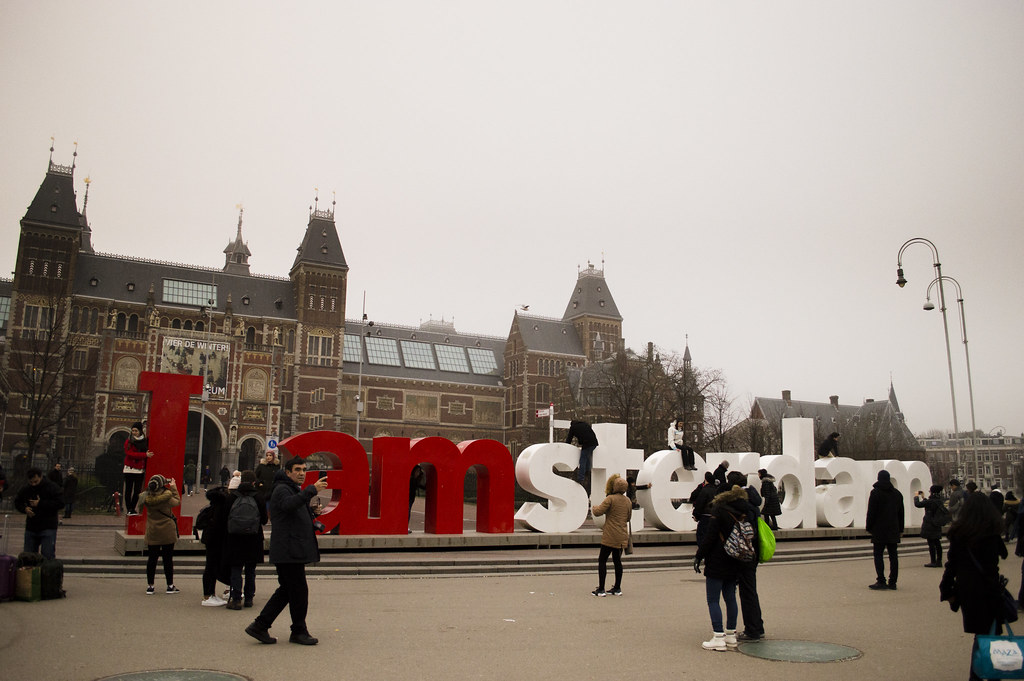 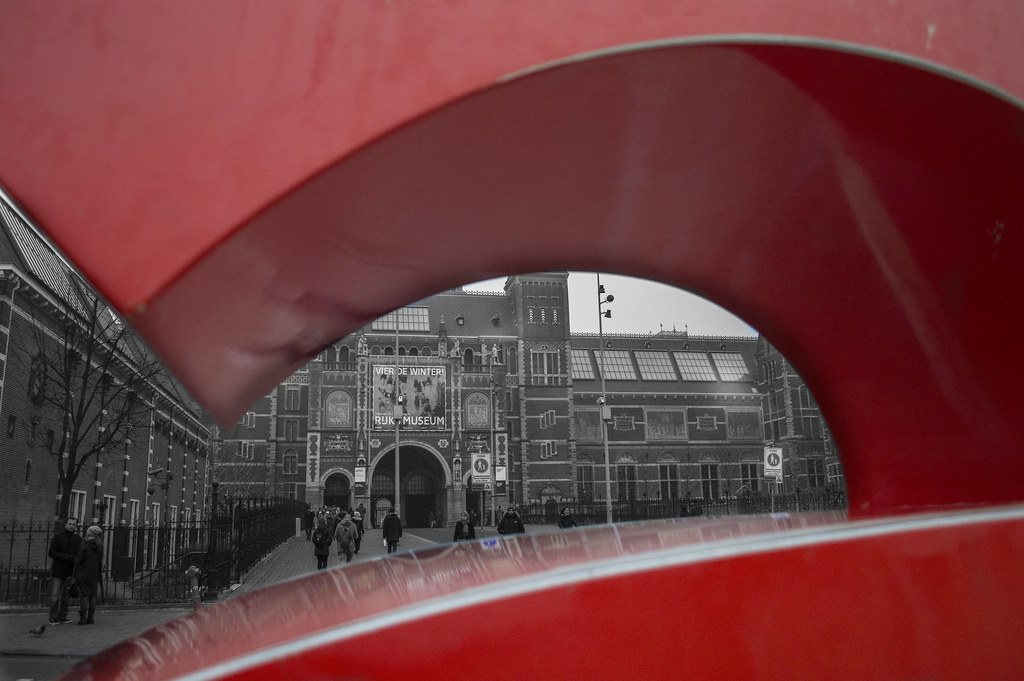 Go to the Dam (square)

If you are on a budget, there are a number of things you can do in Amsterdam for free.

One of those things is visiting the Dam. At the Dam Square, you will find a lot of notable buildings: the Royal Palace, the New Church (Nieuwe kerk) and Madame Tussaud’s. Because of these buildings and frequent events, it is one of the busiest squares in Amsterdam. You are never alone here. 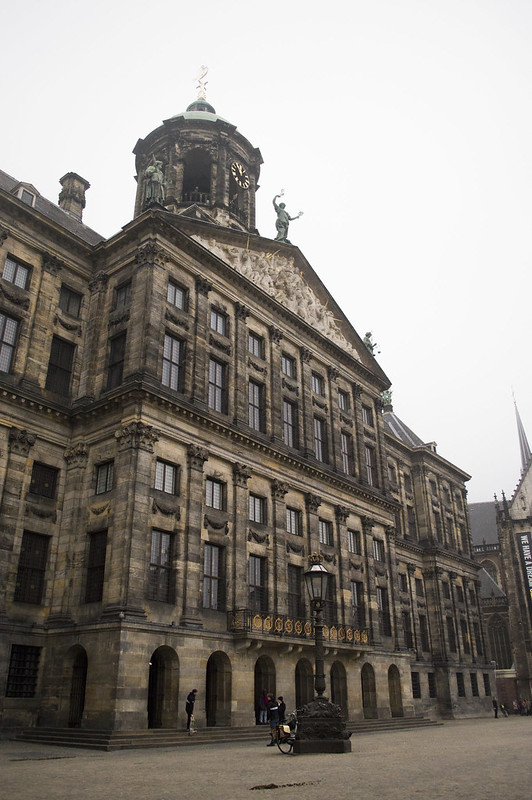 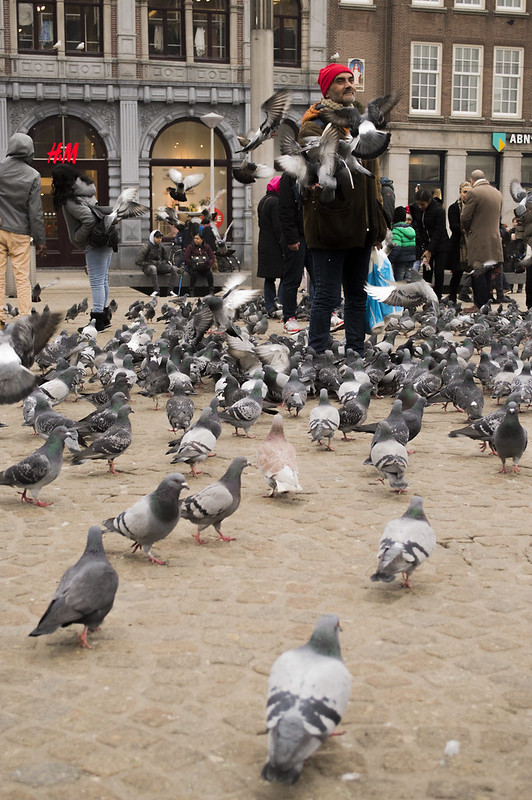 Wander (or bike) around the streets

The many canals (100 km) and 1500 bridges are perfect for just wandering around. Get lost in the little streets, do some shopping, enjoy a croquet or a stroopwafel and just enjoy this historical city.

If you want to explore Amsterdam like locals do, you can rent a bike. It will let you to bike through the Rijksmuseum. There is about 400 km of bike paths in Amsterdam so you can get literally everywhere. 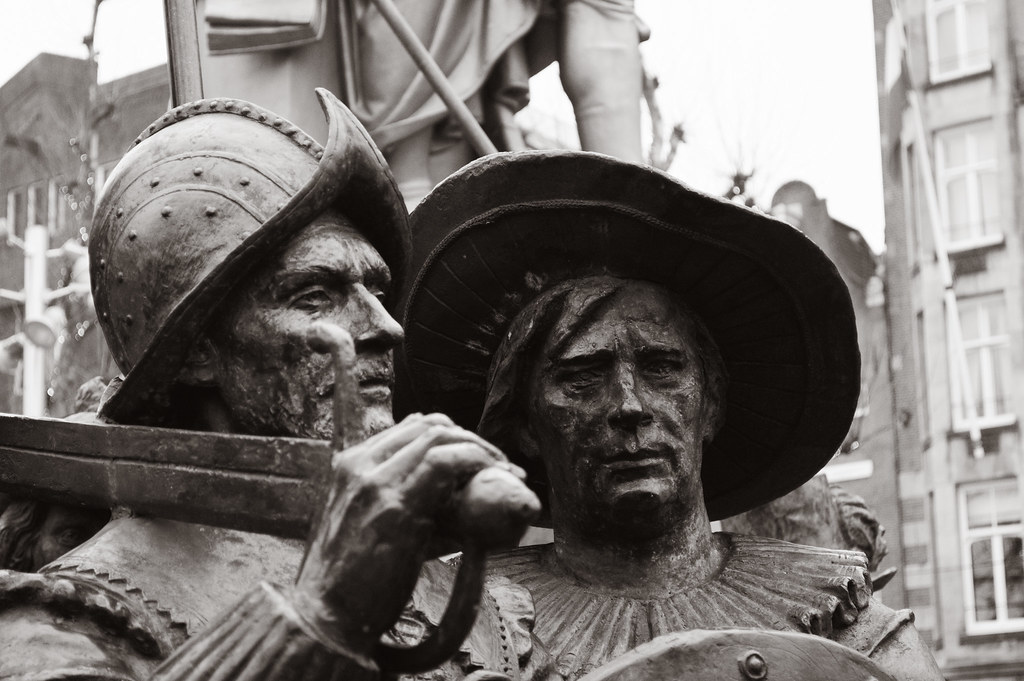 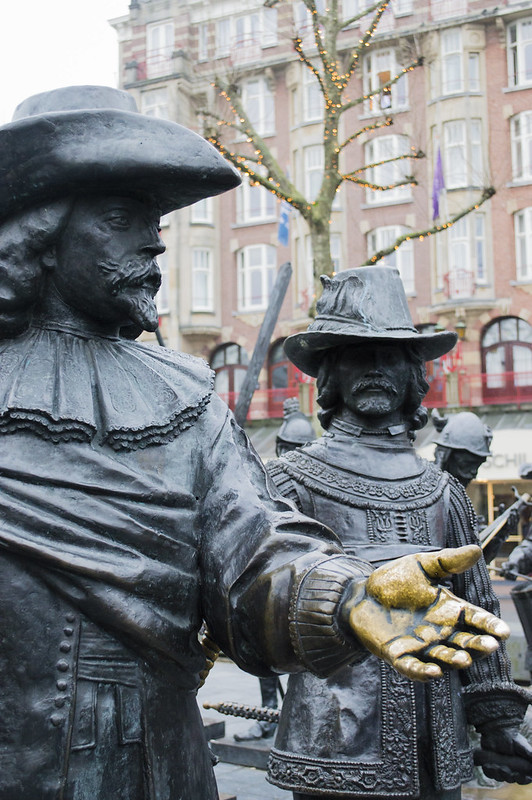 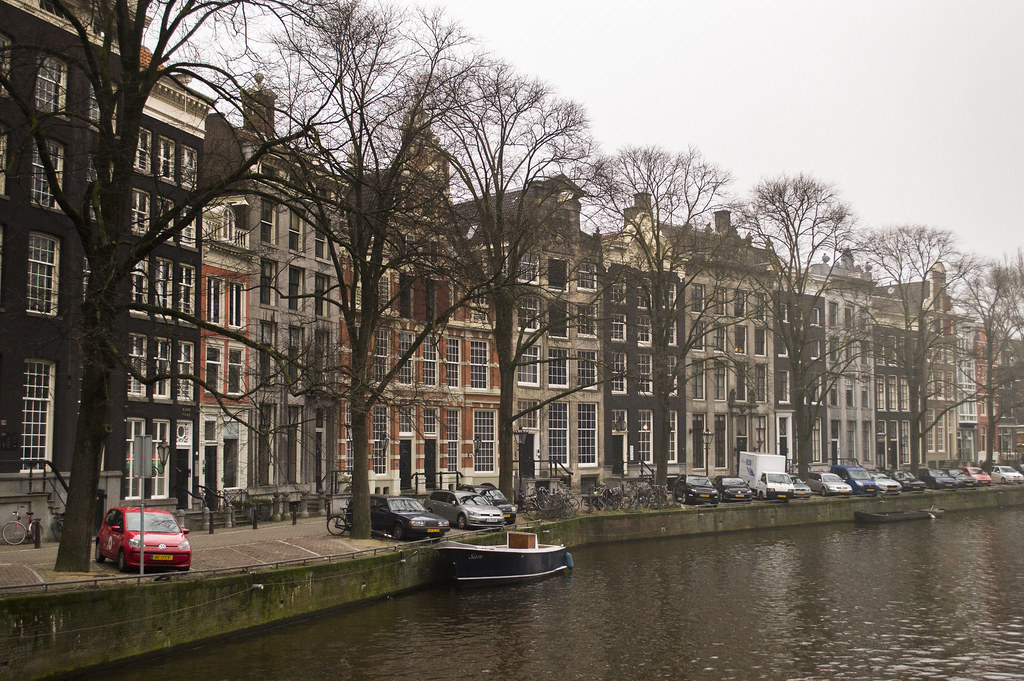 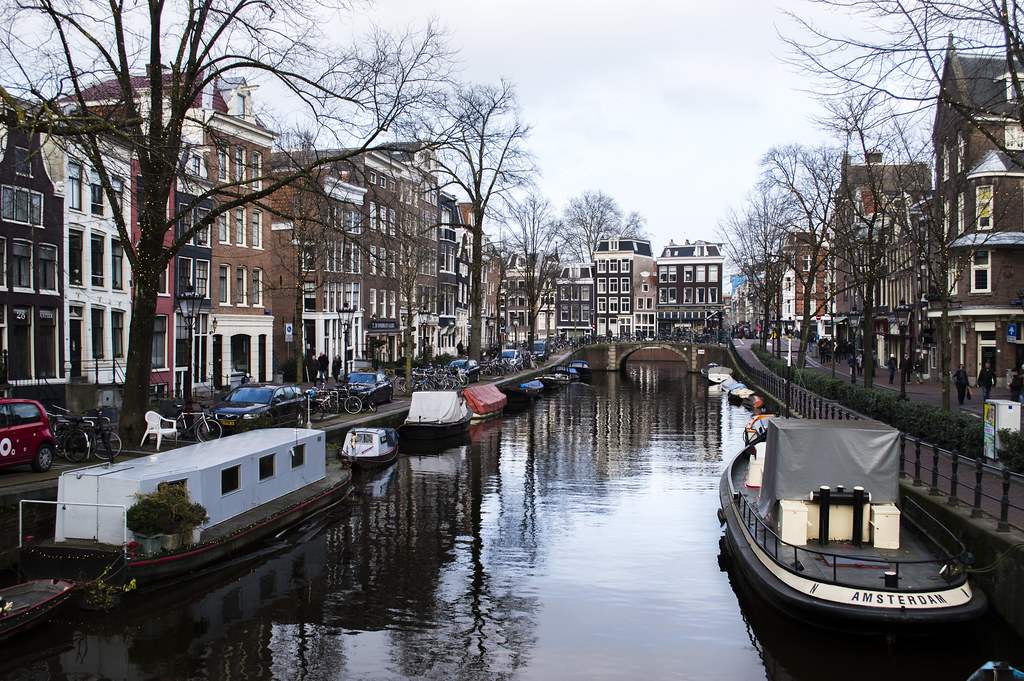 What was your favorite thing to do in Amsterdam? 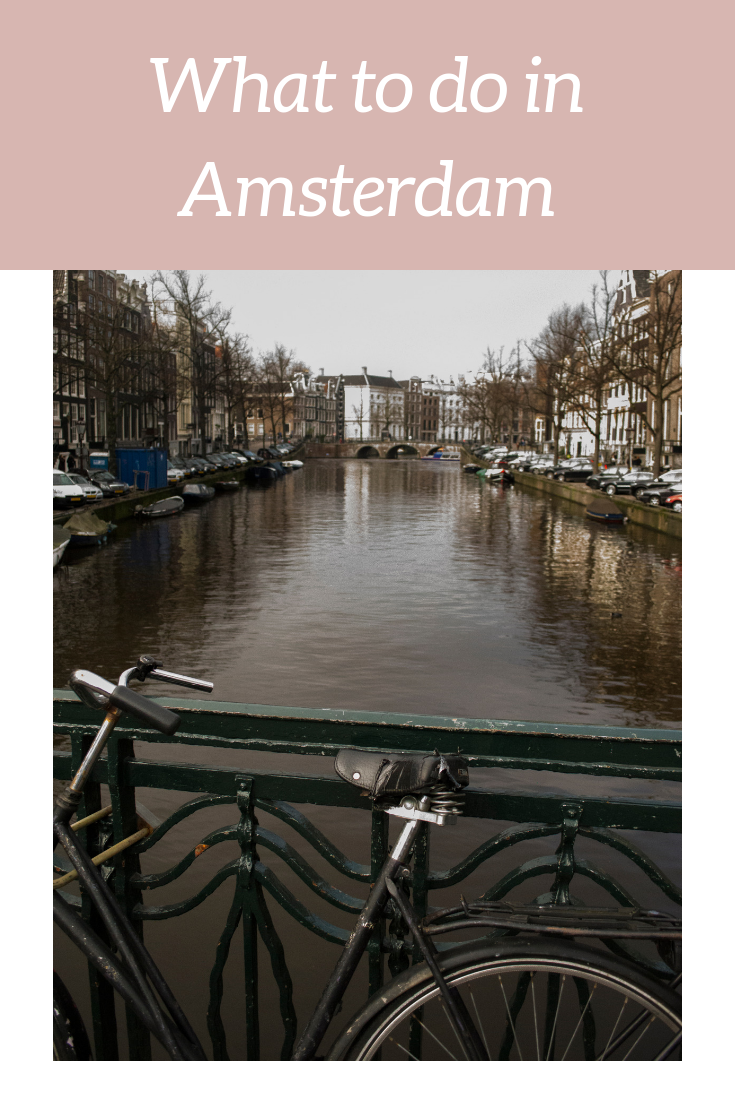