Who says Belgium, also says beer. And what is the best way to learn about beer and enjoy it? Do a BeerWalk in one of the important beer cities in Belgium, Mechelen.

If we are talking about brewing, Mechelen has a very rich history. There used to be dozens of breweries in the city. Brewery Het Anker is the only left. Established in 1369 on the edge of the Beguinage in Mechelen, it is one of the oldest breweries of Belgium. 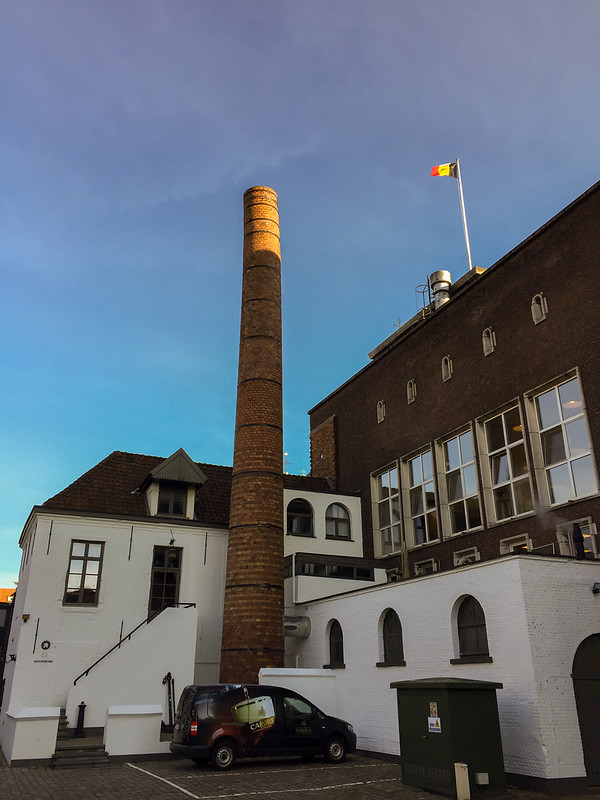 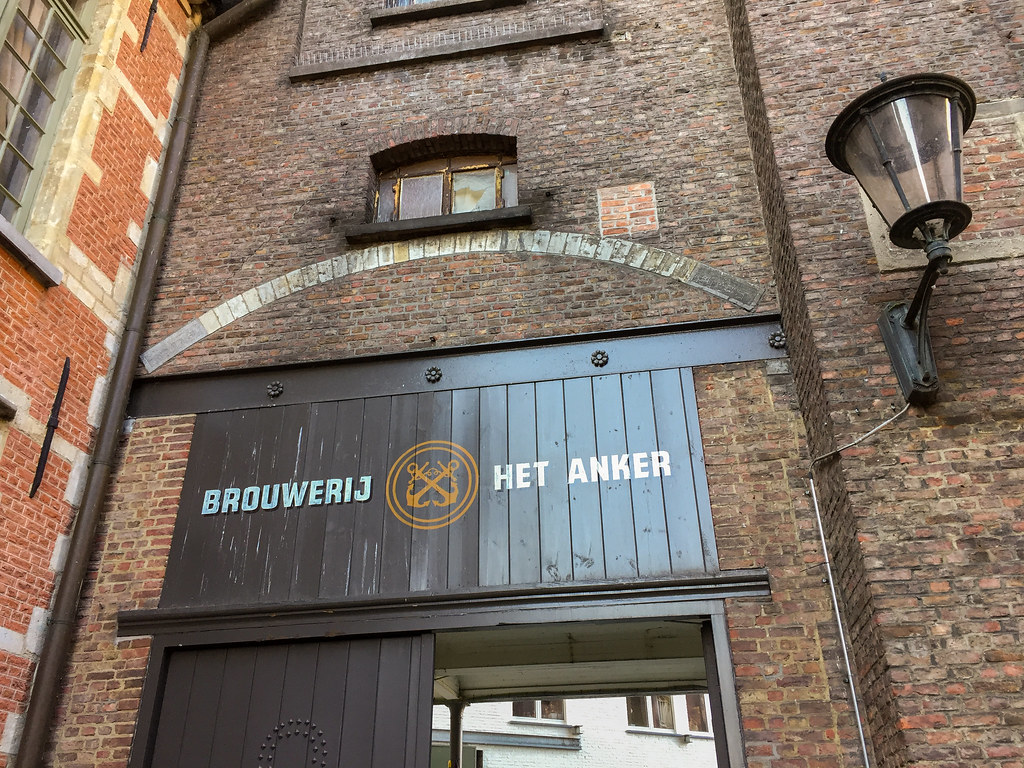 Thus, it isn’t surprising that our BeerWalk starts here. Our guide tells us about the history of the brewery as well as the history of brewing in Belgium. And all this while enjoying our first beer of the day: a Maneblusser. This blond beer with an alcohol percentage of 5.8% vol is easy drinkable: perfect to enjoy in the sun with friends or during a barbecue. And the name Maneblusser (or moonextinguishers)? It is “nickname” for the people living in Mechelen. The story goes that one night, the people in Mechelen though that their Saint Rumbold’s tower was on fire and they came running to extinguish the fire. But thankfully there wasn’t a fire, it was only the glow of the moon through the foggy clouds. 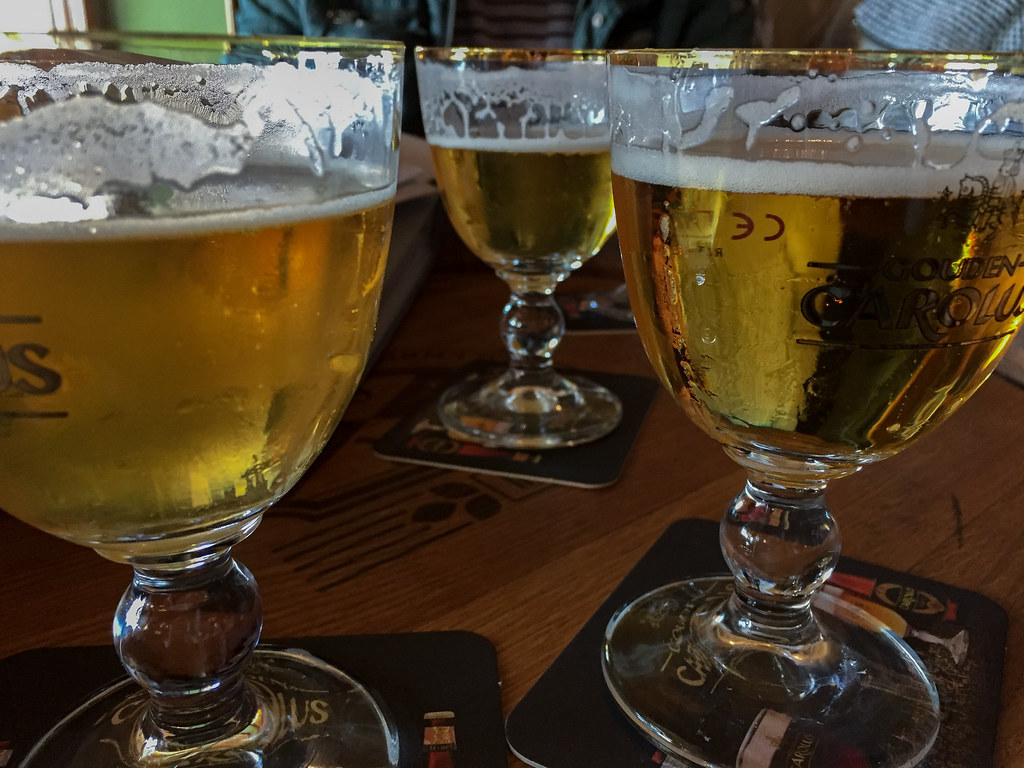 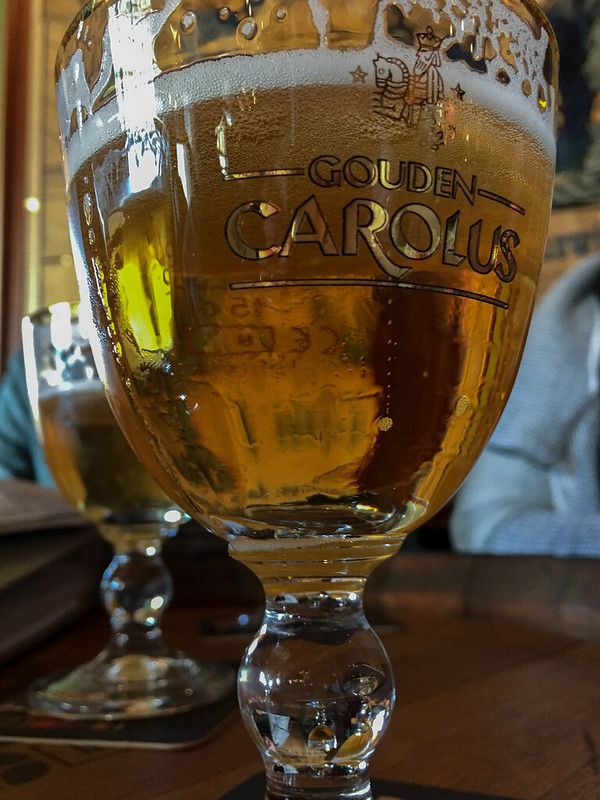 With our guide, we then walk through the Beguinage. He pointed some important buildings and places. And he didn’t left out the funny stories and anecdotes. 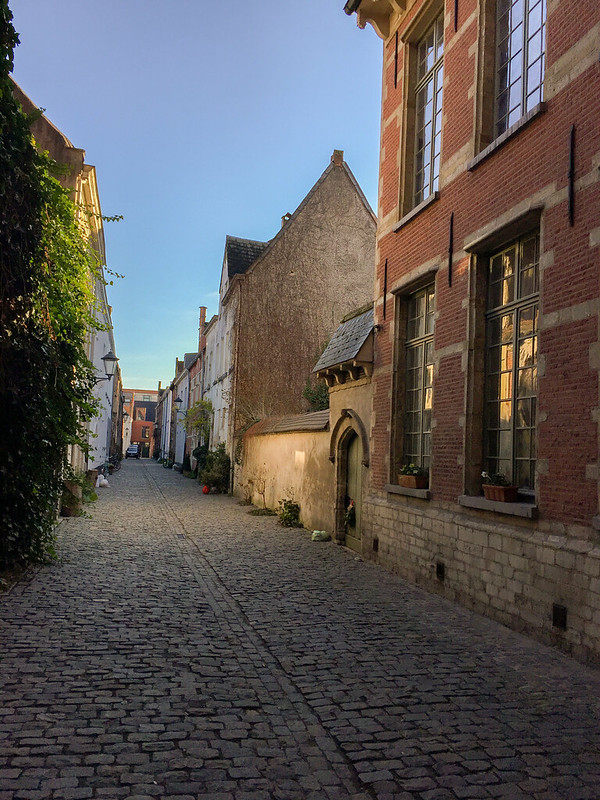 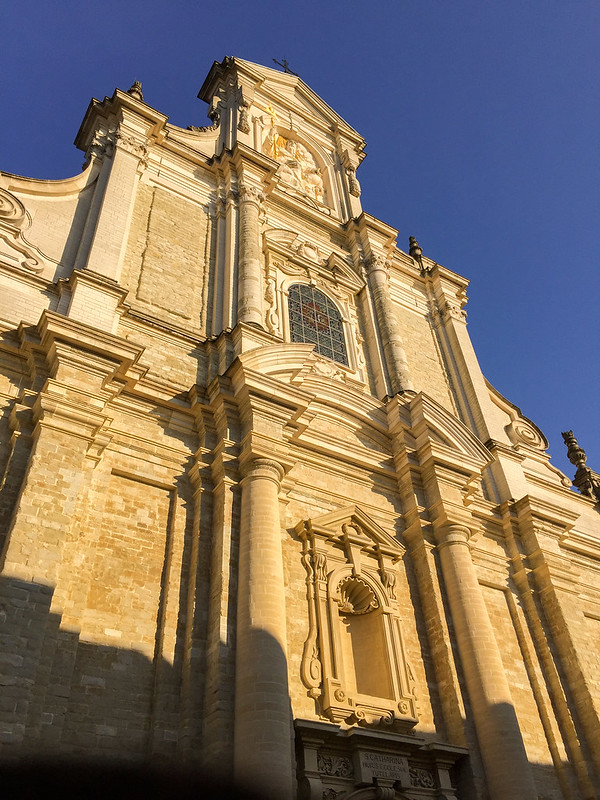 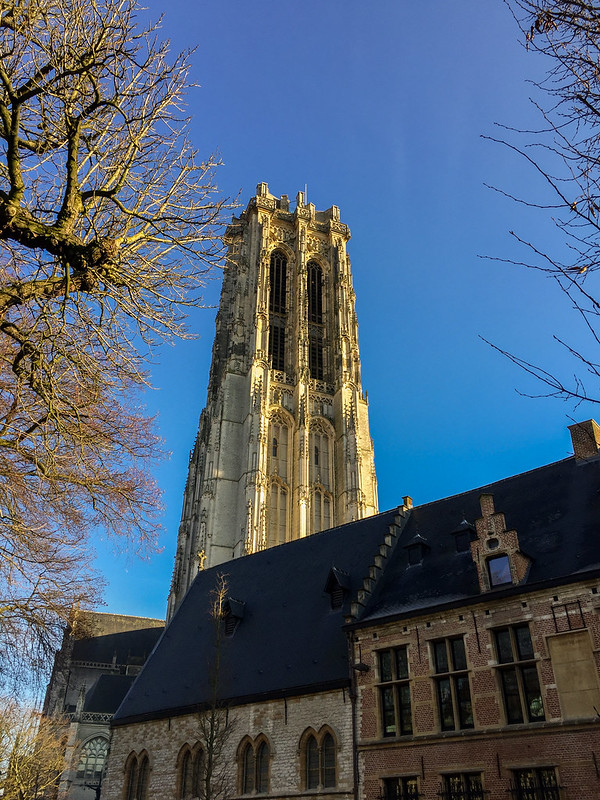 Next stop of the BeerWalk was the Vismarkt and more specifically the pub Ankertje aan de Dijle. During the summer, you can enjoy a Gouden Carolus Classic on the terrace and soak up the atmosphere on the square. This dark beer was named after the coins of the Emperor Cherles. It was he who once said:

“I prefer the juice of the ears of the corn, better than the blood of grapes”

And thus he proclaimed his love for beer. Gouden Carolus Classic was my favourite beer of the day: powerful and sweet. 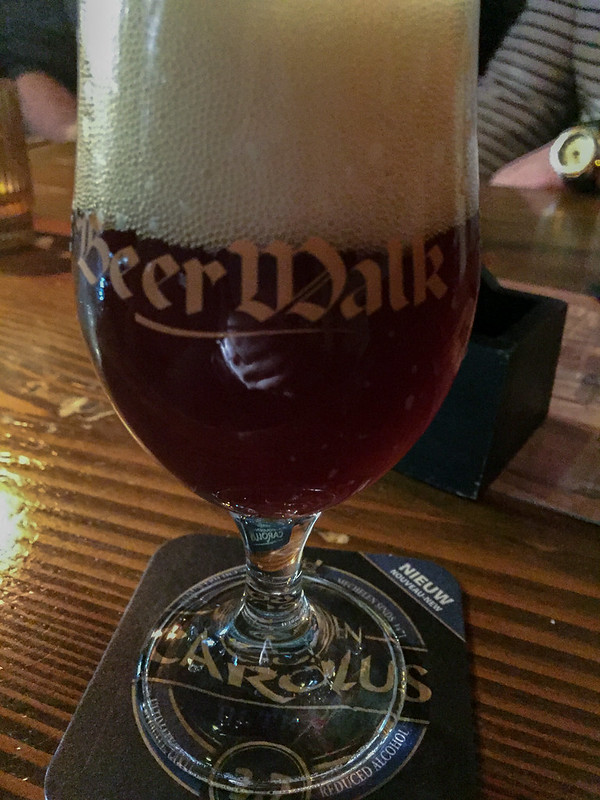 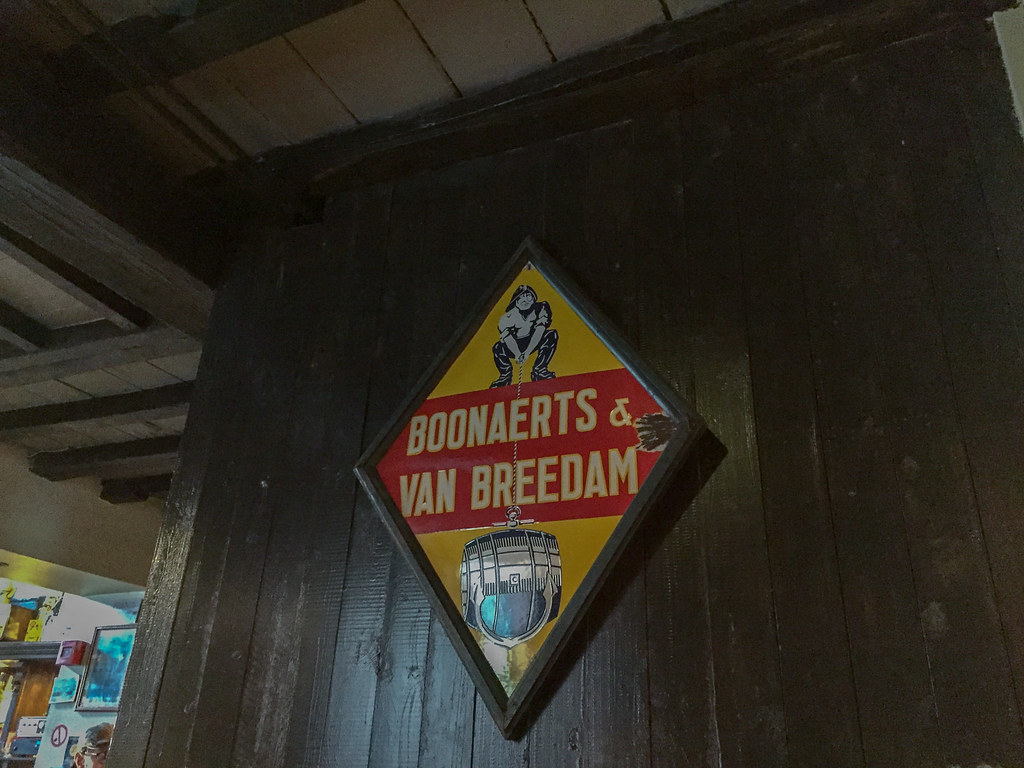 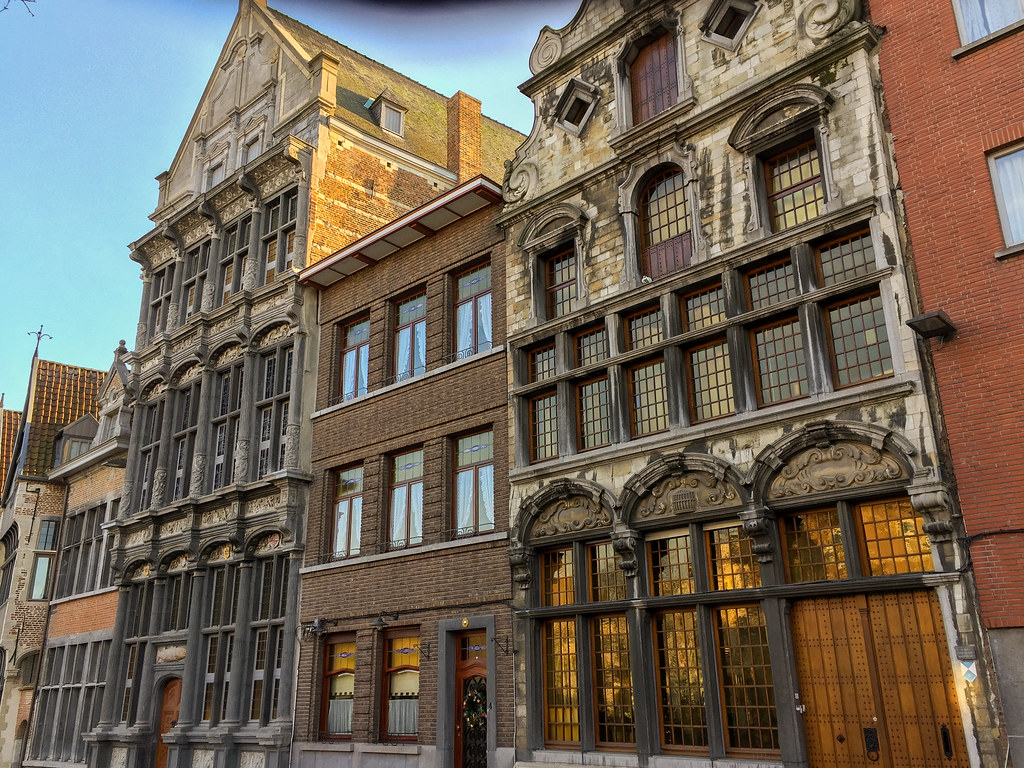 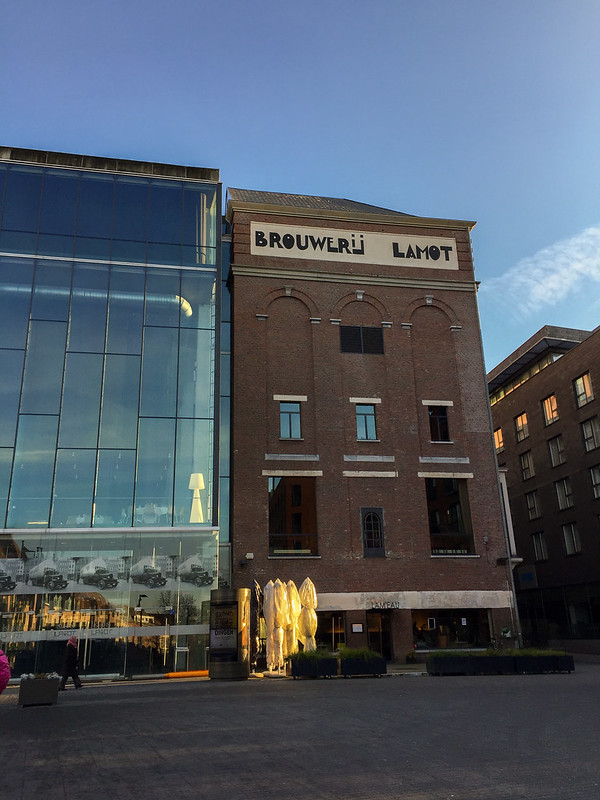 We continue our BeerWalk to Kafee Zapoi: here our guide explained more about the brewing process and what influences it. They even do research about the effect of music on beer while brewing or tasting. At Kafee Zapoi we drank a Gouden Carolus Hopsinjoor. The bitterness is the result of 5 different hop varieties that are added at different time points during the boiling process. This was my least favourite beer, but more because I don’t like the bitterness. My boyfriend did enjoy it. 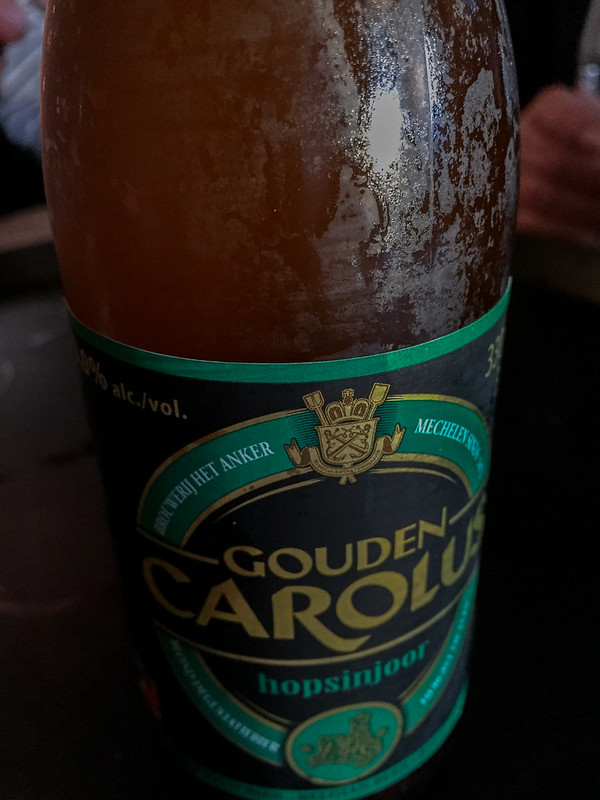 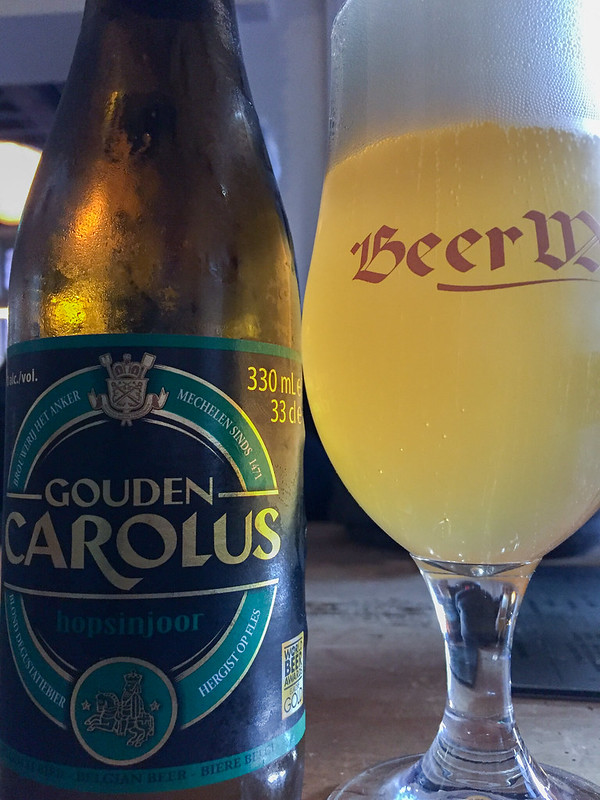 When going to the oldest pub in Mechelen, d’Hanekeef, we pass the beautiful Market Square of Mechelen. This pub has about 50 different beers. The end of the BeerWalk is a Gouden Carolus Ambrio, an amber beer of high fermentation brewed according to the old recipe of the Mechelschen Bruynen. 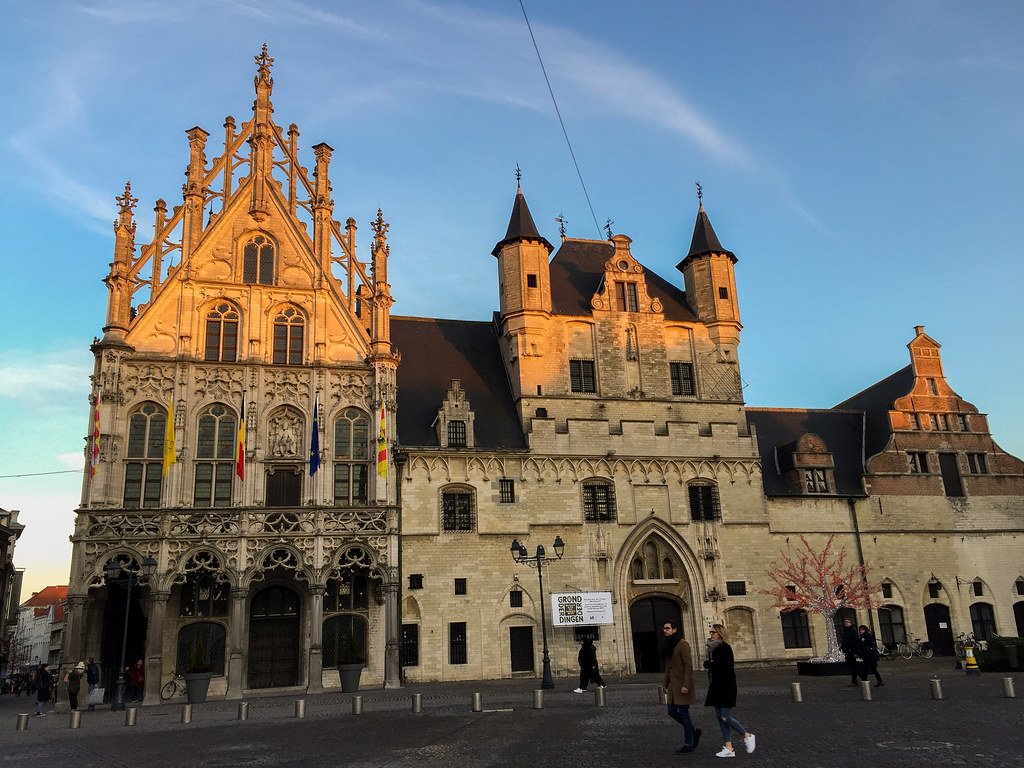 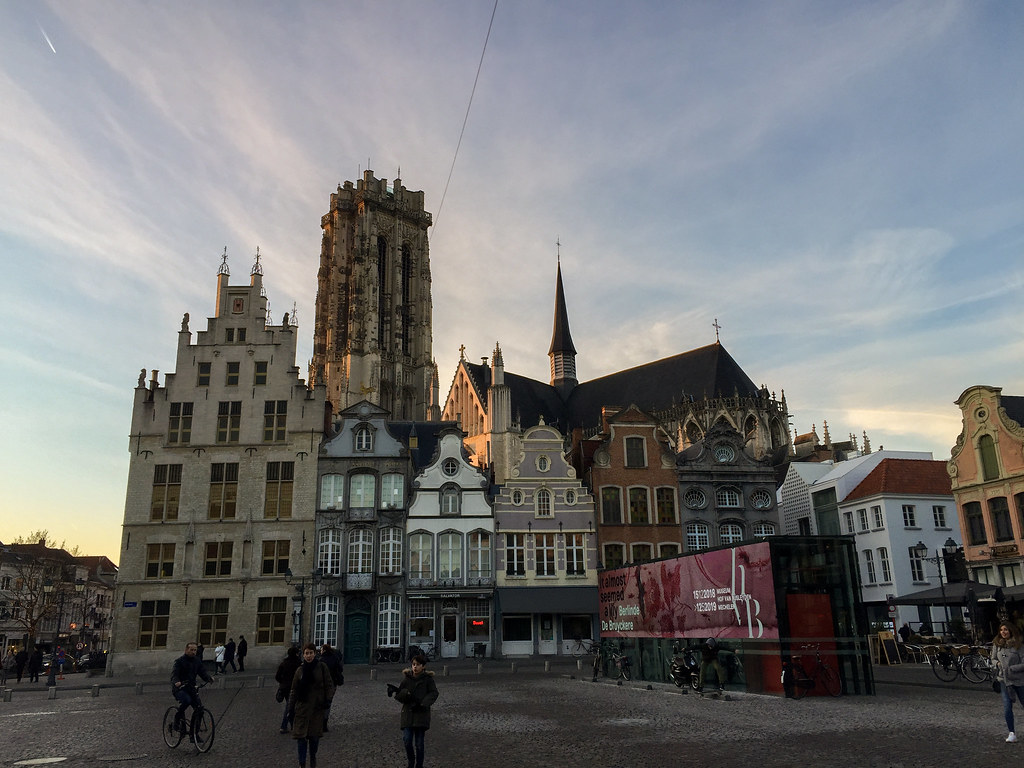 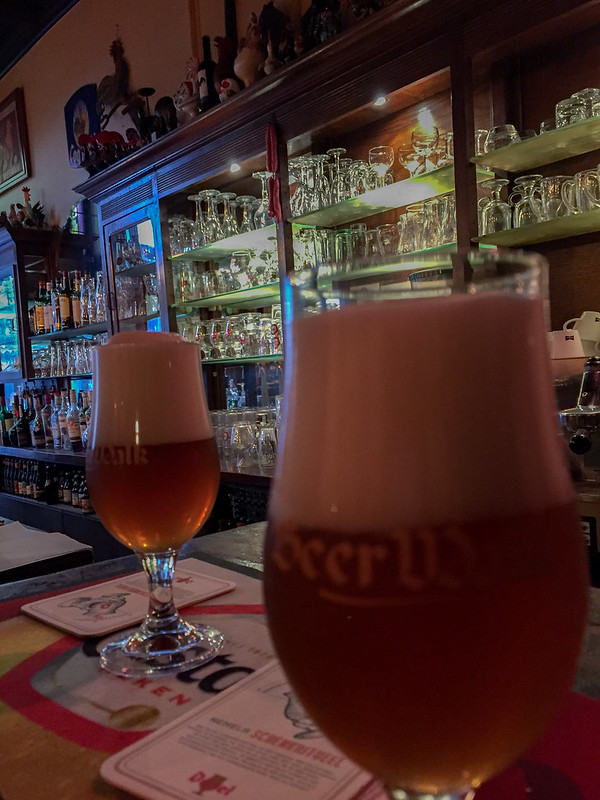 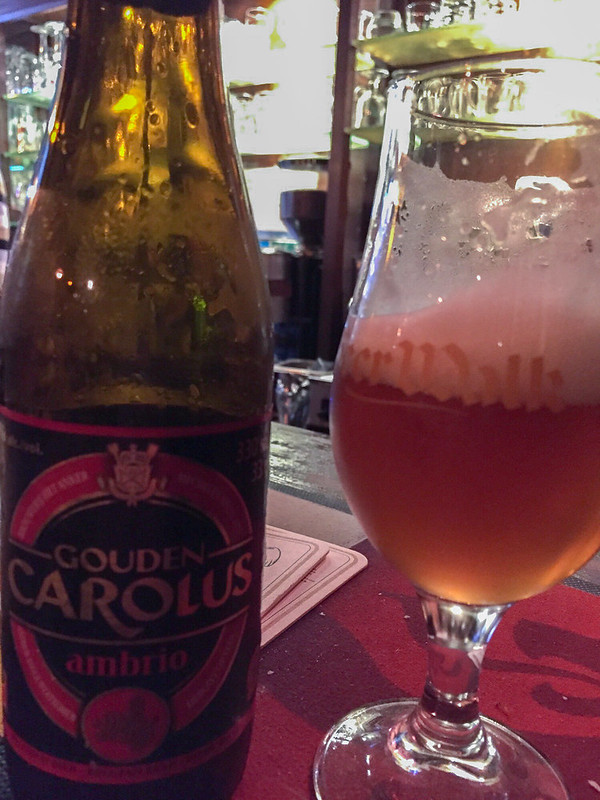 As a goodbye gift, we each received a beer glass of BeerWalk. Perfect to keep tasting beers at home.

Do you also want to participate in a BeerWalk in Mechelen or another city in Belgium? Check the website of BeerWalk for the different possibilities. If you are a beer lover, I really recommend it.

Got hungry from all the beer tasting? Here are some tips for restaurants.

And if you really want to enjoy Mechelen, make it a weekend. You can find hotels here.

These are some more pictures of our walk through beautiful Mechelen. 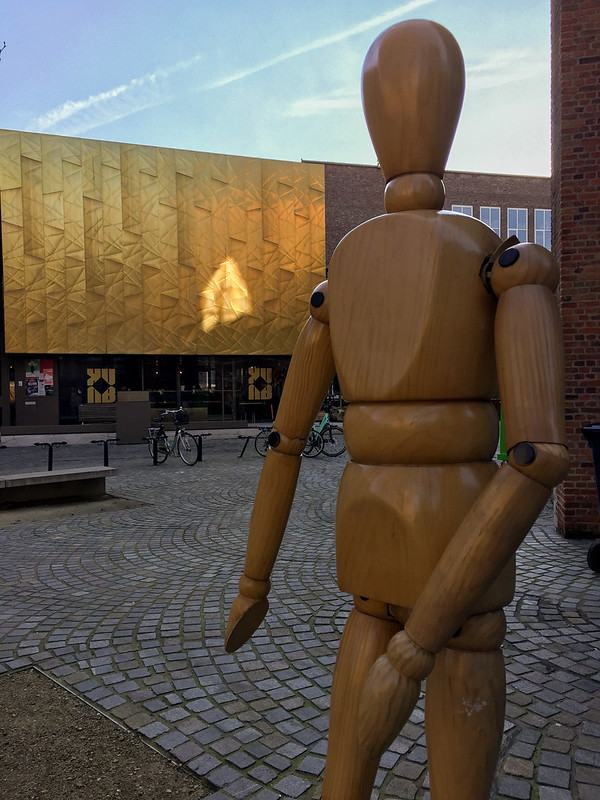 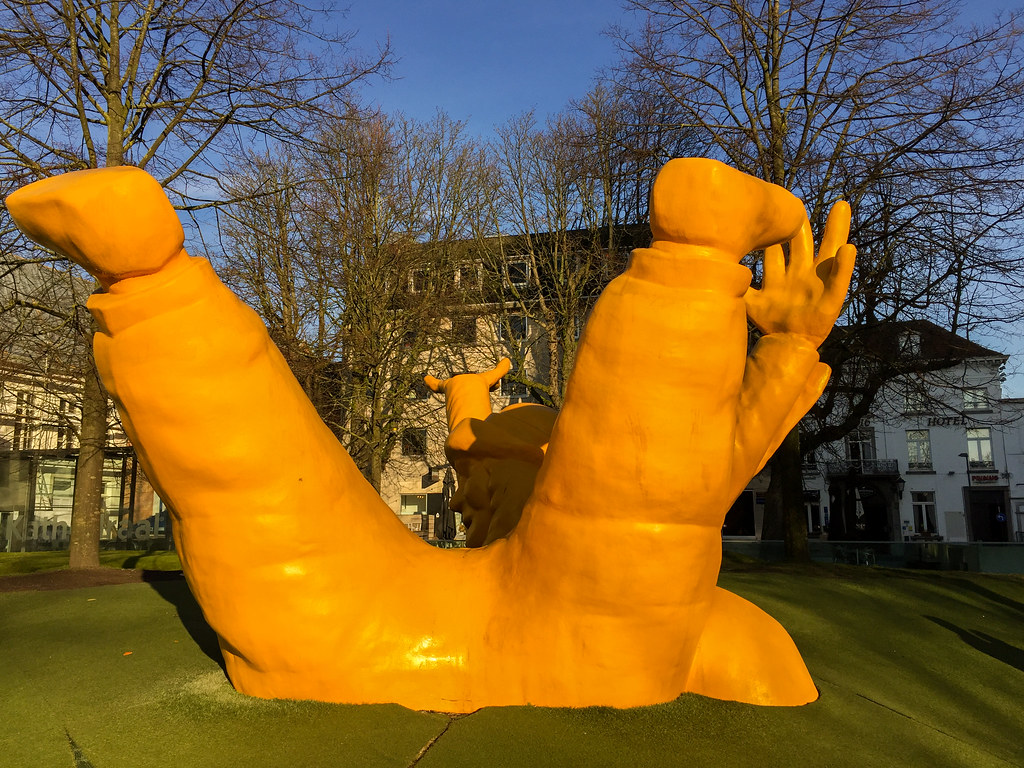 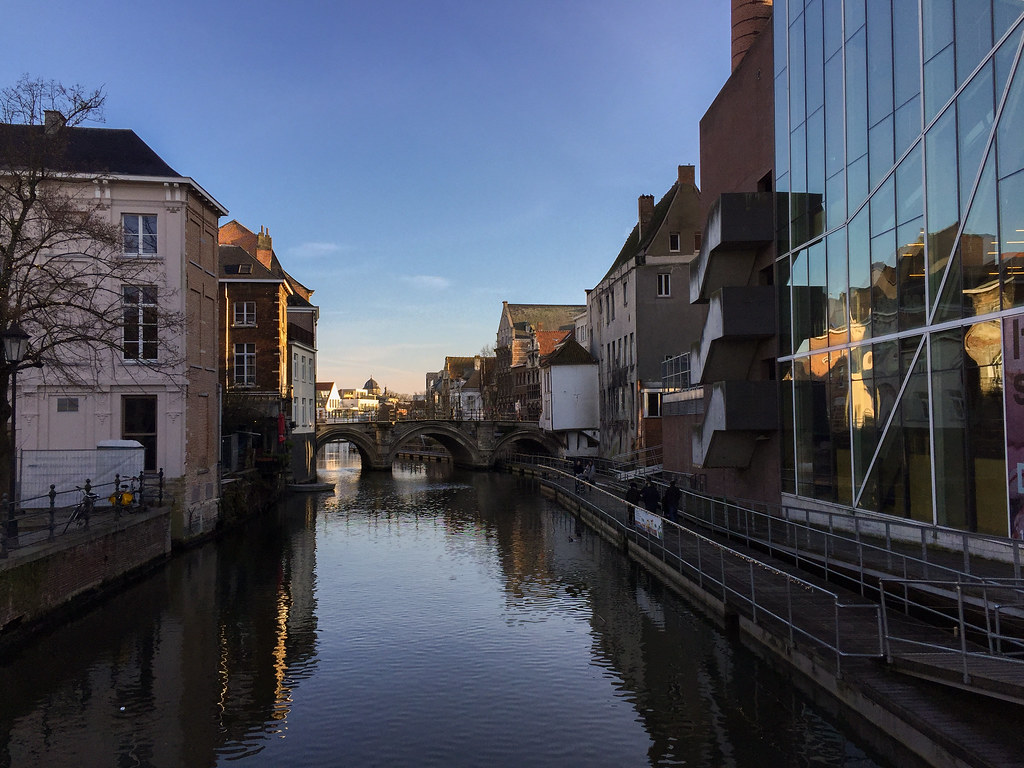 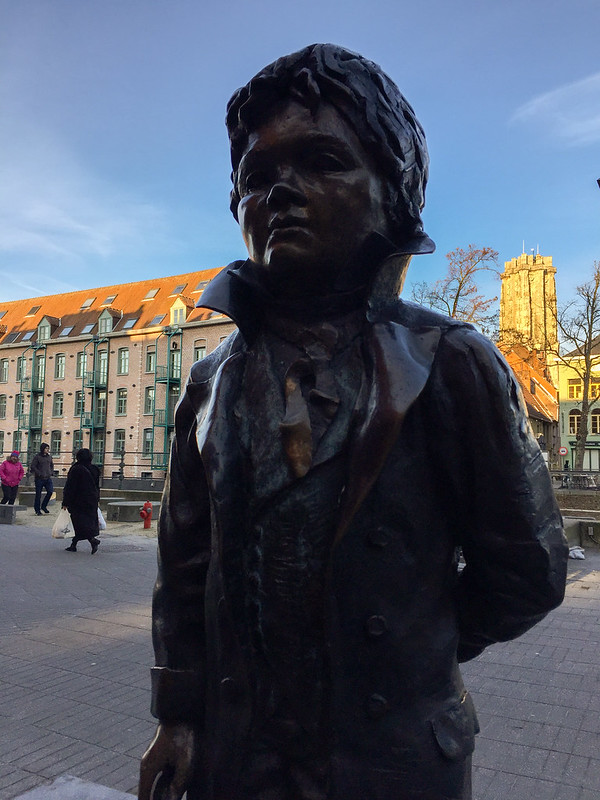 Did you ever do a BeerWalk?

This post is the result of a fun collaboration with BeerWalk. All opinions are my own.