This beer bar is the best beer bar in the world according to Ratebeer. It is a very unique bar because it is only open on Sundays and Bank Holidays from 10 am until 8 pm. And what makes it even more special is that they specialize in traditional Gueuze, Lambic and Kriek beers. They have one of the most elaborate lists of these types of beers at a very fair price. Order some cheese or paté to go with that delicious Gueuze or Kriek.

We enjoyed all these amazing beers on a sunny Sunday outside on the porch. A perfect Sunday. We will be regular visitors, especially to try all those Gueuze and Kriek beers that you can’t find anywhere else. 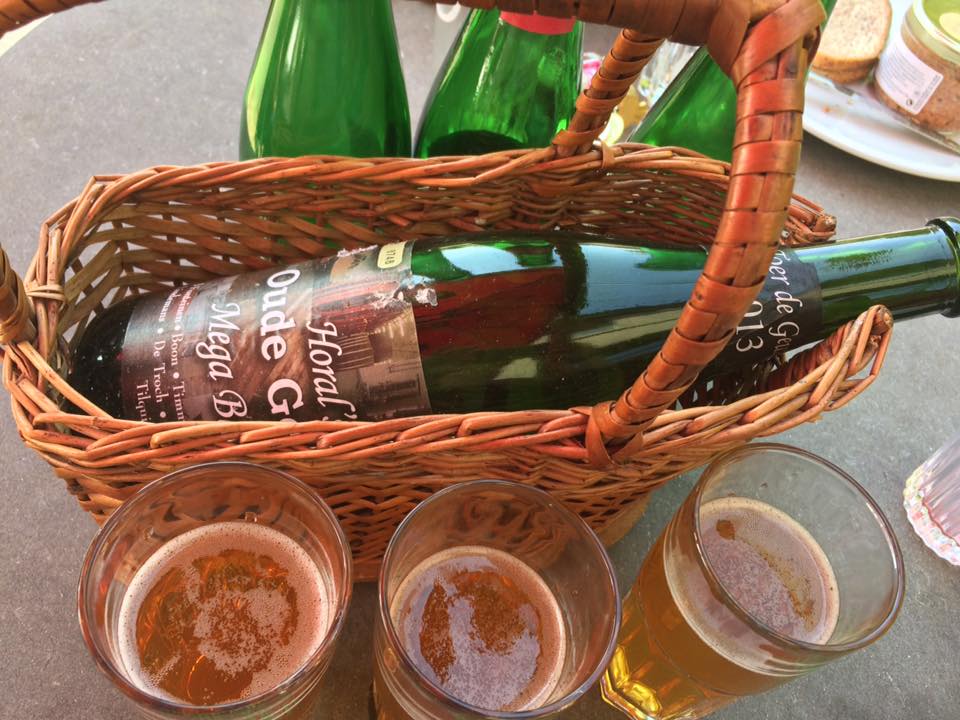 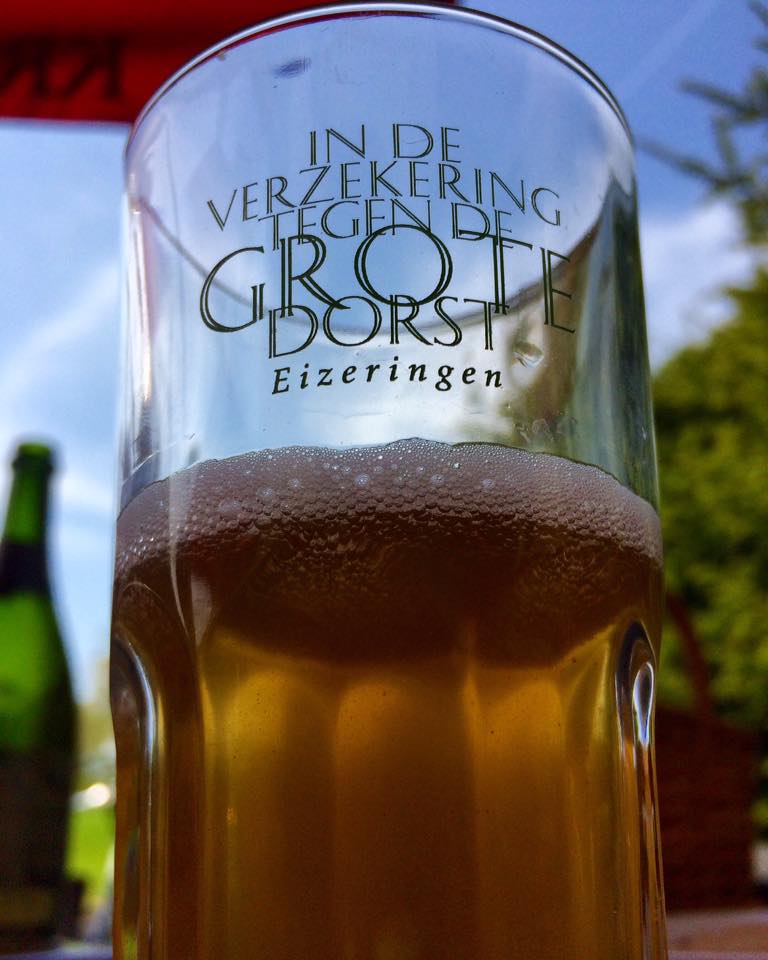 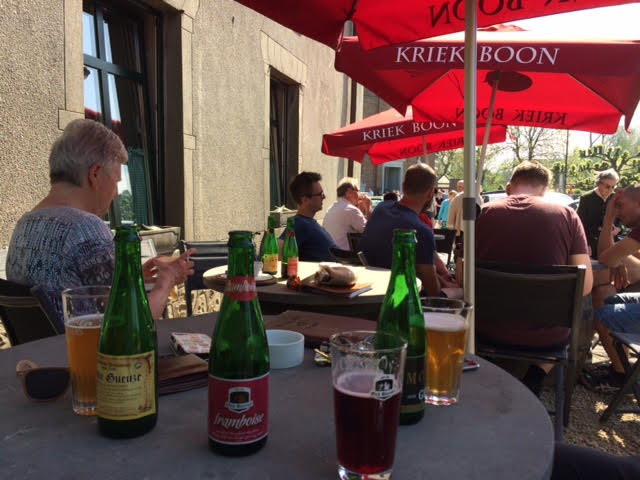 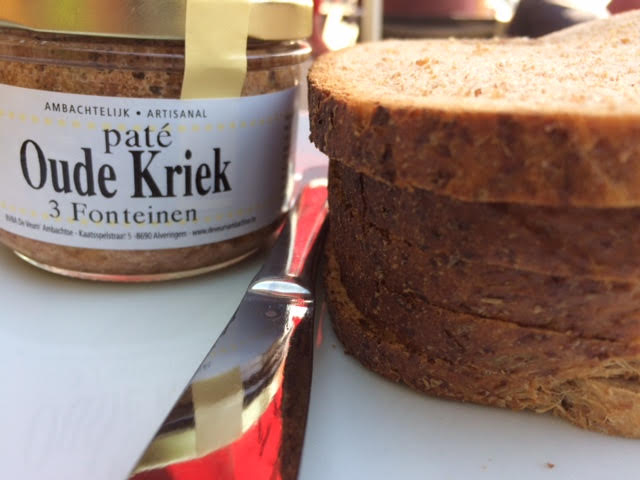 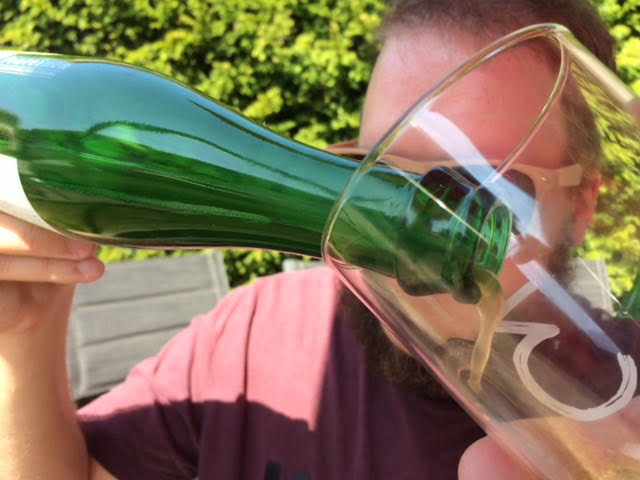 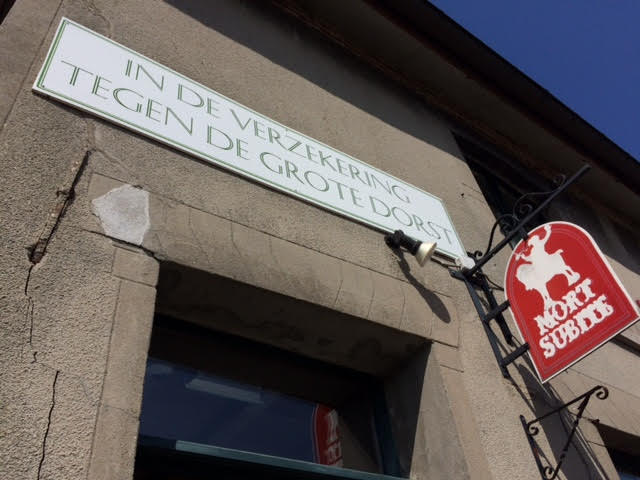 De Stille Genieter used to be THE beer pub in Mechelen. And recently, it is back. At a different location but with the same owner and atmosphere.

They have a very extensive beer menu with the regular beers but definitely also the not so regular beers. Especially lovers of lambic beers will love the selection. And they have several beers on tap, which changes frequently. The interior is cozy with red and white checkered tablecloths and a lot of beer memorabilia on the wall.

Definitely a must when you are in Mechelen 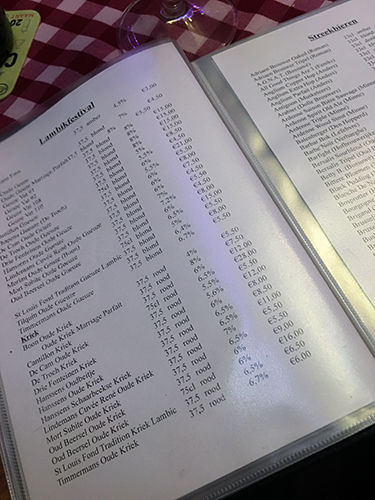 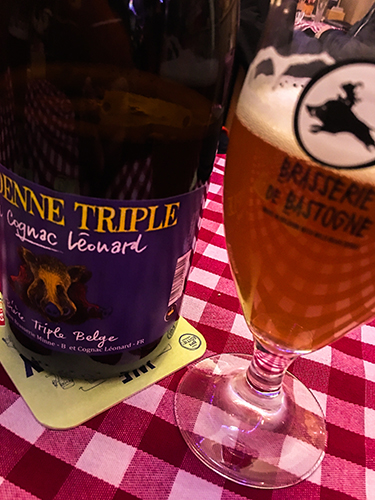 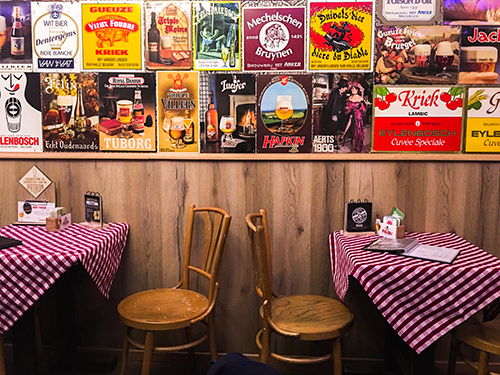 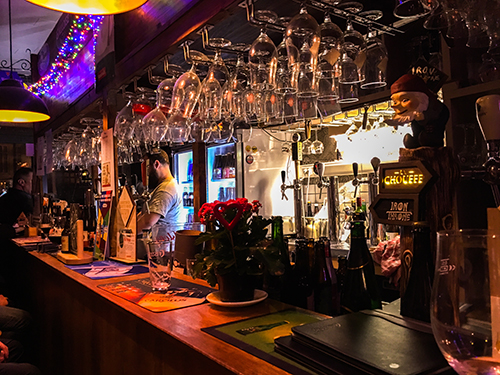 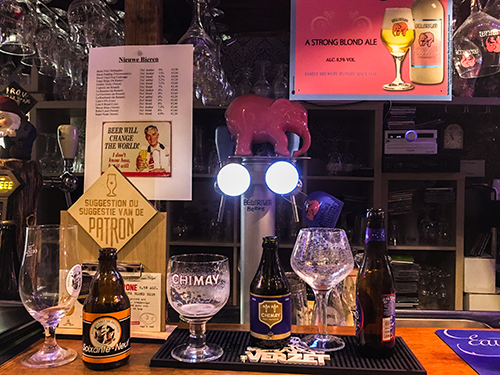 In downtown Brussels, you will find Moeder Lambic Fontainas. As the name already implies, you can find some lambic, gueuze and kriek beers on the menu, but a lot less compared to “In de Verzekering tegen de Grote Dorst”. On the other hand, they had more other style beers, making it a beer bar where also people who don’t like kriek, gueuze and lambic find something they like.

It has a rather modern look with a very friendly service. We also got some toasted wheat to cleanse the palate if you try different beers. 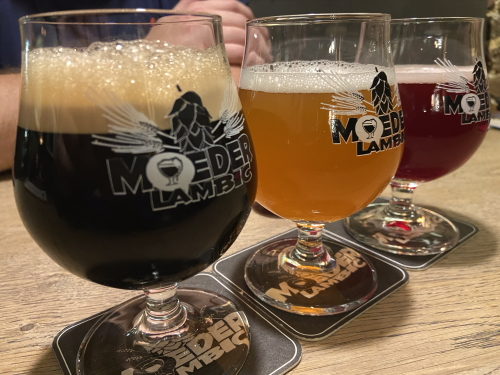 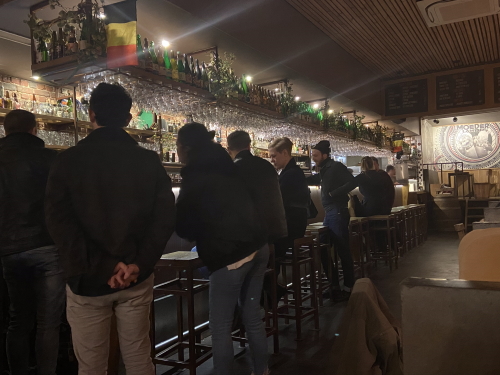 The Beer lovers Bar in Antwerp is not far from Antwerp Central Station. The perfect location. On Ratebeer, the Beer Lovers bar is the second best beer bar in Antwerp.

Because of the 12 changing beers on tap and more than 100 beers in bottles, it is difficult to make a choice. Because the beers on tap change so frequently, it is the perfect excuse to come more than 1 time. Not only the famous Belgian beers are on the menu but also beers from smaller breweries and other countries.

Behind the bar, you will find pentagonal signs displaying the beers that are on tap. This list can also be found on their Facebook page. 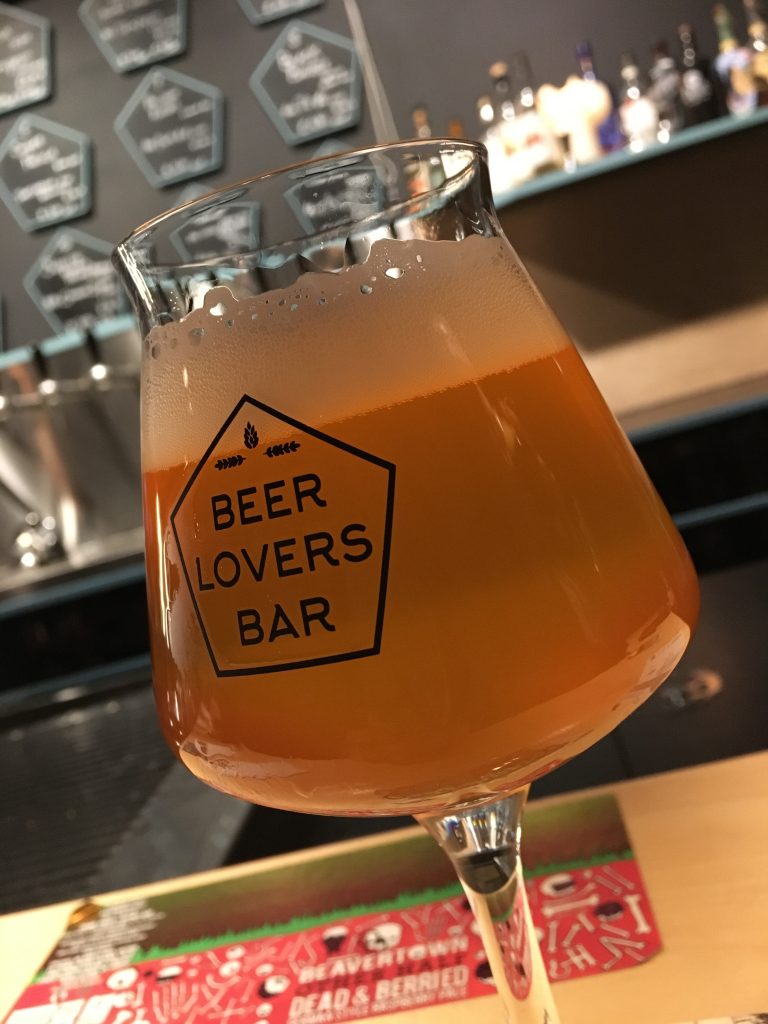 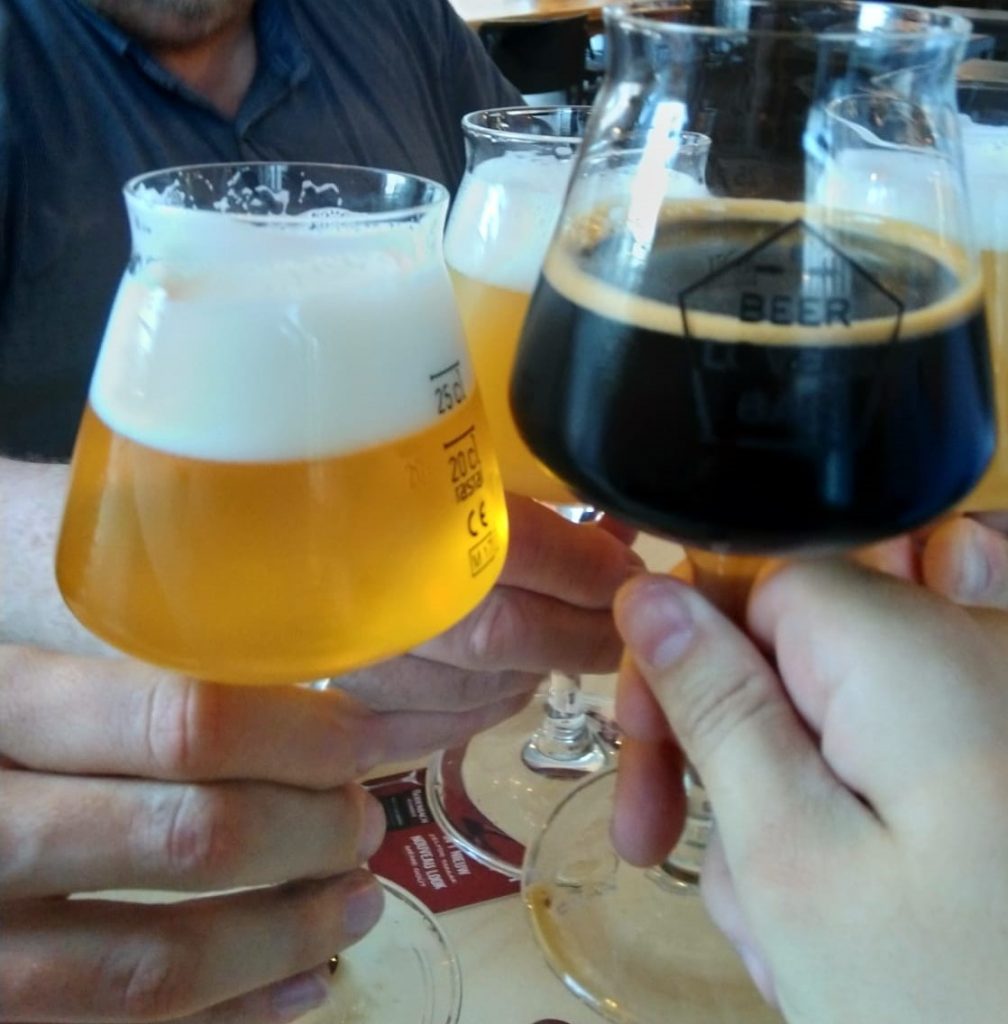 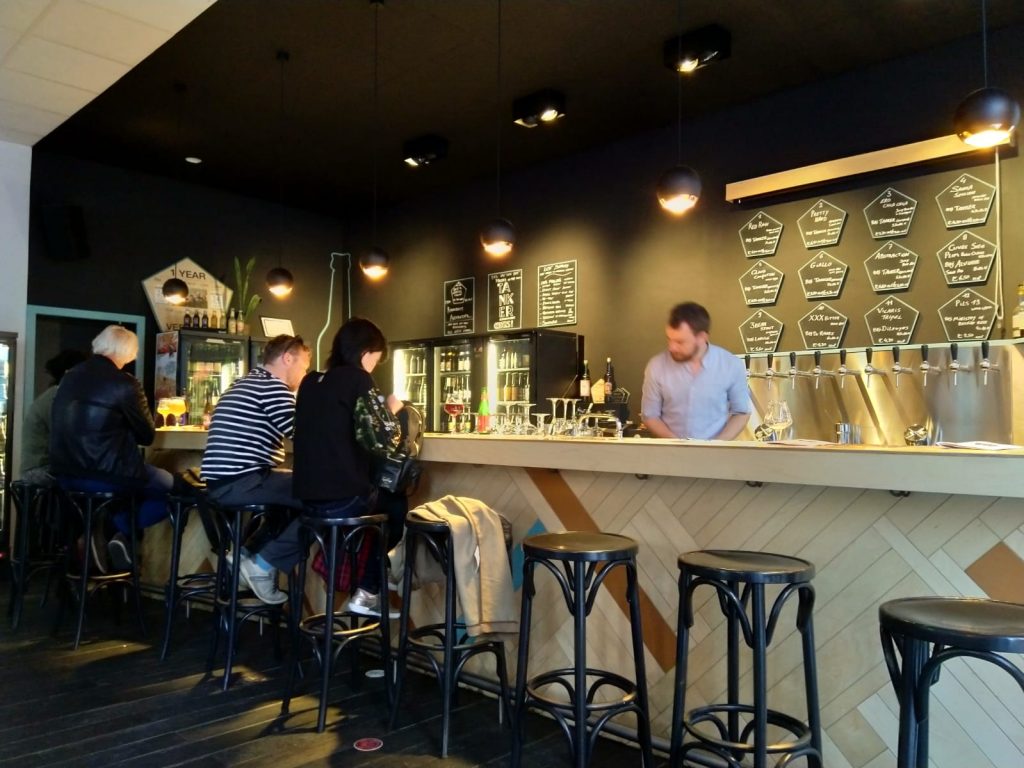 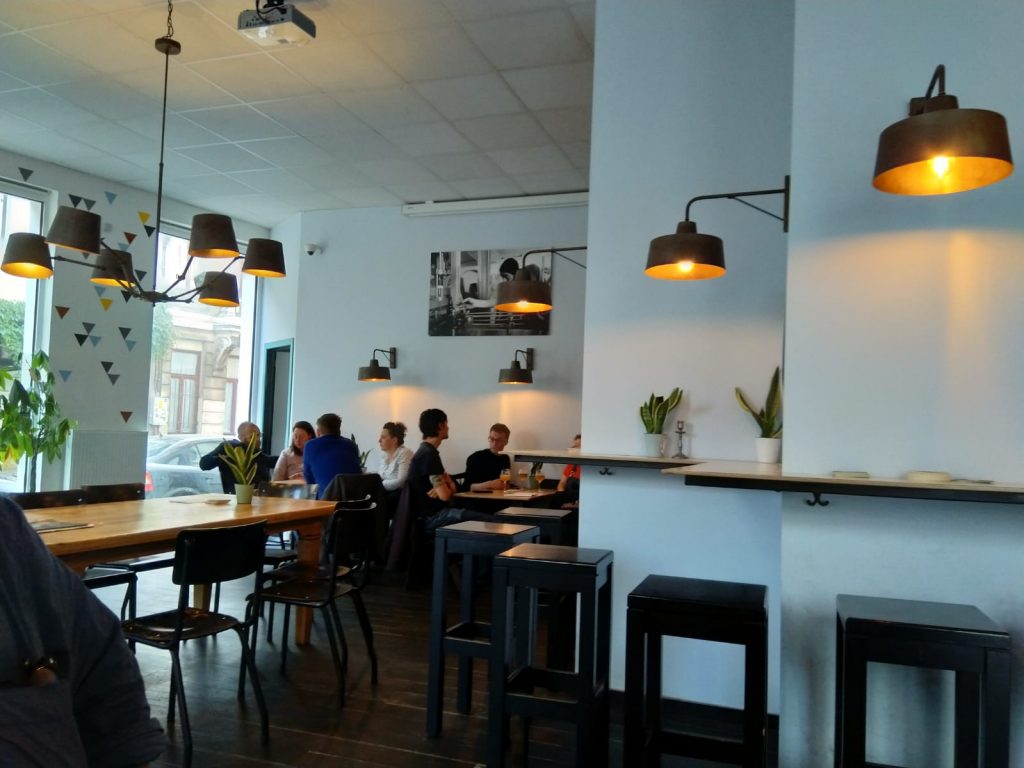 Because of its location next to Manneke Pis in Downtown Brussels, Poechenellekelder is a very popular bar for tourists.

Poechenellen are old puppets and these are still present in this bar. They have a beautiful collection of Belgian beers, even traditional Gueuze and Kriek beers.

Enjoy these beers together with some bread or a meat platter. 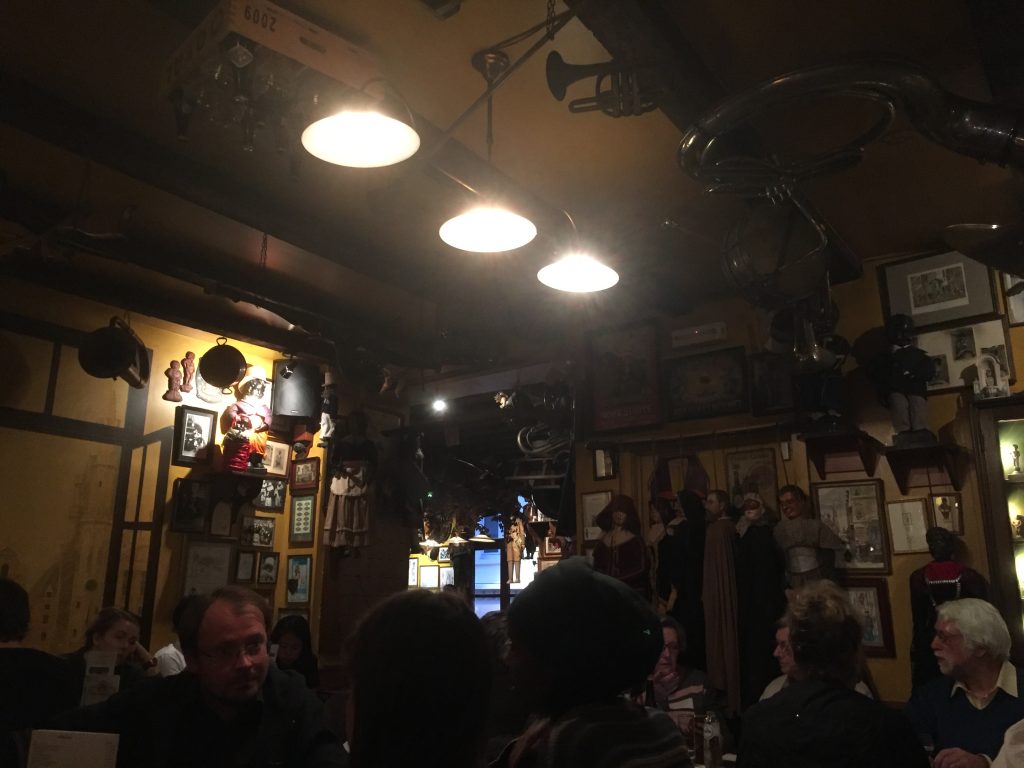 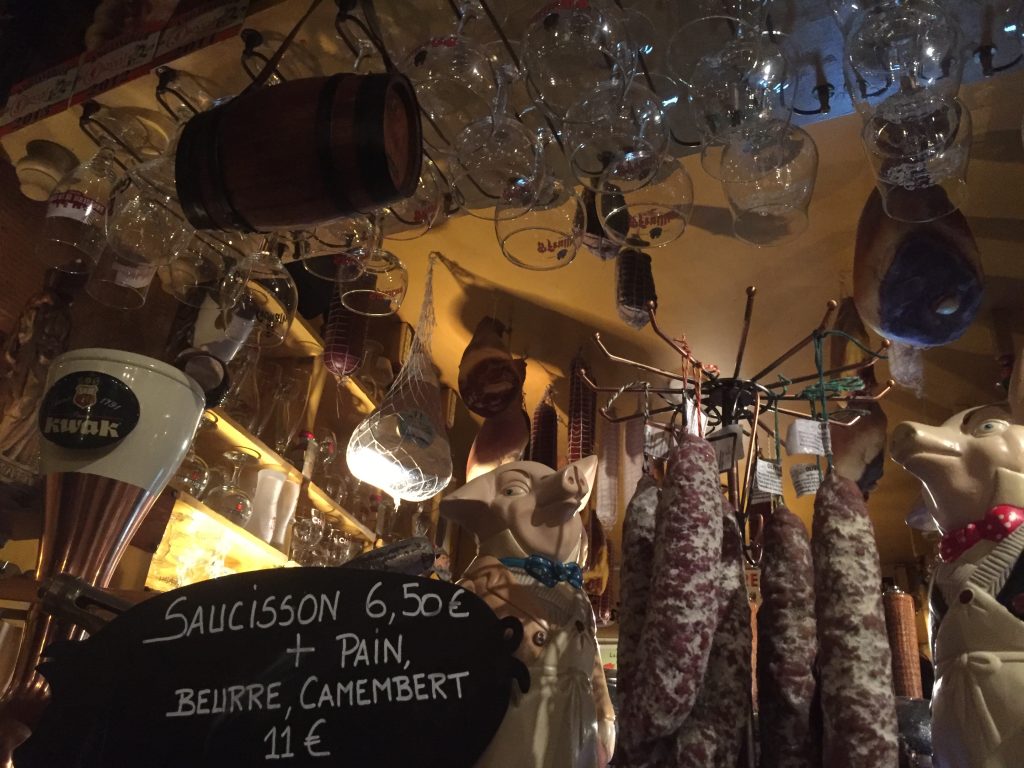 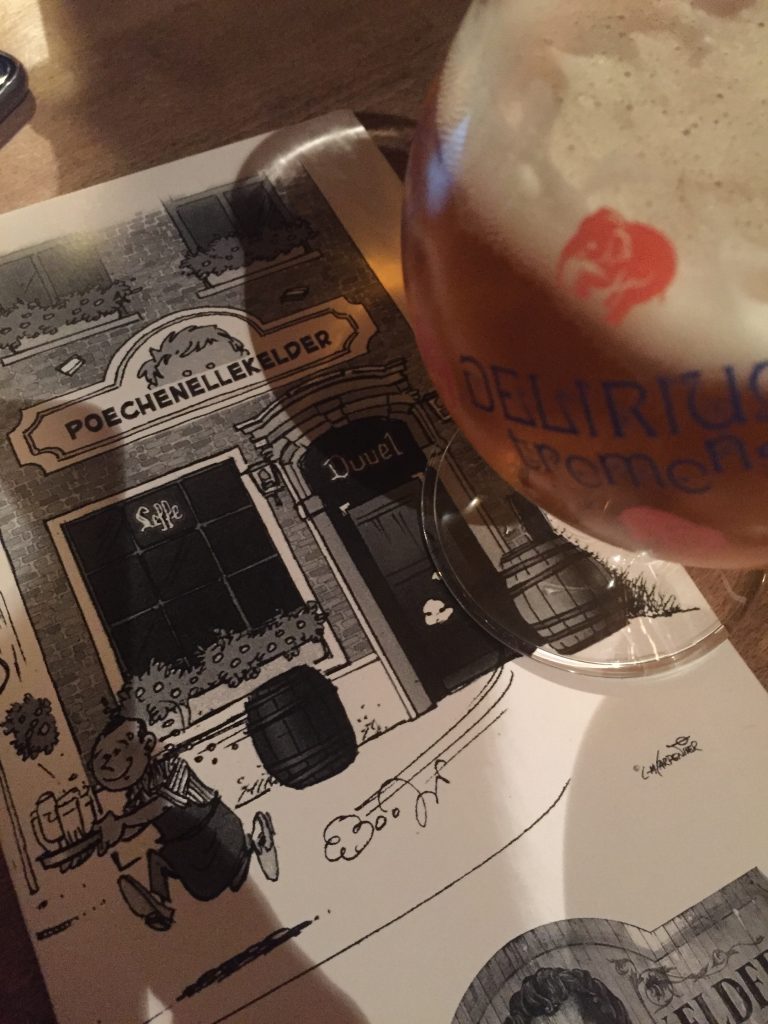 Besides a beer bar, De Heeren van Liedekercke is also a restaurant that serves dishes where beer is the star ingredient. Every month they serve a menu with beer or wine pairing. They are all very surprising dishes made with beer and seasonal.

Of course, you don’t have to take a menu, they have much more to offer. Definitely try one of their sabayon’s made with beer, delicious!! 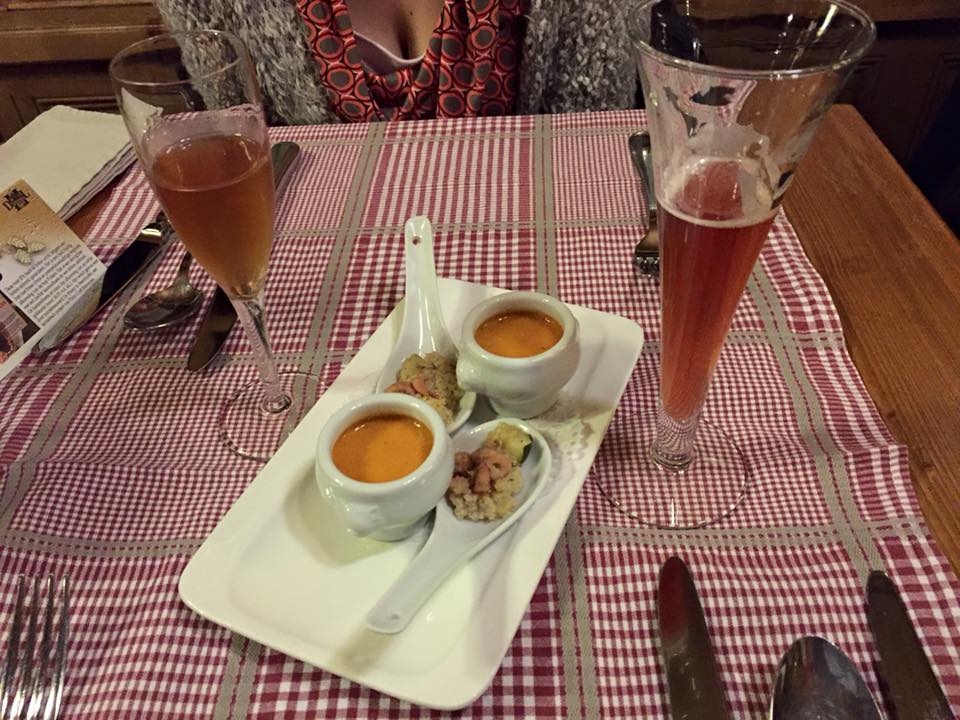 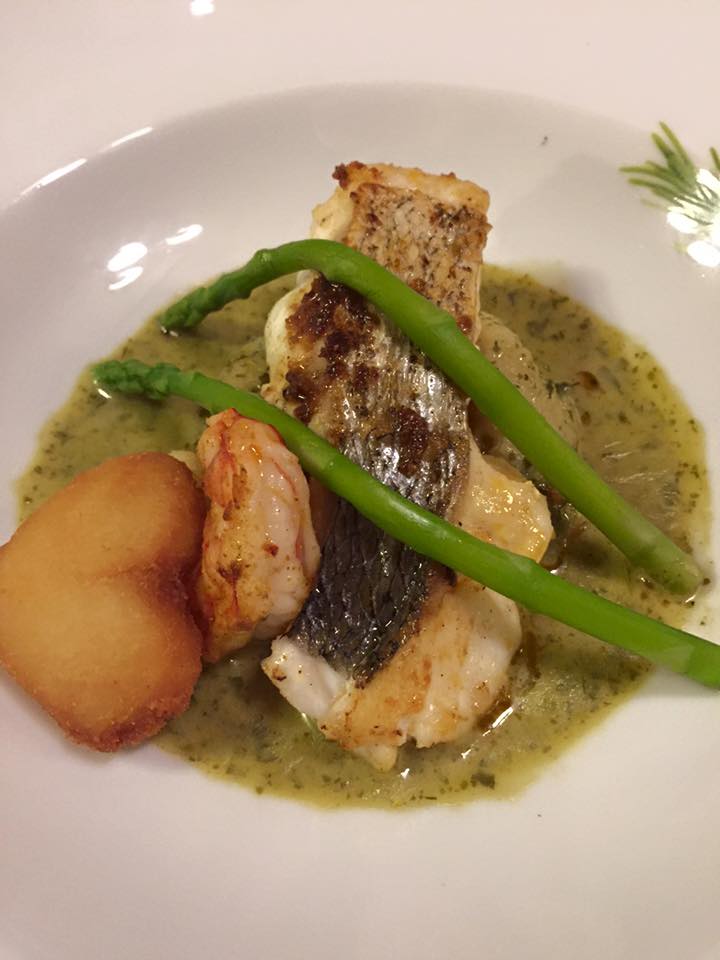 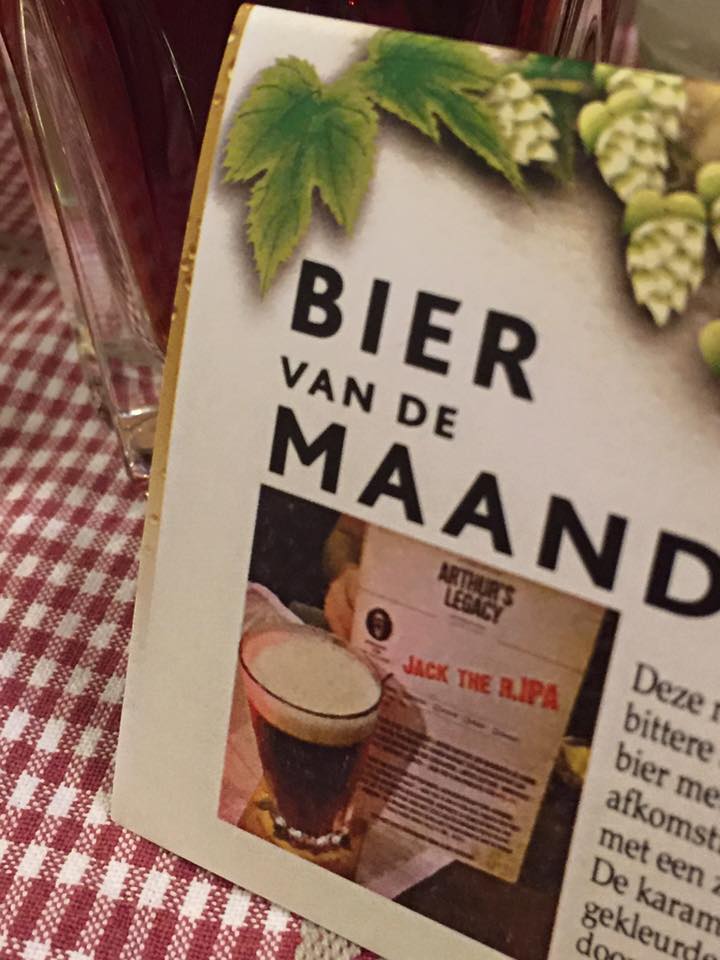 Have you visited one of these bars yet? 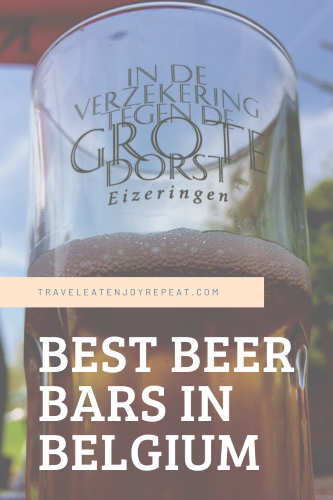