There are over 50 rides, parades, and shows in Disneyland Paris, so there is definitely something for everyone: big and small, brave and not so brave.

This was the most beautiful ride and also one of the most popular ones. This makes that the waiting lines can be very long. If you are only with adults or have older children, you can also do the ride as a single rider. You can’t sit together but the waiting lines are much shorter. Although I get motion sickness easily, I didn’t have any problems during Ratatouille. The total time isn’t long enough to get sick, I think.

It is a 4D ride (sight, sound, movement, and smell) where you are in the shoes of Remy and his friends. Chef Skinner discovers you and chases you through the kitchen and restaurant.  A ride for young and old! 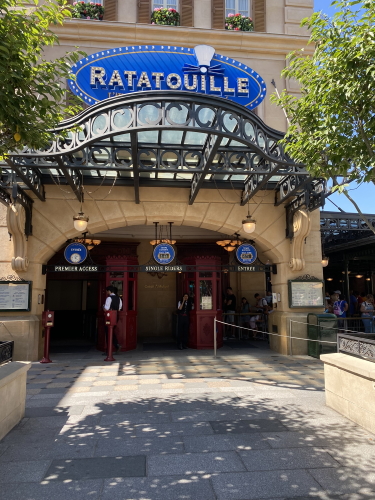 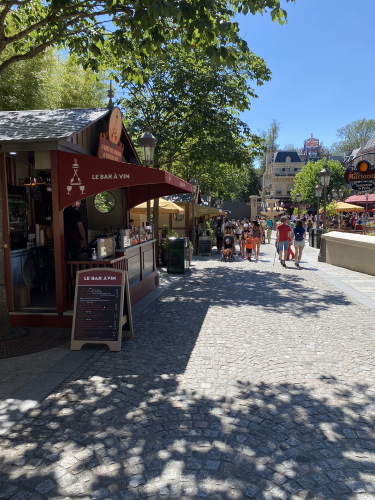 Pirates of the Caribbean

This indoor water ride is all about pirates. The new addition of Jack Sparrow at the end singing in French is a nice touch 😊. You sit in big boats and are going on an adventure looking for pirates. The likelihood of getting wet is pretty small, although you are going down 2 times. Psst: there is a camera at the second splash.

This ride is a must for all Star Wars fans! The waiting room prepares you for the ride. In this 4D ride, you board a Starspeeder 1000 and take off into the galaxy for your mission. Because there are over 60 mission combinations, you can do this ride multiple times and see different things. Some parts can cause motion sickness, but my trick was to close my eyes during those times. Nonetheless, I saw pretty much all of it and loved it! Because you can’t choose your “mission”, it can be that some missions can be a little scary for children. We were for example attacked by a sea creature. 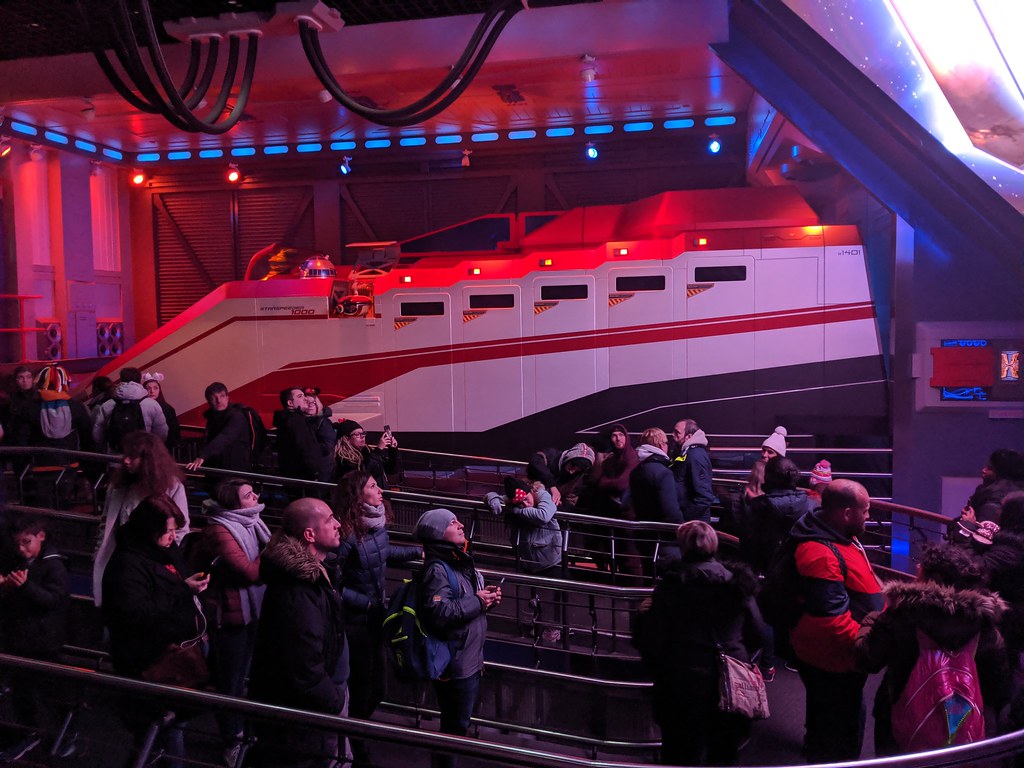 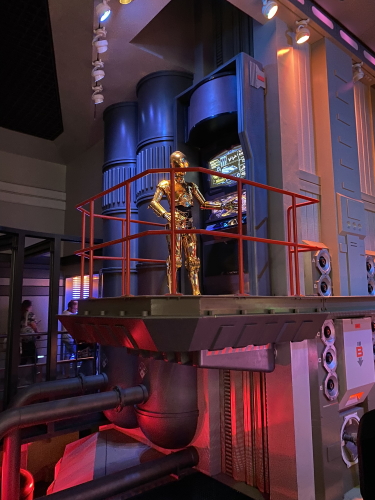 Every night (!) there is music, water, light, and fireworks spectacle at the castle. Music from your favorite Disney movies is the basis for the projections. And there are a lot of fireworks. We saw it 2 times because it was so beautiful. Try to get a place right in front of the castle, you will have the best views of the fireworks, projections, and the castle.

Definitely check the time on the website or the app to see when it starts. It may vary depending on the time of year and day of the week. 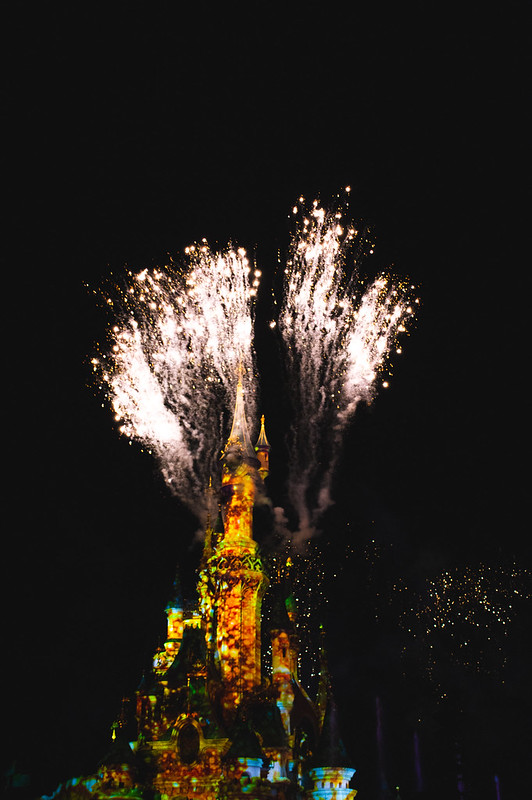 The Disney Parade follows a fixed route at the front of the park. During the parade, you will see all your favorite characters from Disney movies like Anna and Elsa from Frozen, or Buzz and Woody from Toy Story. But also Mickey and his friends are there. To have a good spot, you have to be there well in time, especially during peak season. 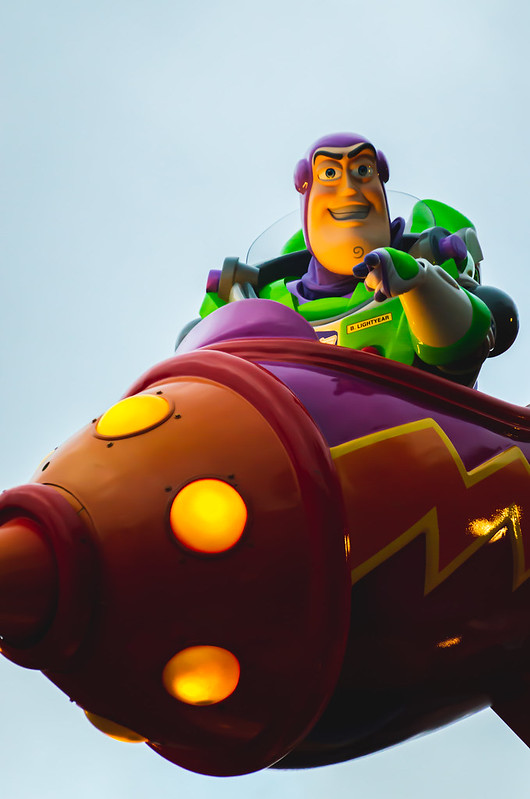 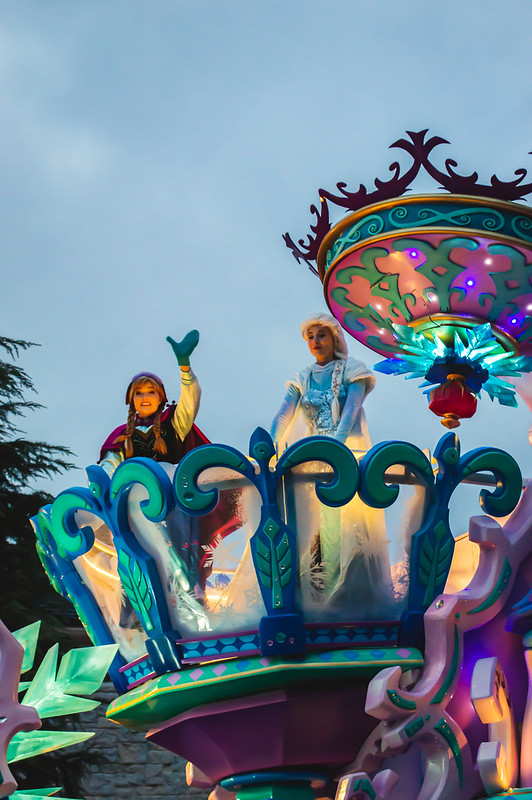 During Christmas season, there is also a Christmas Parade with a number of Disney characters. It follows the same route as the Disney Parade but runs a few times a day. I liked this one better than the “normal” one, maybe because of the atmosphere but that’s personal. 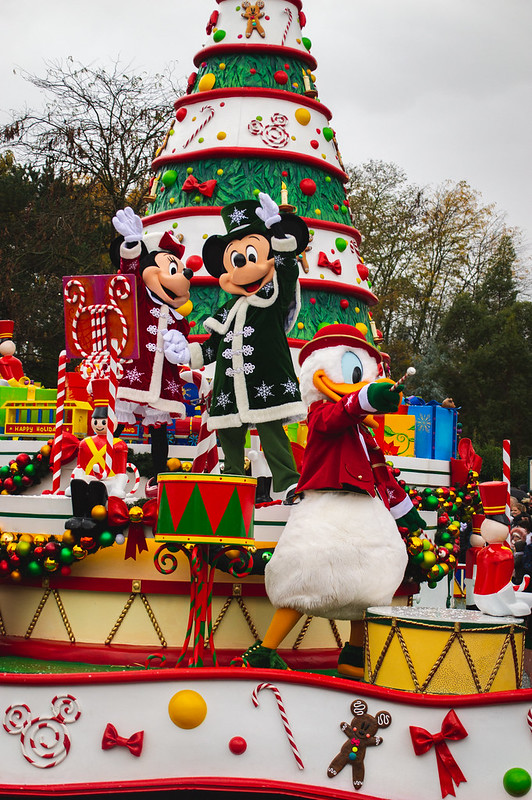 I didn’t go into this one because I had back pain, but my boyfriend and friends really loved it. The feeling of acceleration makes it not for the faint one. It is also very dark, so you don’t see the track and have no idea where you are going. This is not a ride for people with back or neck problems. 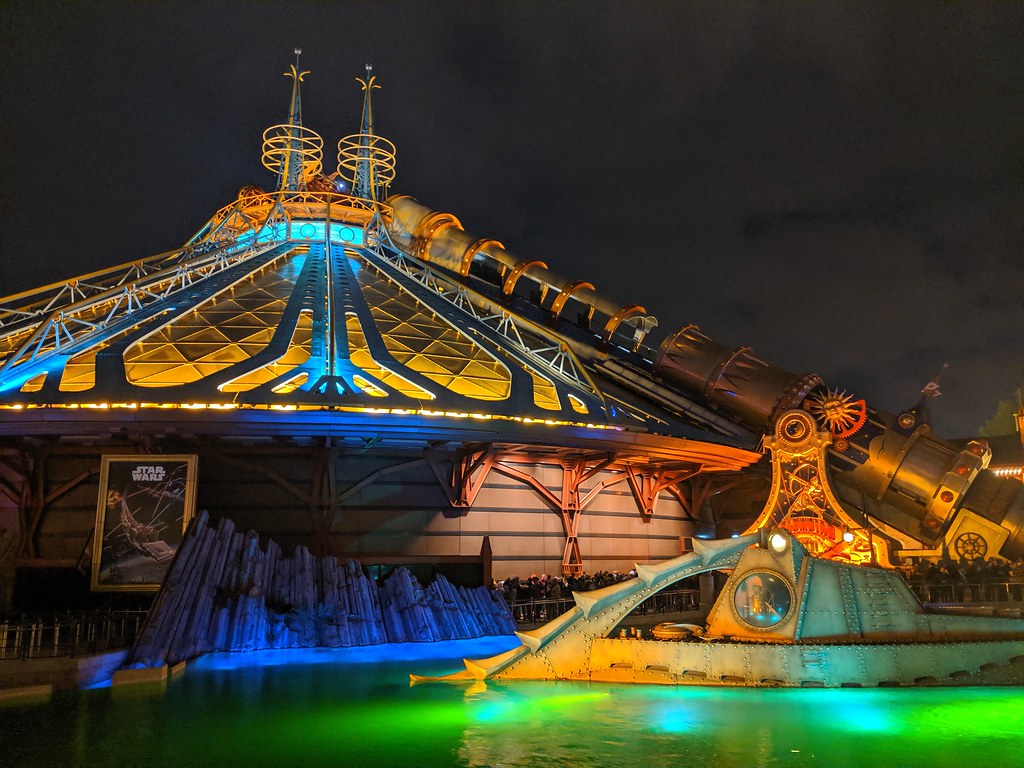 This was the favorite of the little girl (6 years) that was with us. It was fun, especially to try and get a score as high as possible. The decorations were amazing, you don’t know where to look first. The waiting time can be long, but you could go during the Illuminations show. 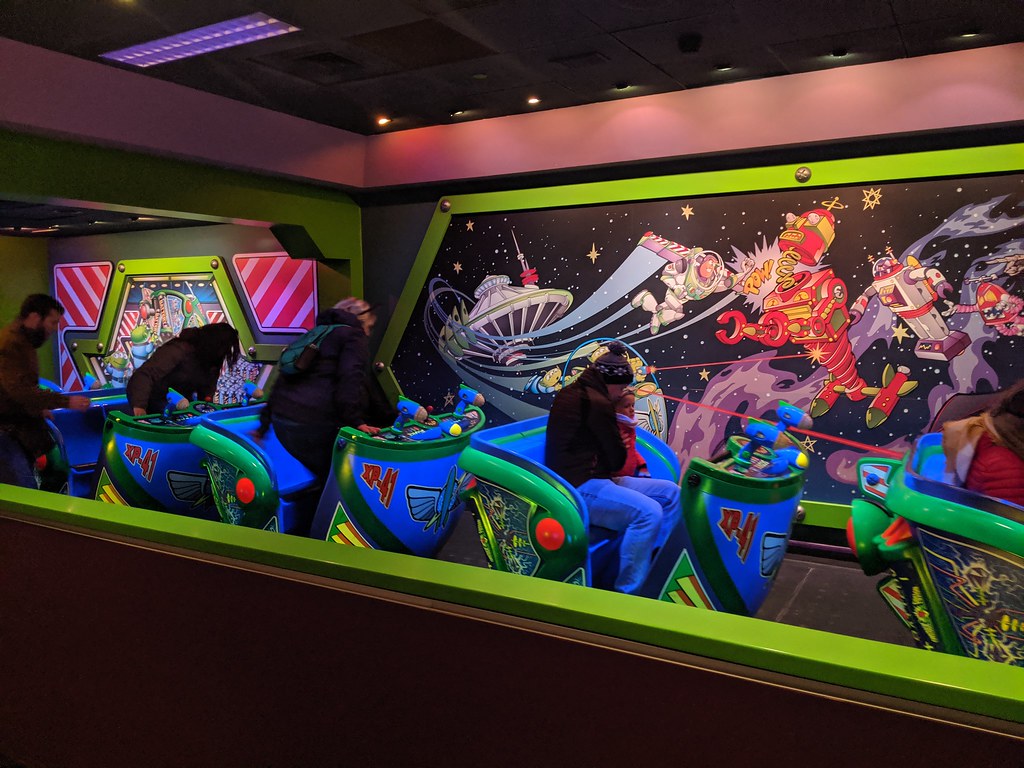 This is a classic wooden roller coaster that is fun without going super fast. Some parts are in the dark, so you can’t really see what’s coming. But they don’t last very long. This was my favorite ride in Disneyland; an old classic. 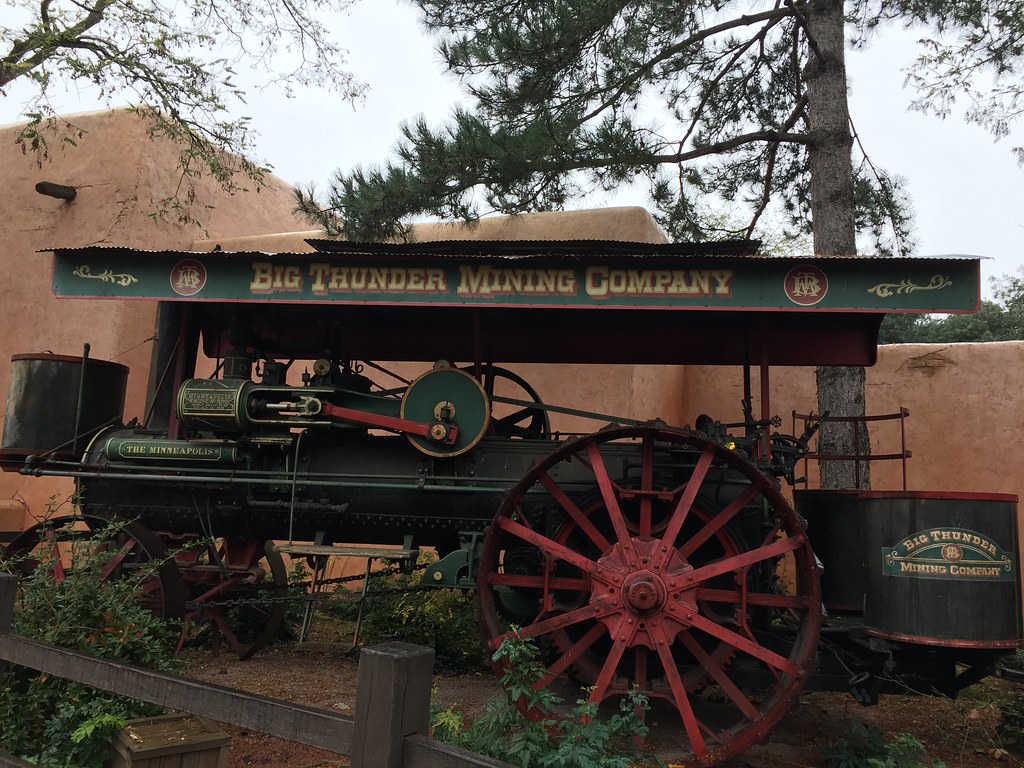 The Twilight zone Tower of Terror

I have never screamed so loudly as in this attraction. You enter the hotel lobby where you get a short introduction. Then you continue to the elevators which is the actual attraction. Really nicely decorated here and a really fun attraction. We did it twice. Highly recommended! 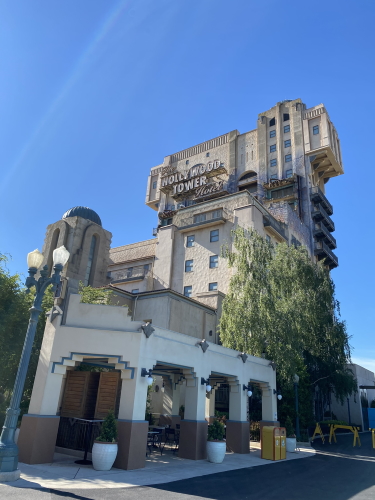 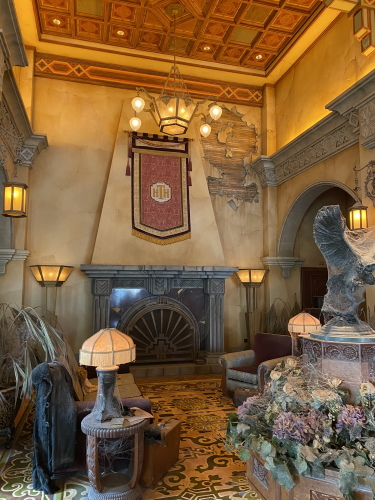 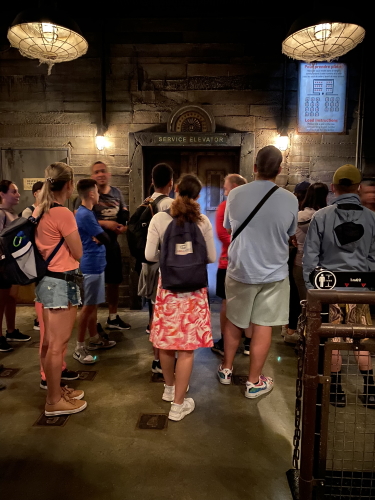 Unfortunately, Indiana Jones and the Temple of Peril was closed during our visit. So I can’t say anything about that but it’s supposed to be good.

You can buy tickets for Disneyland Paris online. Definitely keep an eye on the promotions.

Did you visit Disneyland already? What were your favorite rides? 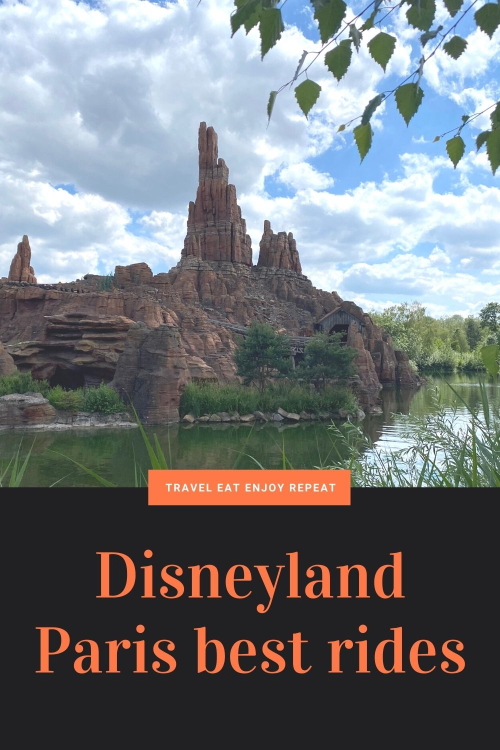