Ever heard of Tournai? I knew that it was a city somewhere in the province of Hainaut but didn’t know anything else about it. It is about 130km from Antwerp and 90km from Brussels. Tournai isn’t a big city, but it has everything for a weekend of exploring.

Where to stay in Tournai?

During our visit, we stayed at hotel Alcantara. The hotel is located right in the center of Tournai within walking distance of the Grand Place. Set in 2 historic buildings, it combines these original features with modern facilities.

We were greeted kindle during check-in and received a short explanation about the breakfast, wifi, and access to the hotel. The rooms do not have a number but a name, so it was super handy that someone came along to show where our room was.

The rooms are modern yet warmly decorated. Our room had a separate lounge with a flat-screen TV. The bathroom was equipped with a good shower and the separate toilet was very handy.

The breakfast in the morning is not very extensive, but it has enough choice. There are also some hot dishes such as pancakes. Nevertheless, I missed something like whole-wheat bread or rolls. 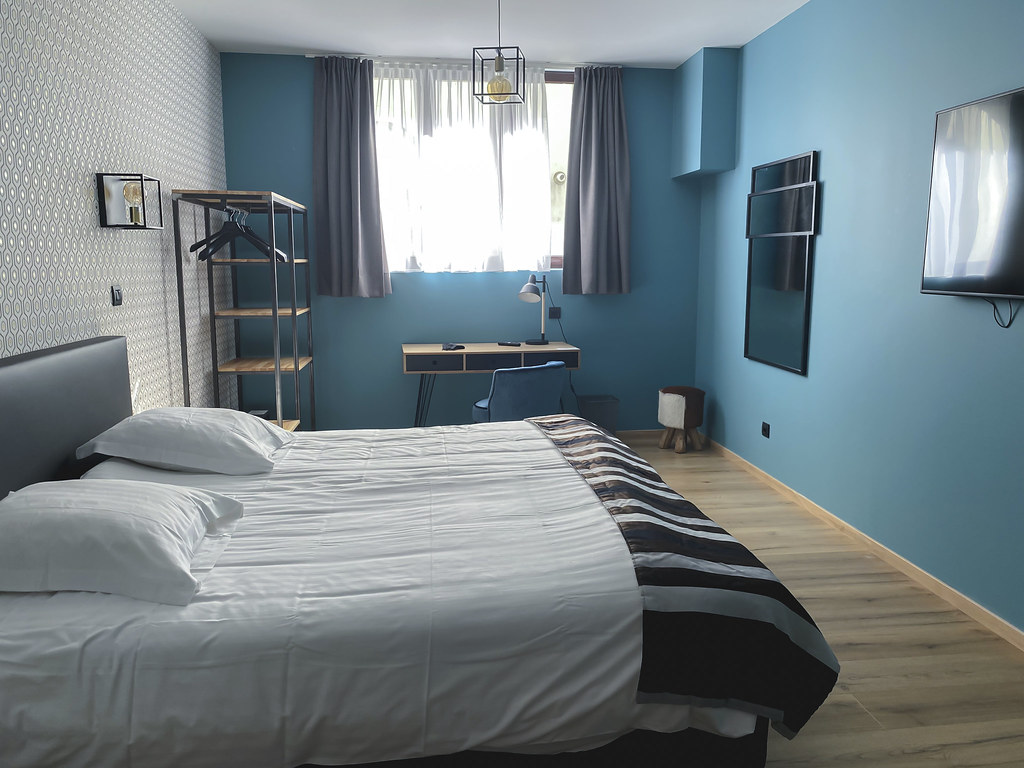 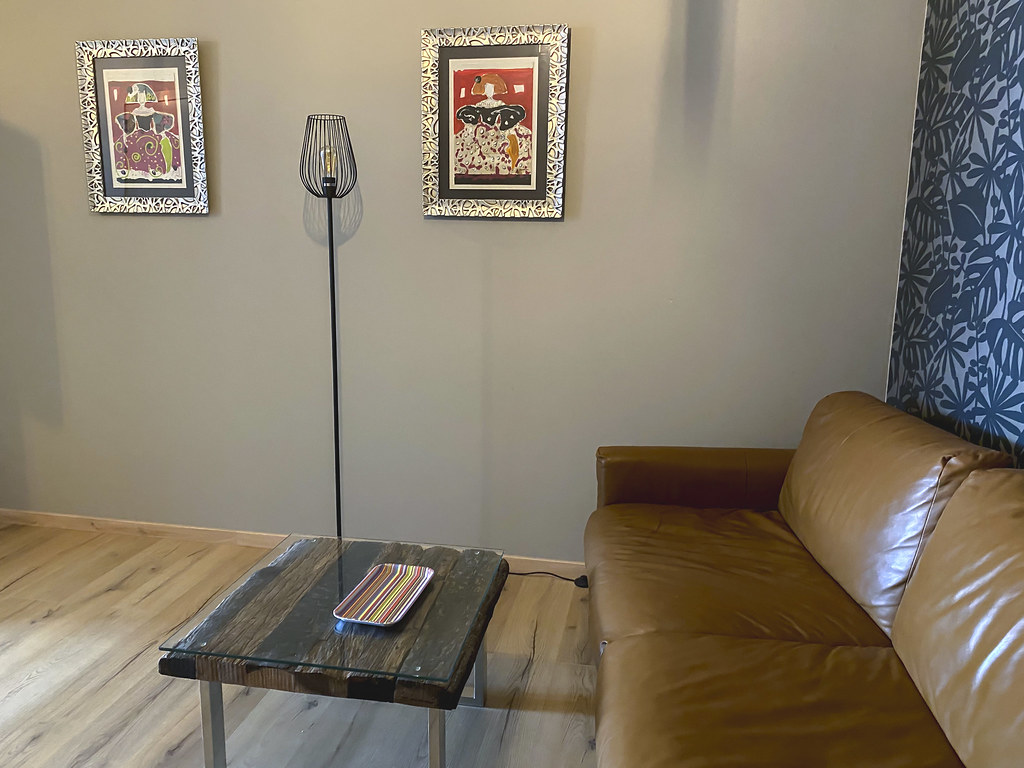 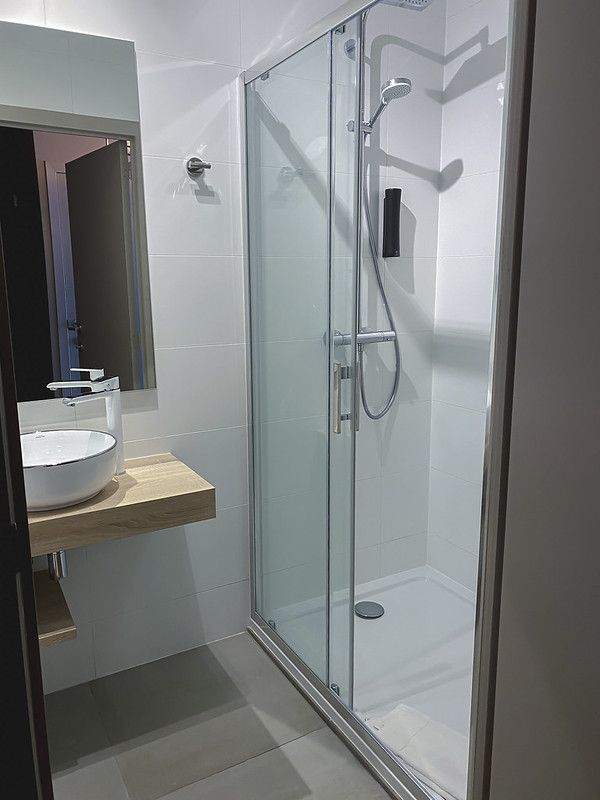 What to do in Tournai?

As said before, Tournai is not a big city, so everything can be perfectly done on foot. The city on the Scheldt is said to be the second oldest city in Belgium, after Tongeren. But opinions are quite divided about that. But what is certain is that the rich history of the city is clearly visible everywhere in the city. It was the first capital of the Frankish empire under Clovis. During the Middle Ages, Tournai had a thriving cloth trade and was an important supplier of tapestries. After a short period under English rule (as the only city in Belgium ever) the prosperity of the city ended under Charles V. Tournai later got in Spanish and French hands before it became part of Belgium in 1830.

Stroll through the historic city center of Tournai to enjoy all the beautiful buildings and sculptures in the city. 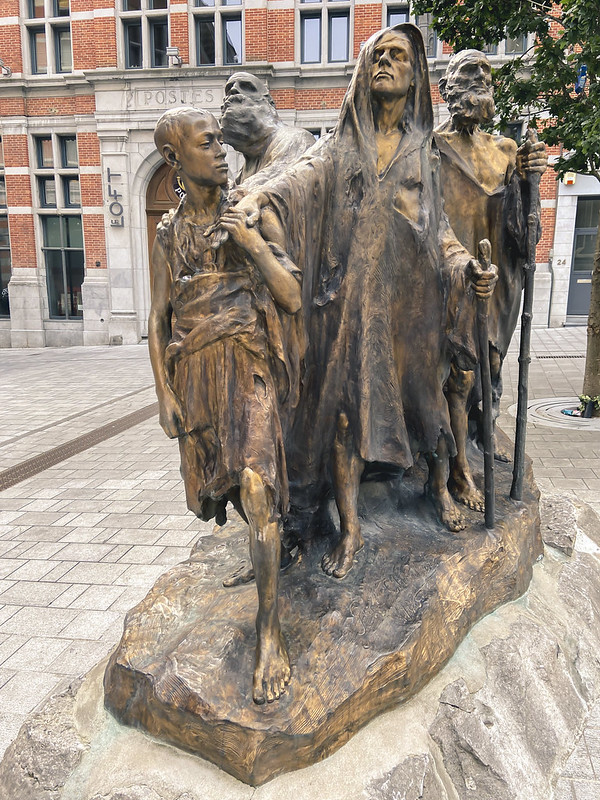 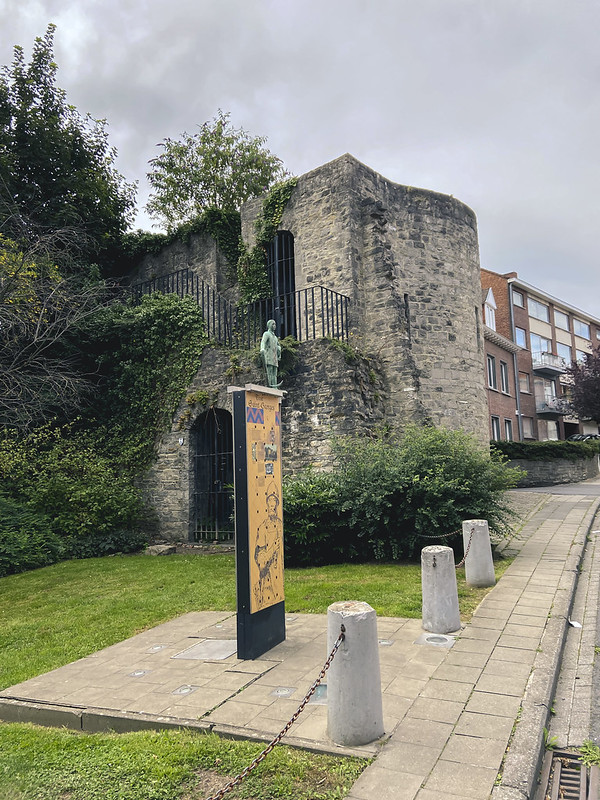 Tournai is also UNESCO squared. Both the Romanesque-Gothic Our Lady Cathedral and the belfry are included in the UNESCO World Heritage. The belfry is the oldest belfry in Belgium and currently consists of 56 bells. 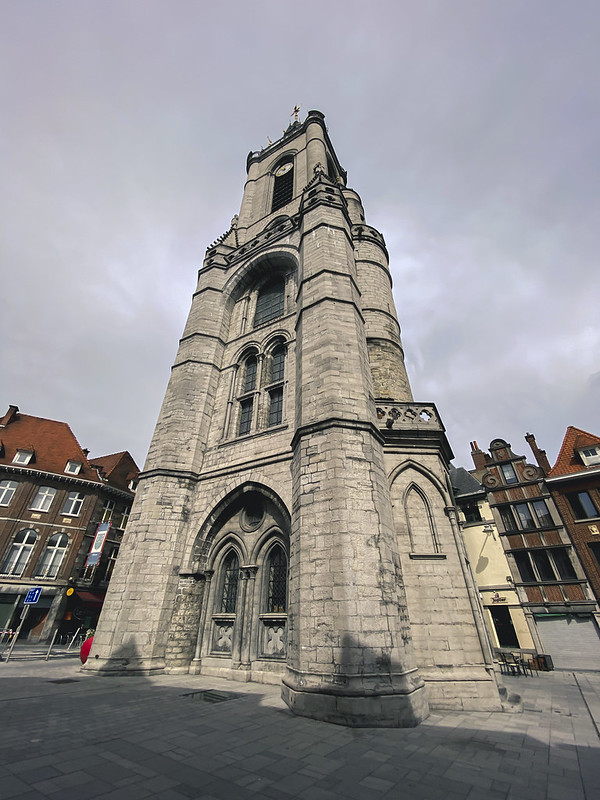 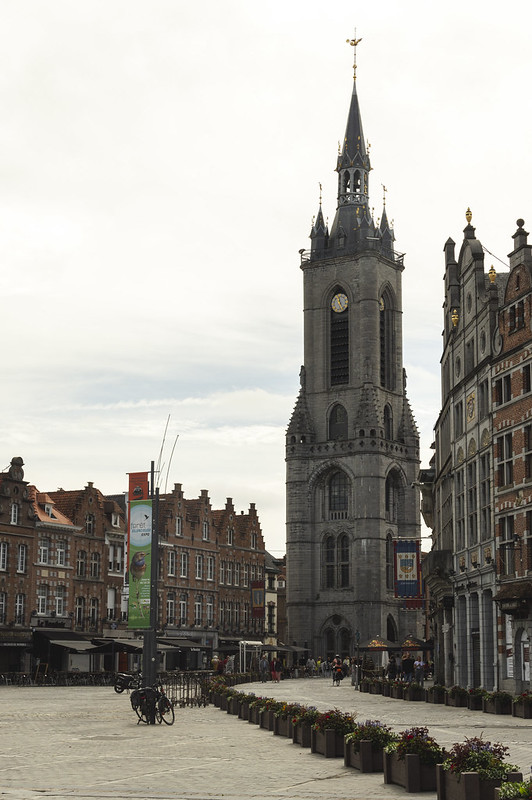 The 5 equally sized towers of the cathedral form the skyline of the city. Inside and outside, elements of the Gothic and Romanesque architectural styles are clearly visible. What is immediately noticeable when you enter the cathedral is the large amount of light, which is rare for a Romanesque building. The traces of the iconoclasm are still visible here and there. A visit to the cathedral is really a must if you are in Tournai. You cannot visit the entire cathedral, as there are currently works in progress (expected end date 2025). 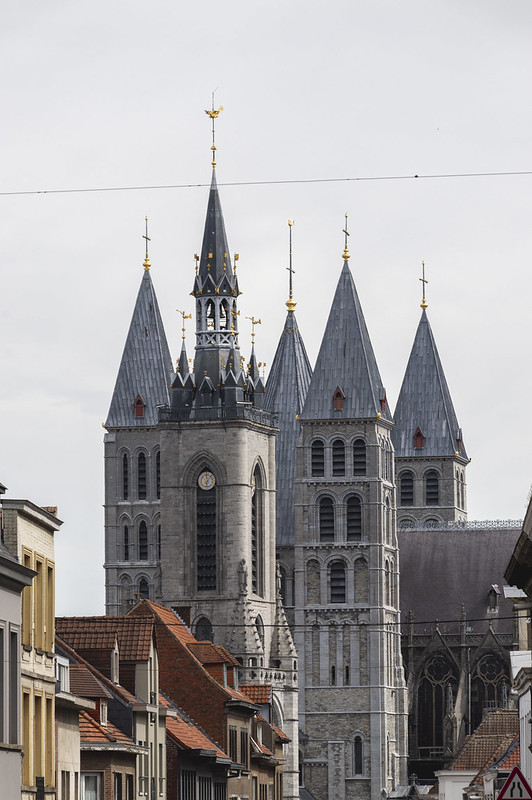 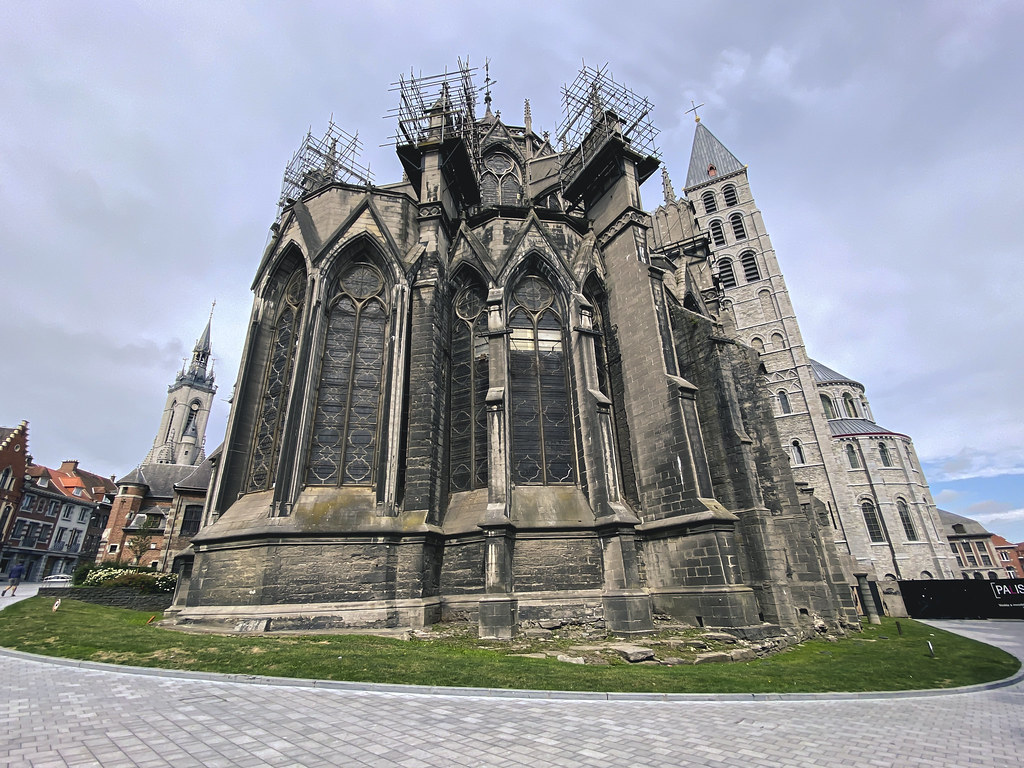 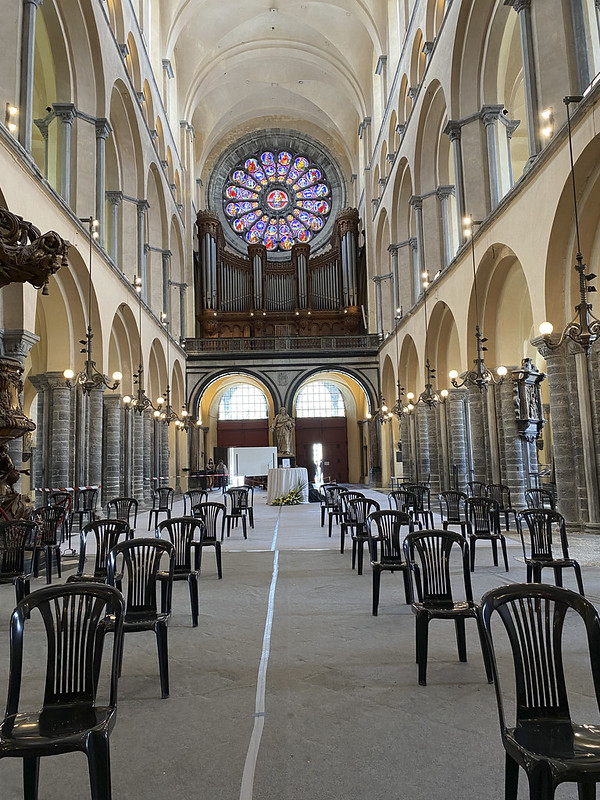 Tournai also has 7 museums, including the Museum of Puppet Art. This museum contains about 2500 puppets and hand puppets and is located in a beautiful neoclassical building. Everyone probably knows Punch, Polichinelle, Kasper, or Pulcinella. They are all the same person in different countries and cultures. But there are still so many different characters, puppets and hand puppets, not only in Europe but all over the world. All these dolls and puppets show the diversity in materials, characters, and playing techniques. Especially because these puppets are currently still being made and used. It is a very nice museum to visit. You start with a large dose of nostalgia, but it were especially the puppets from Asia that I loved. 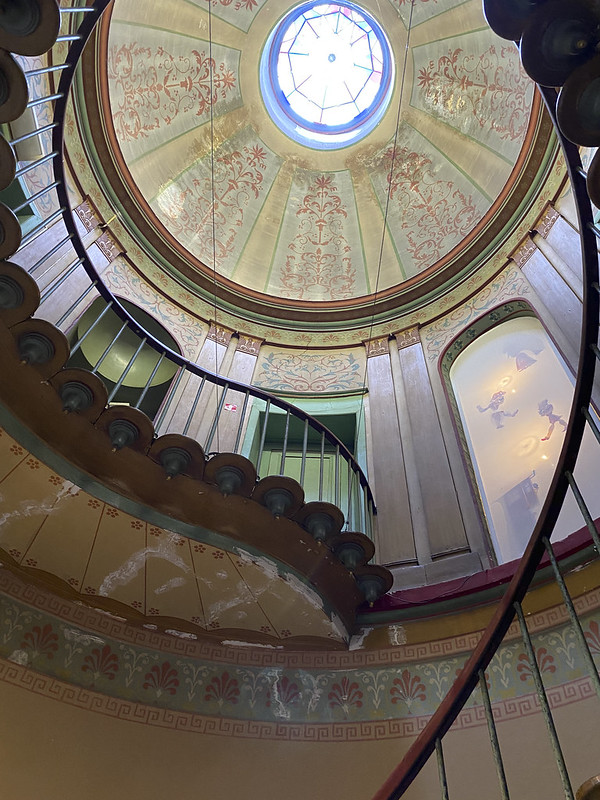 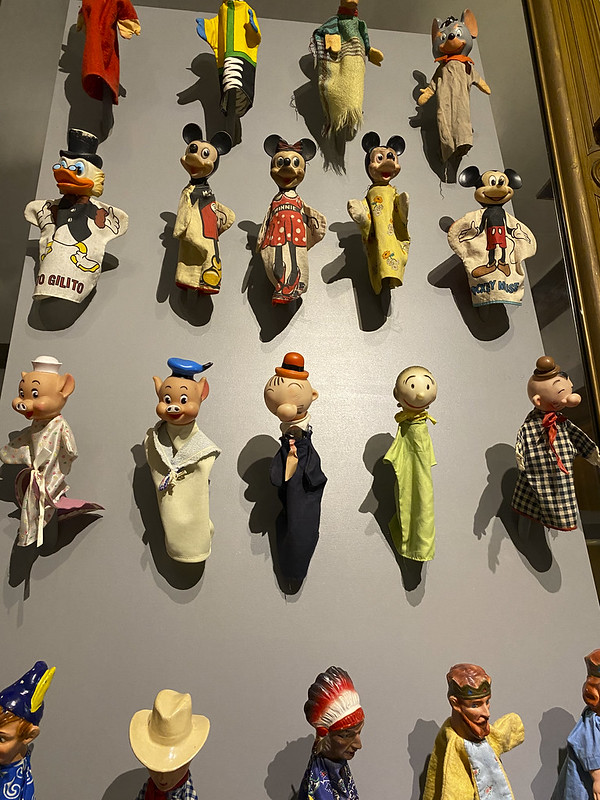 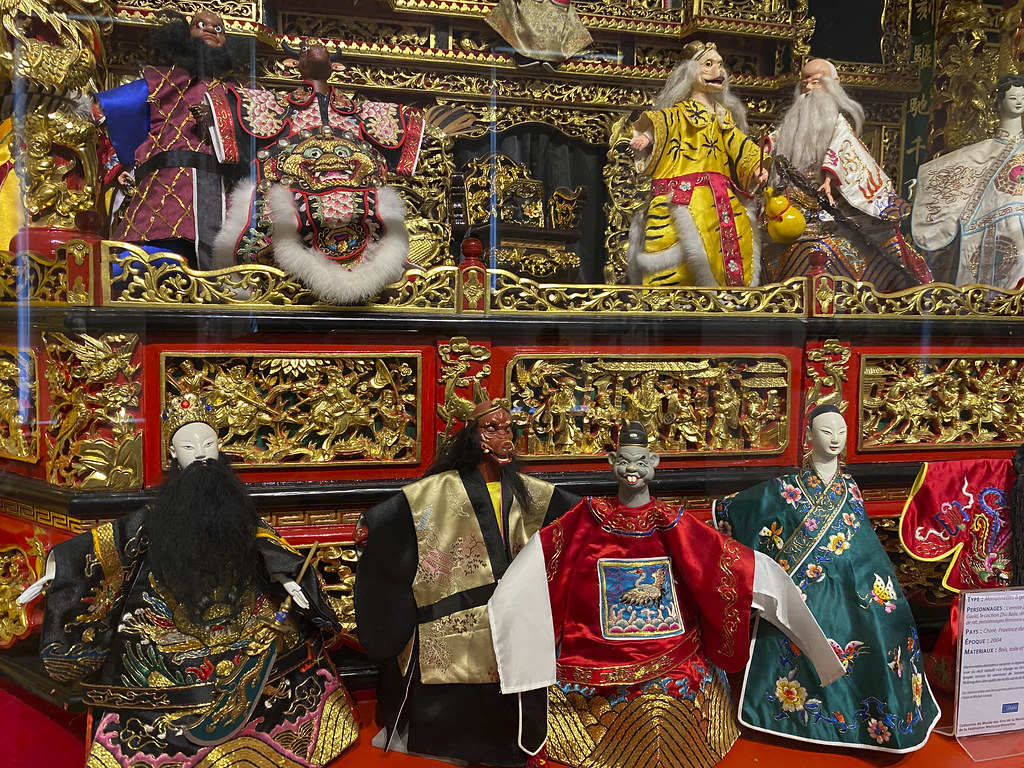 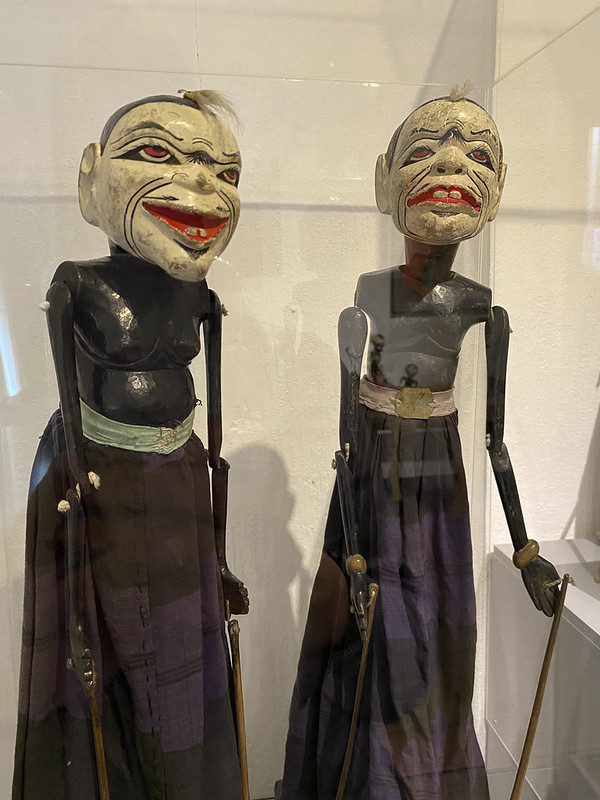 The Fine Arts Museum is located in a beautiful building designed by Victor Horta and contains a fine collection of Flemish primitives and Impressionists. 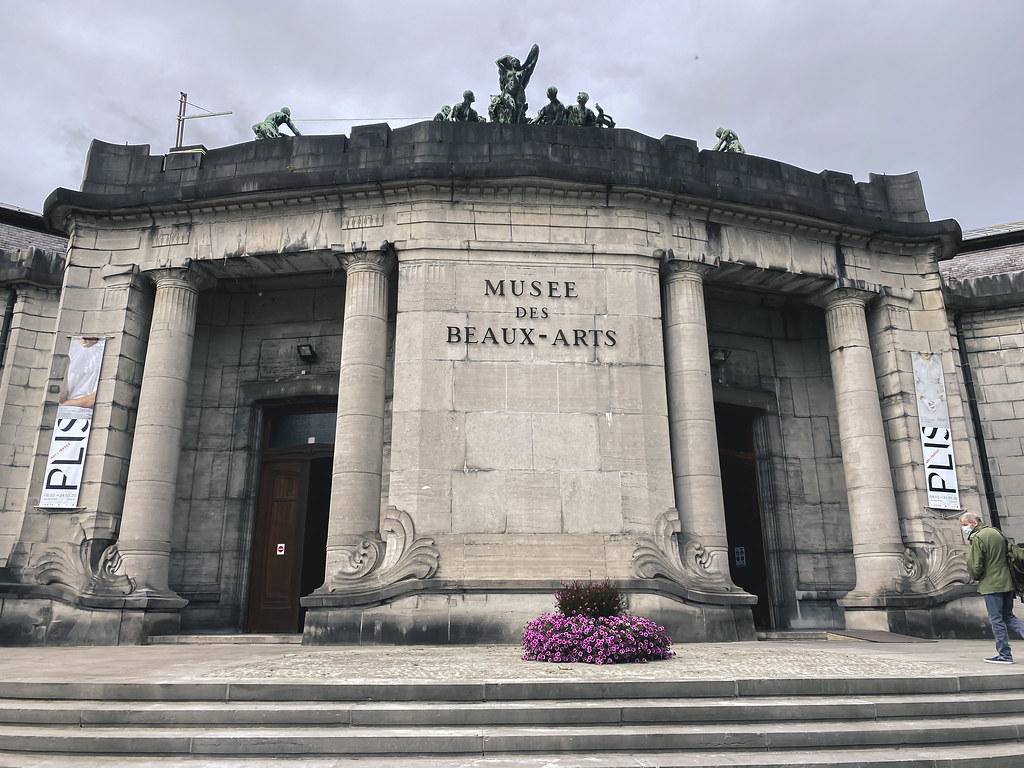 There are also the Museum of Natural Sciences and the Vivarium, the Folklore Museum, the Army Museum, The Museum of Carpet and Textile Art (TAMAT), and the Museum of Archaeology. 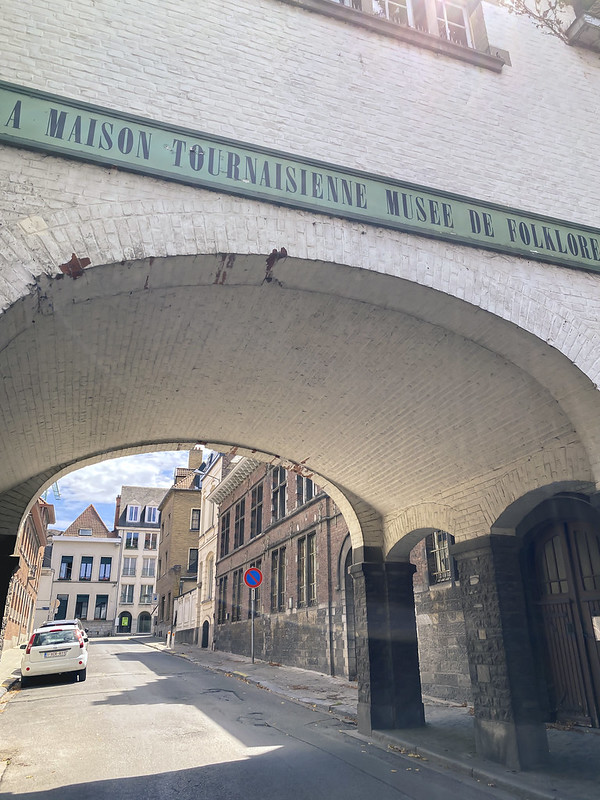 And what about nature in Tournai? A fifteen-minute drive brings you to the Grand Large de Péronnes. The man-made lake is a true paradise for sailors and fishermen. But you can also enjoy a walk around the lake (6.8km). Perfect for a sunny day. 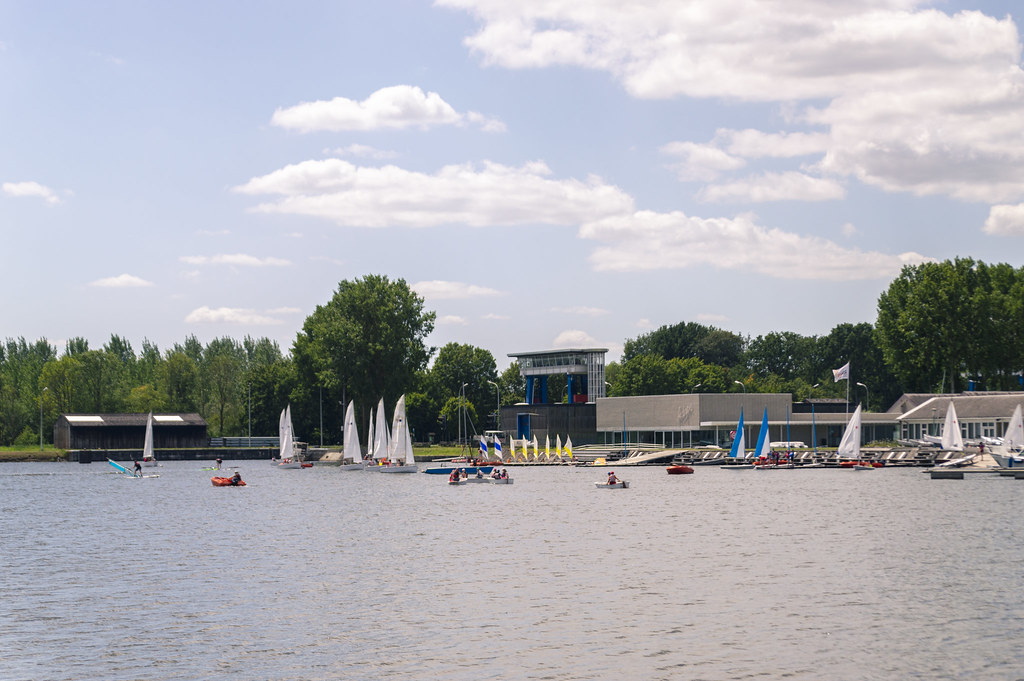 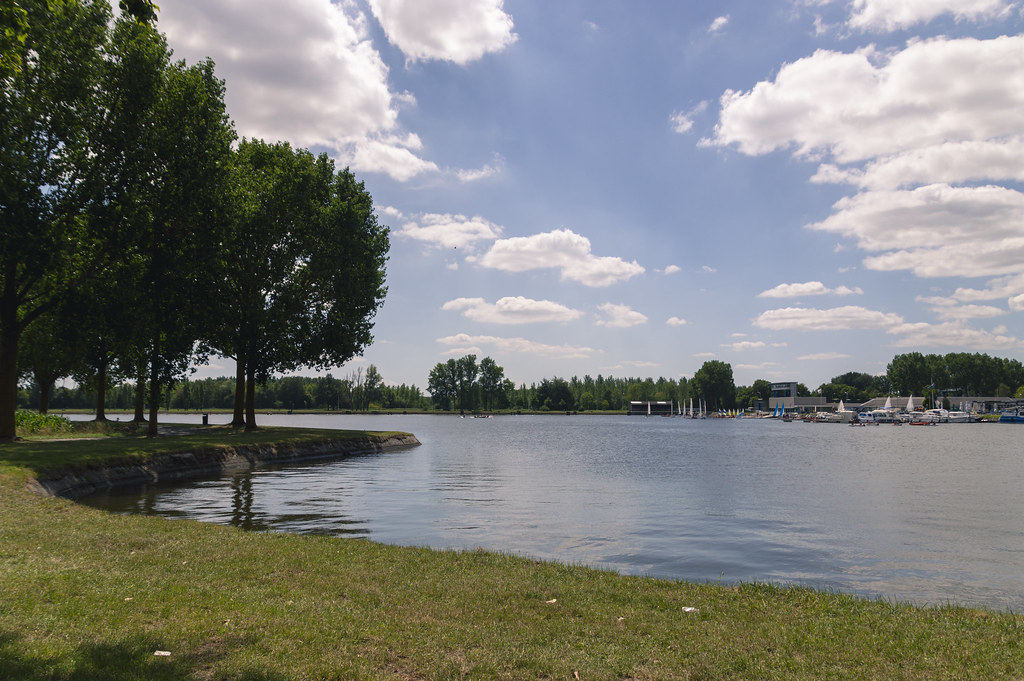 Half an hour’s drive from Tournai is also the Parc Naturel des Plaines de l’Escaut with about 500km of marked trails for walkers, cyclists, and riders. The Forest Halt at La Maison du Parc Naturel des Plaines de l’Escaut is an interactive walk that explains that fauna and flora of the forest. There is also a short barefoot trail and a walk through the trees. The latter is a walking path at 16m height between oak, ash, and beech trees. The Forest Halt is especially a lot of fun to do with children. 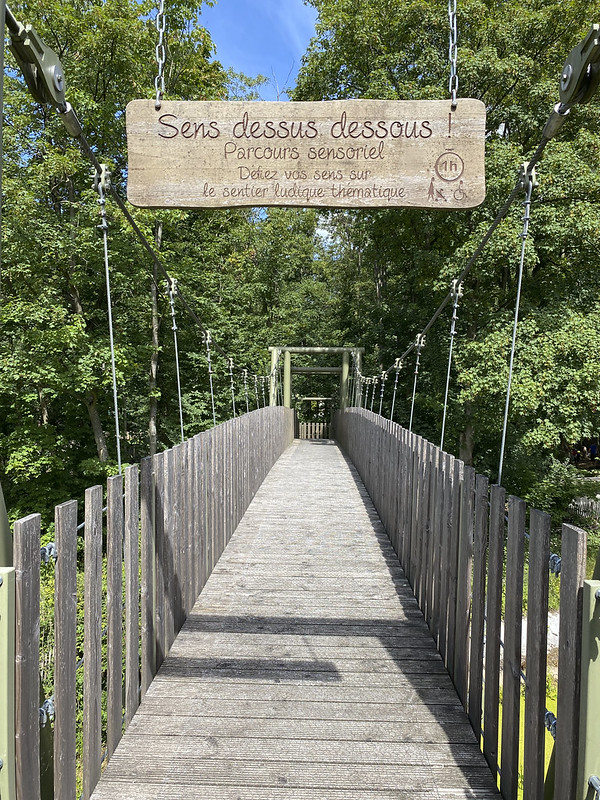 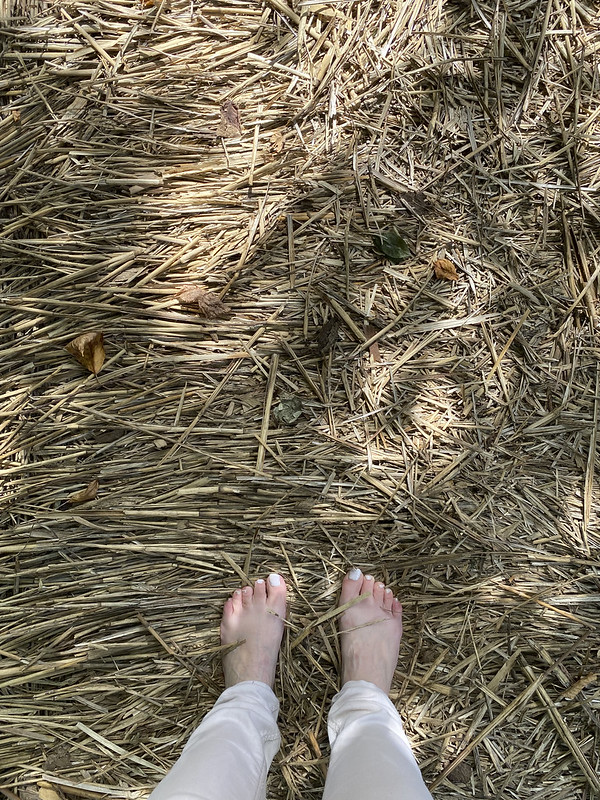 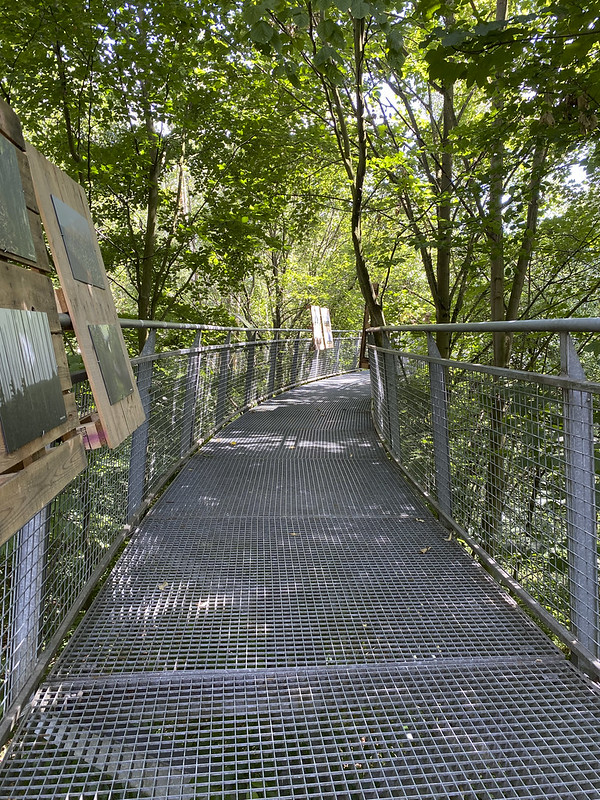 Where to eat and drink in Tournai?

The beautiful market place of Tournai with its many terraces seemed the perfect place to enjoy lunch. We went for burgers at Comptoir 17. My chicken burger was super tasty, and I could choose a salad instead of fries (a very big plus). My boyfriend went for the blue cheese burger but found the blue cheese a bit too predominant. For the beer lovers: they also have a nice beer menu here. Recommended for lunch! Tasty burgers and friendly and fast service. 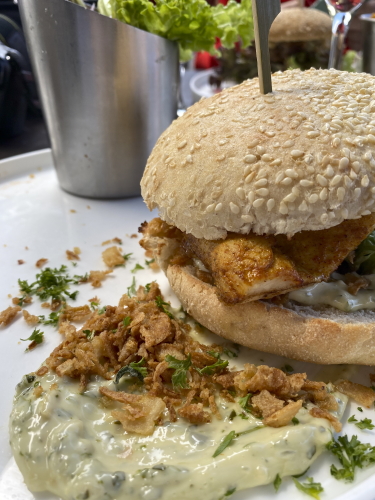 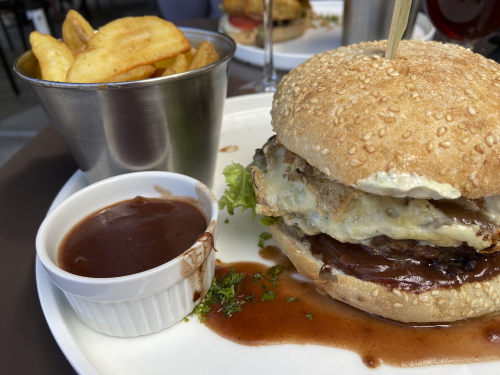 At L’Arche de Noë we enjoyed a nice dinner. The restaurant is located in a kind of cellar and is warmly decorated. So perfect for a romantic dinner. We went for the ‘menu decouverts’ where we could choose from different dishes for the starter, main course, and dessert. All dishes were beautifully presented and super tasty. The house aperitif is something very special and original with candied fruit in it. 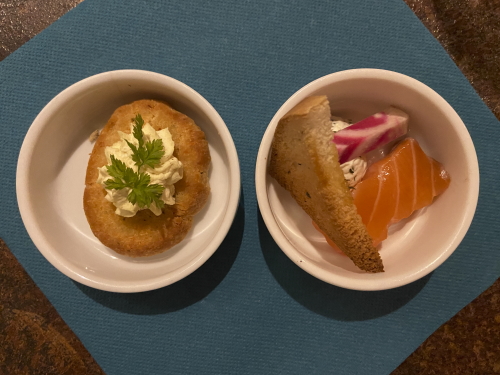 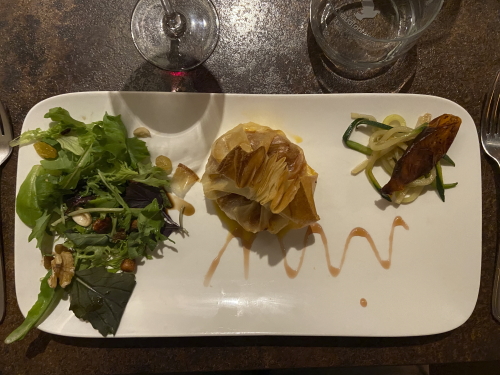 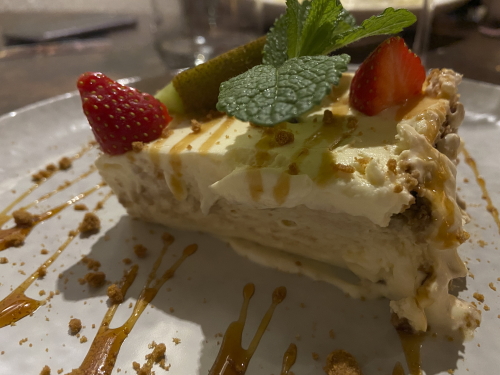 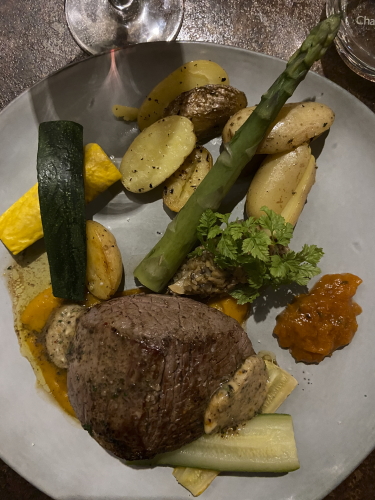 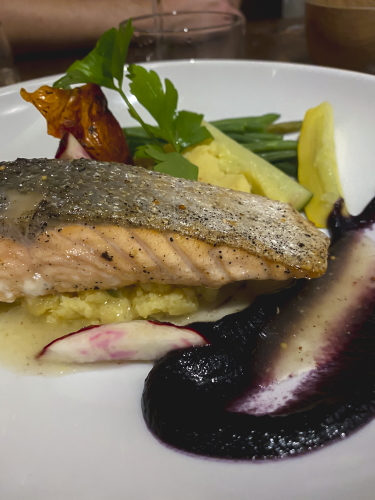 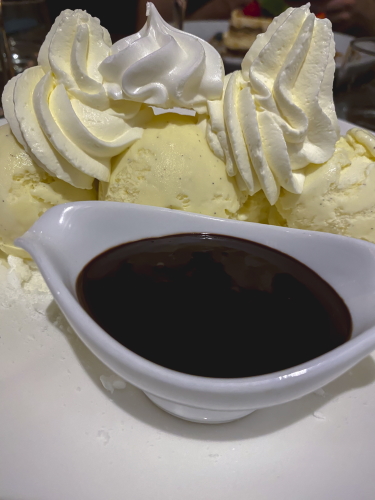 A weekend in Tournai is definitely recommended. It may be lesser known than the bigger touristy cities, but that means it isn’t less beautiful. We will definitely come back to get to know the city even better and also visit some museums.

Did you visit Tournai? 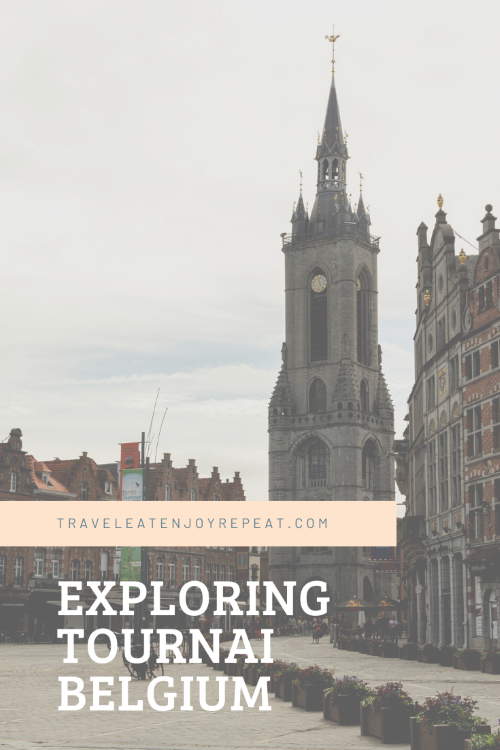 This article is the result of a nice collaboration with Hainaut Tourism.