Everybody knows that Belgium is famous for its beers. But I was curious about the favorite Belgian beers of people, so I asked a few friends and fellow travel bloggers. 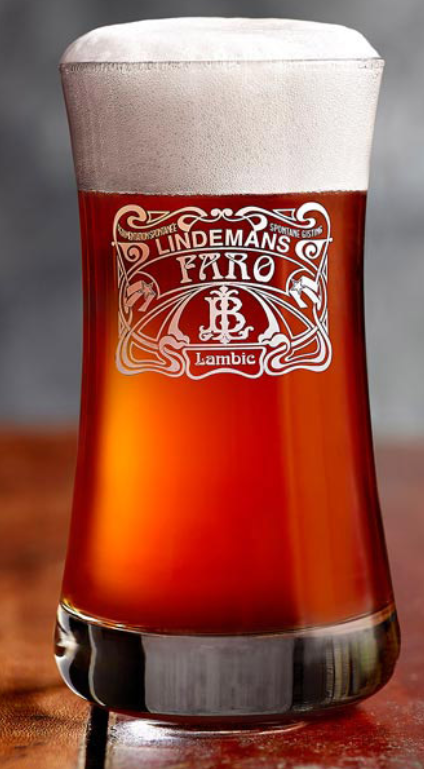 I am not a big beer lover, but when I drink beer, I prefer a sweet one. Faro is a lesser known beer with a relatively low alcohol percentage. The base of faro is Lambiek and it is actually a gueuze beer with a decent amount of sugar added to it. It has a special taste that is not for everyone, but if you are in Belgium, you have to try it. 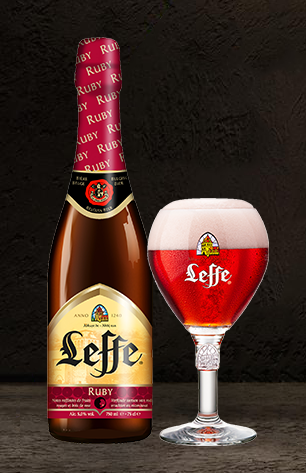 Fruity and refreshing, with subtle spices, Leffe Red is the perfect accompaniment to a lazy Sunday afternoon BBQ in the sun. It can easily be purchased across Belgium, France and the UK, but my first taste of it was sat outside a quirky bar in Ghent. After a busy morning exploring the edgy street art and wandering the cobbled streets of the medieval town, it was just what I needed. 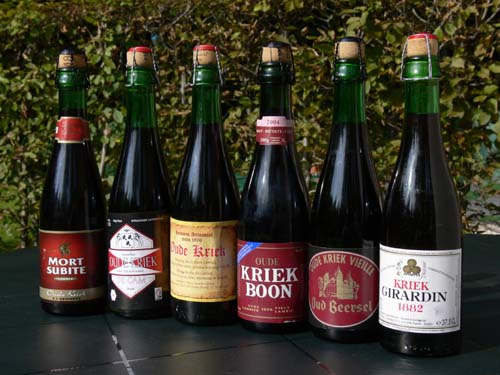 When I was 16 years old I flew from Dublin, Ireland to Brussels to visit my aunt who lives there. My first night in Brussels my aunt and I went to the Grand Place, the big central square in the heart of Brussels. It is also called the Grote Markt, but I think the Grand Place is a much more apt name. The cobbled-stone square is so opulent and is surrounded on all sides by stunning examples of 15th, 16th and 17th century architecture. It was the perfect location for me to drink my first ever beer.
My aunt ordered me a bottle of traditional Belgian Kriek Lambic. The rusty-coloured beer arrived in a big, bulbous, stemmed glass and I thought it was so fancy and that I was so grown up. It tasted like nothing I had tried before. It was like eating a handful of fresh tart cherries and washing them down with a dry, yeasty flavoured beer. It was a wonderfully flavourful concoction and one that I can still taste today, 20 years later. Popping my beer cherry with a cherry flavoured beer in Belgium is one of my favourite travel memories
Melanie from Travel Eat Write Repeat 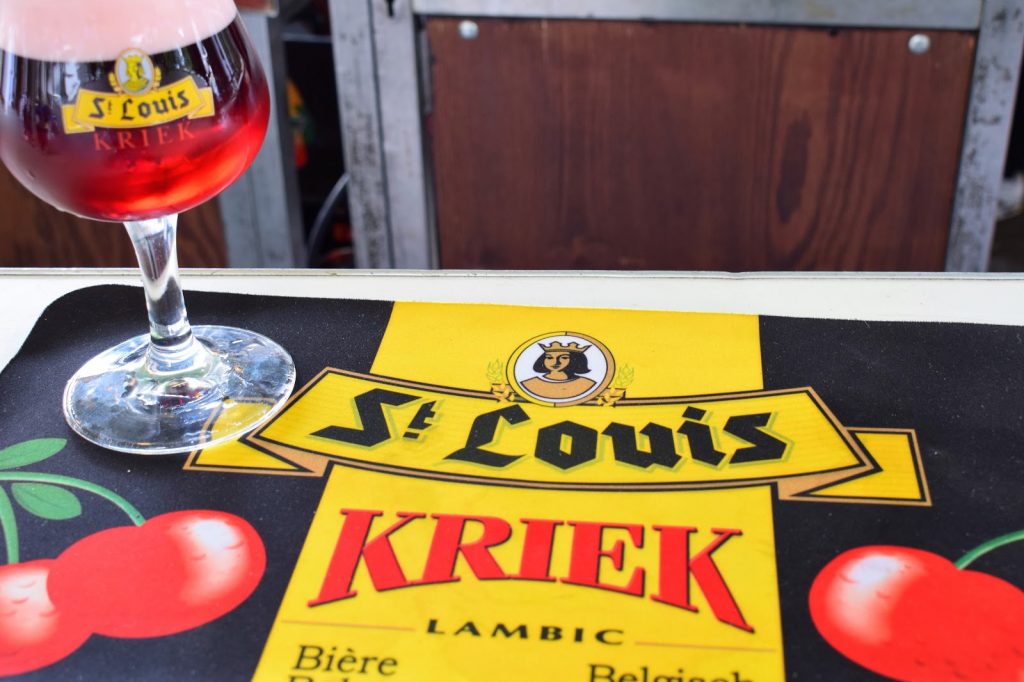 Until I discovered the tasty well flavored Belgian beers, I was not a big fan of beers. However, everything changed with my first glass of St. Louis and this impression continued with the second and the thirds and until today, the love story continues. What makes this beer special in my opinion, is the special almond taste, which comes from the six months of maturation of the sour cherries, the main ingredient of this beer (kriek means sour cherry in Flemish). The almond taste comes from the sour cherry kernel. This beer is moderately sweet and very refreshing, matching very well a good fish plate with potatoes or some cheesy pasta. It works perfectly well for me together with some veggie tapas too.
Ilana from Ilana Travels 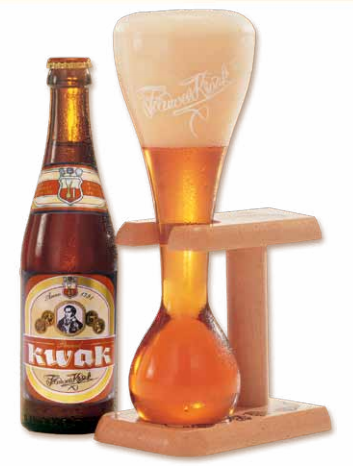 There are a few reasons, obviously it tastes great, but the others are that it’s really easy and fun to pronounce, say it out loud “kwak”, and when it’s served properly, it comes in a rounded based glass in a stand, something that looks more at home in a science lab. So, combine the ease of ordering, the challenge of not spilling while feeling like a scientist with the great taste, you have my favourite, Kwak.

Matt from The Travel Blogs 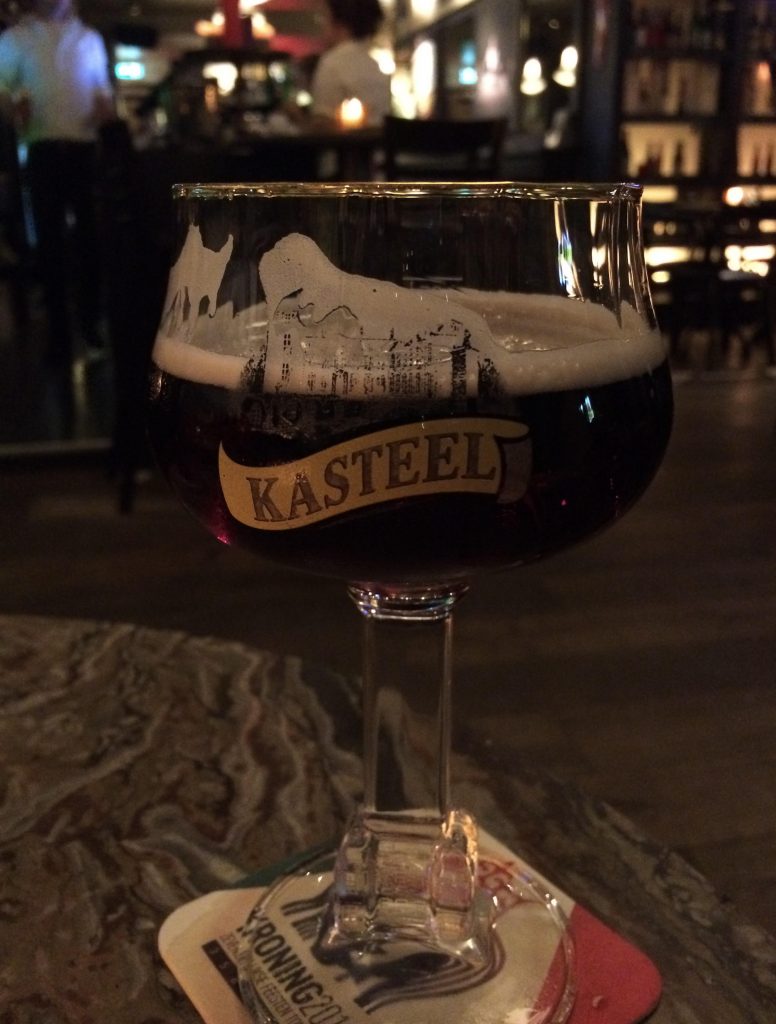 My favorite Belgian beer is Kasteel Rouge. Actually, I’m pretty sure it’s my favorite beer full stop, which is interesting (to me at least!) because it’s unlike most other beer that I drink. It’s a fruit beer (cherry to be exact), so it’s pretty sweet. But it has quite a high alcohol content (8.00% ABV!) so that balances things out. According to the brewery’s website, it’s made from the original Kasteel dark beer (called Donker) plus a sweet cherry liqueur. I first discovered Kasteel Rouge at the famous Delirium Café in Brussels. It was on tap – the best way to drink it – and it was delicious and gorgeous looking. The Kasteel glass it’s served in is even special as its stem is shaped like a castle. That was on my honeymoon in 2009. Since then, I drink it whenever I find it on tap, and often in a bottle. It’s a rare find in the US, but more prevalent in Europe, which is where I am right now, so bring it on! 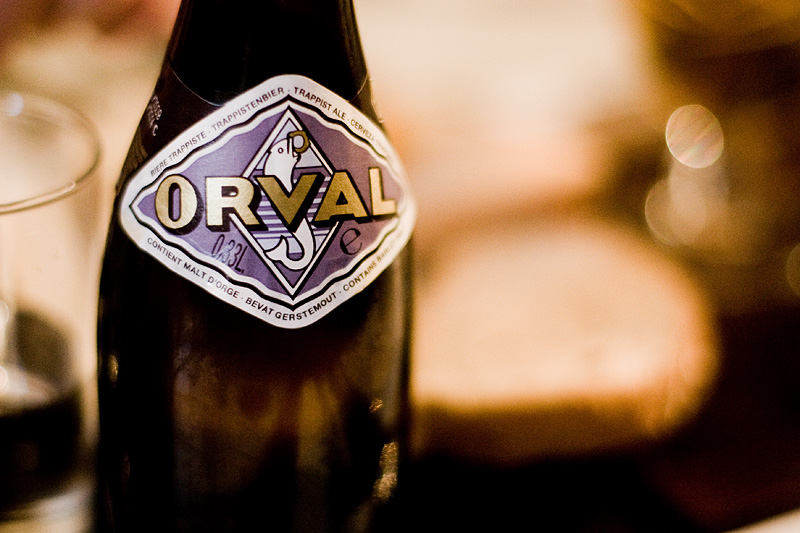 In 2010 I visited Brugge, Belgium for the first time. I was waiting for breakfast to open so I went to the bar and asked the bartender for his recommendation. He poured a bottle of Orval and I’ve been hooked ever since.

The year to year brewing can differ in taste and alcohol by volume, but generally this ale is loaded up with various fruity undertones, low bitterness, and plenty of body. If you’re used to pilsners, this beer might be “too weird”, but if you like complex and well-regarded beer, give this one a drink. 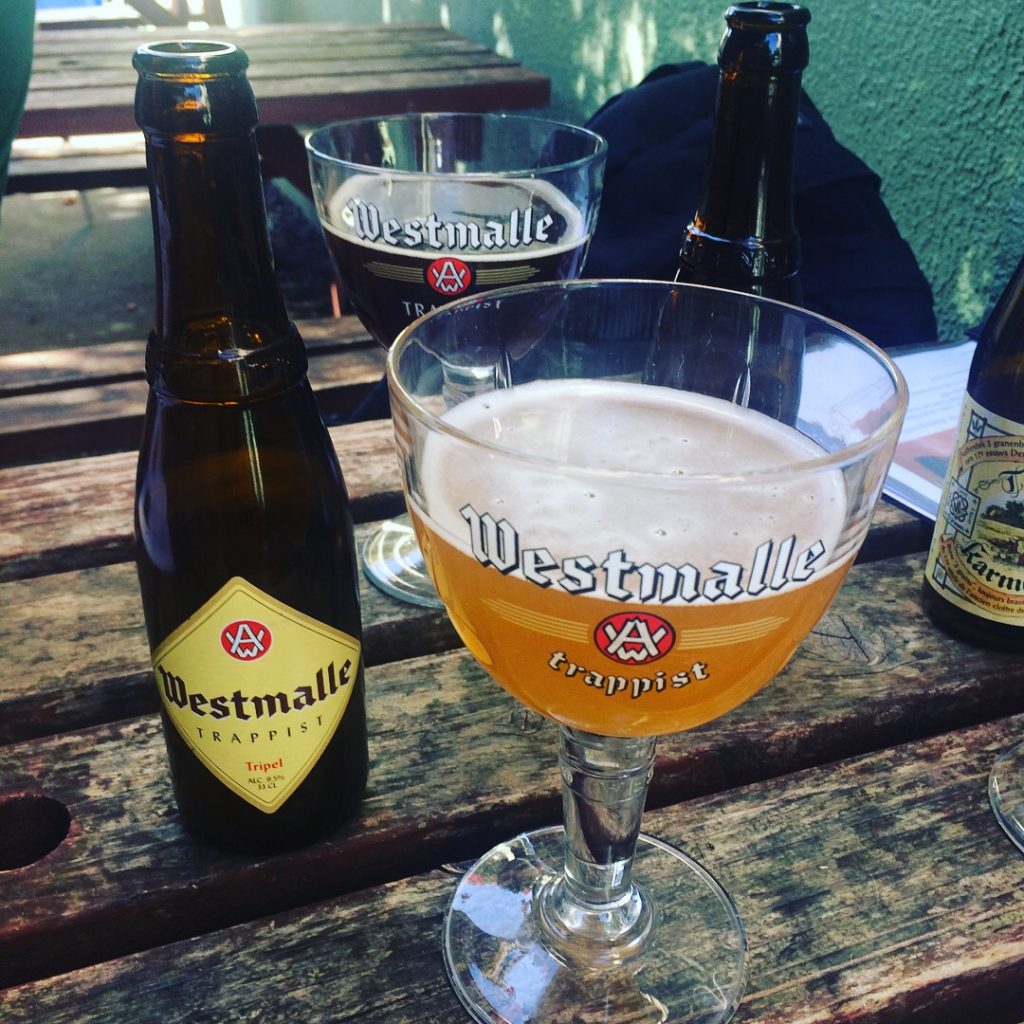 One of my favorite Belgians (of which there are many!) is the Westmalle Tripel. As a huge Tripel fan, I find the Westmalle is a real delight. My partner initially got me into Belgian beers, as it’s something he had enjoyed for a while. We have a local pub here in Cambridge (The Elm Tree) which specializes in them, and we have become frequent visitors! And we have grown to love the beer style so much, we have even visited Bruges to sample the beer a few times.
Belgian beers are something we frequently share as a couple, and for some reason, the Westmalle is one we tend to match. I get the Tripel while my other half gets the Dubbel. For me the Tripel is a standout beer, I love the citrus fruit flavors and aroma, and then a slightly sweeter caramel taste to follow, and the strength of the hops that come through. And at 9.5% it has a lovely boozy punch. Personally, I find adding the sediment really lifts the character of this beer.
Rachel from Rachel On Route 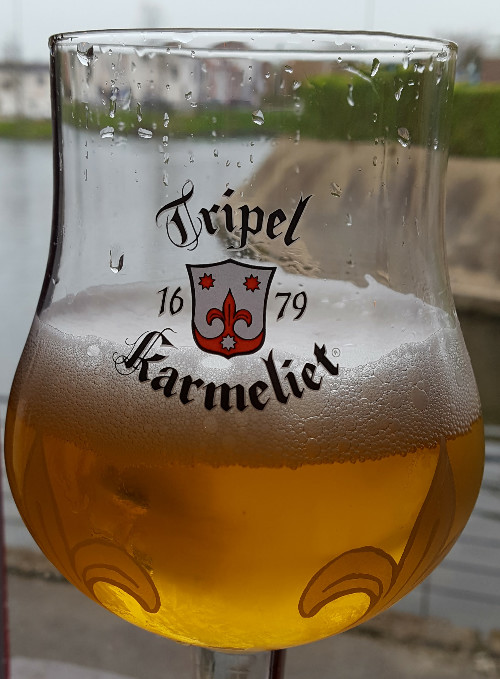 As a great lover of craft beers I love to visit new places where I can check out different beers.  A recent trip to the beautiful city of Bruges provided a great opportunity to explore Belgian’s famous beer culture.  We were staying in a cute family B&B that was owned and run by local football legend Jimmy de Wolf.  Jimmy and his wife get us some great recommendations for things to do in Bruges, they were amazing hosts.  Following their advice, on our first night in Bruges we had dinner in a lovely local restaurant called du Phare.  With a wonderful view over the canals I enjoyed my first glass of Tripel Karmeliet.  Brewed by the Bosteels Brewery from a town called Buggenhout, it’s a wonderful golden beer with a high alcohol content and a lovely smooth but strong flavour.  It’s brewed to an original recipe that dates back to 1679.  It’s really is a king of beers and thankfully available all over the world now.

John from From Real People 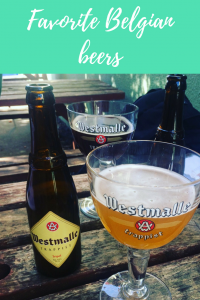 What is your favorite Belgian beer?