In 2016, the National Park Service in the US celebrates its 100th birthday. In order to celebrate this, I want to share my top 5 National Parks that I visited thus far. 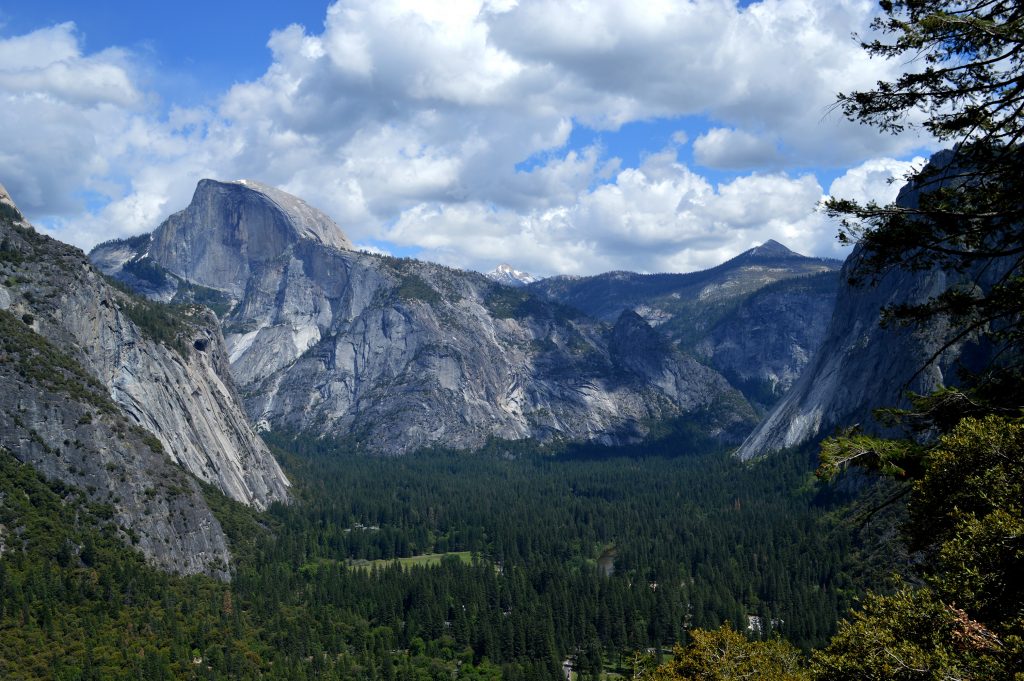 In 1890, Yosemite became a National Park under the unopposed Yosemite Act due to the dedication of John Muir, a Scottish-American naturalist. He was an advocate for the preservation of wilderness in the United States. In 1916 the administration of Yosemite National Park was transferred to the new National Park Service.

The best way to explore Yosemite National Park is by hiking. There are over 1300km of trails in the park, ranging from easy to very strenuous and difficult. The ultimate Yosemite hike is Half Dome, a 14-16mile round-trip hike with an elevation gain of 4800ft with part of the ascending up steel cables. Unfortunately, we didn’t do this one, but maybe one day when we will go back. Because we will go back one day, that is for sure.

We did, however, do the four-mile trail from Yosemite Valley to Glacier point and back (15.4k). Here you follow the path of an old trail and it is a continuous steep grade right up to Glacier Point. Here you have a magnificent view of Yosemite Valley, El Capitan, Yosemite Falls, and Half Dome. 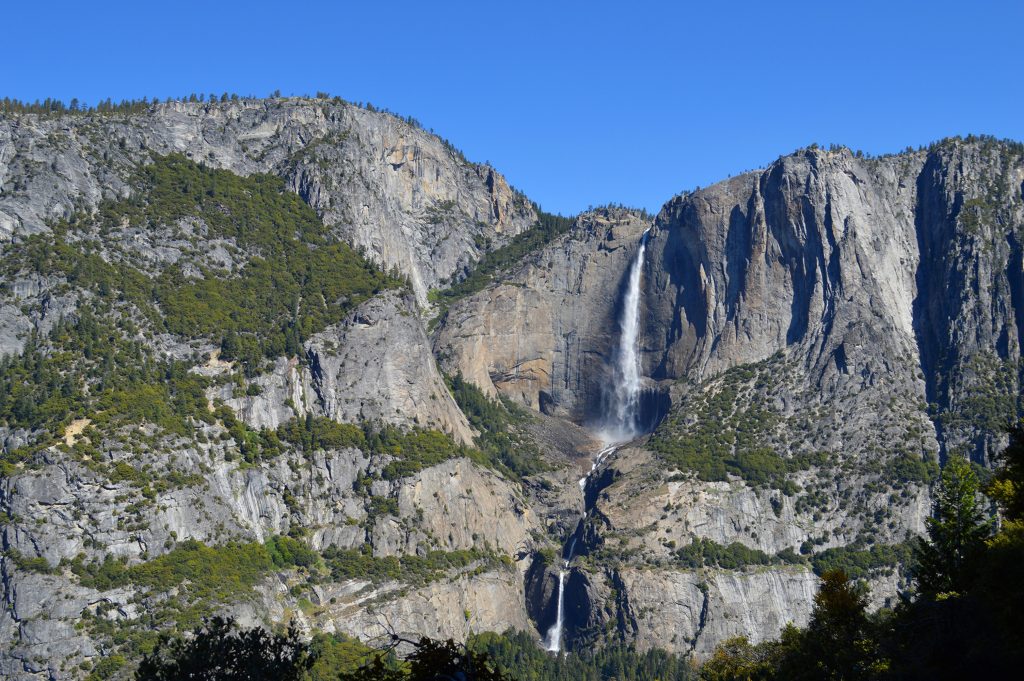 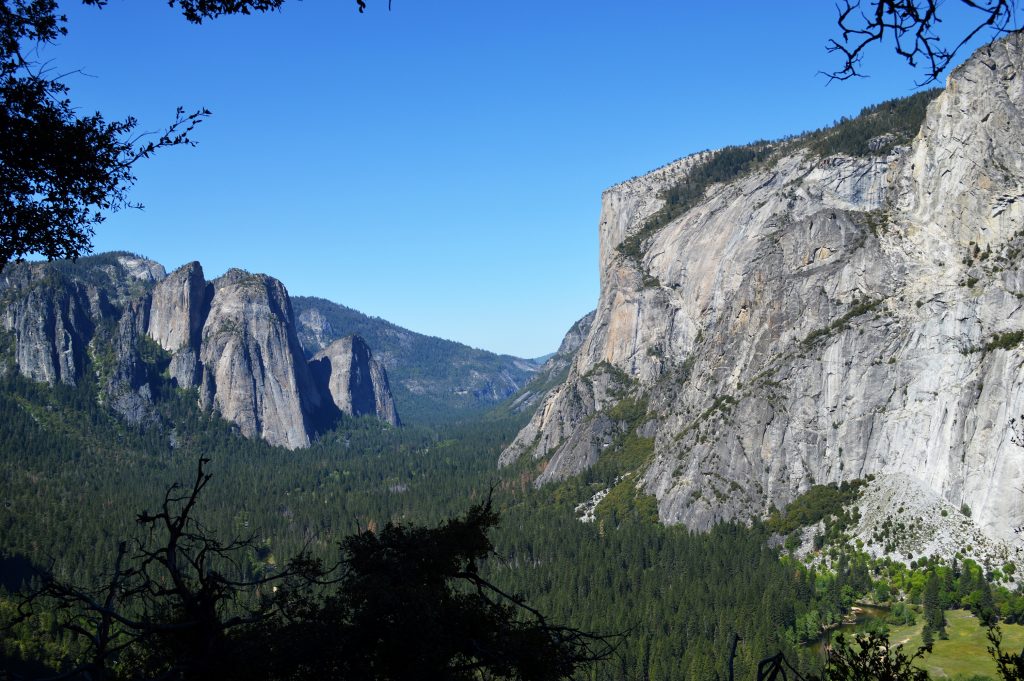 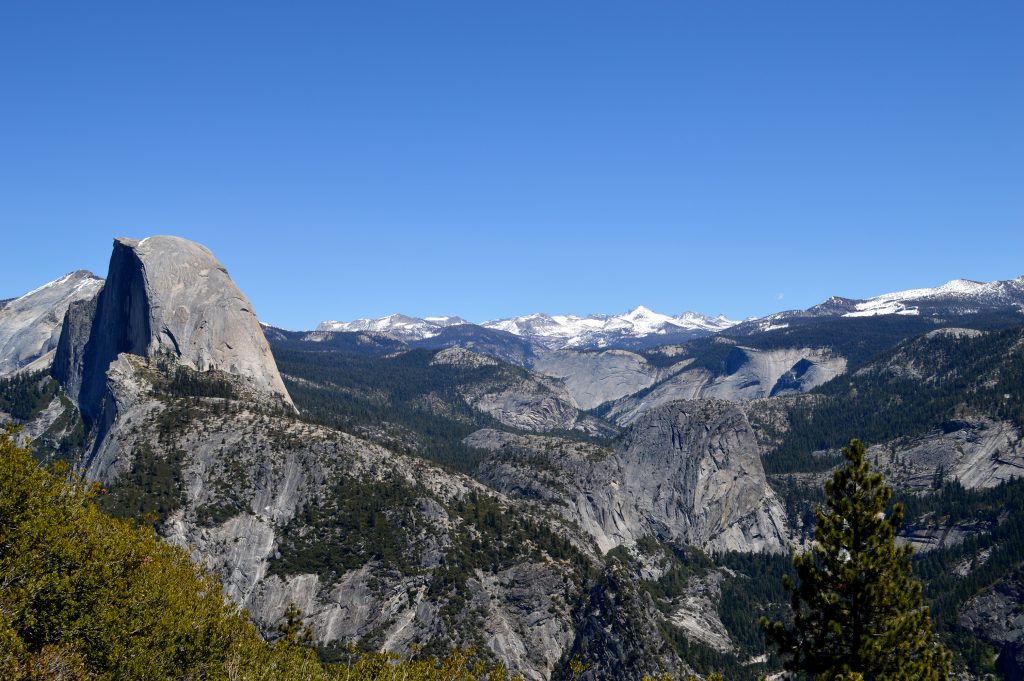 One downside for me was that you can also see this view if you book a bus tour. So, you are not alone at Glacier point, making it rather difficult to face the fact that after a long way up, you have to wait a considerable amount of time to get to the toilet ☺.

An easier hike is the one to Columbia rock, which will give you some nice views on the way up. At Columbia rock, you have a stunning view of Upper Yosemite Fall. 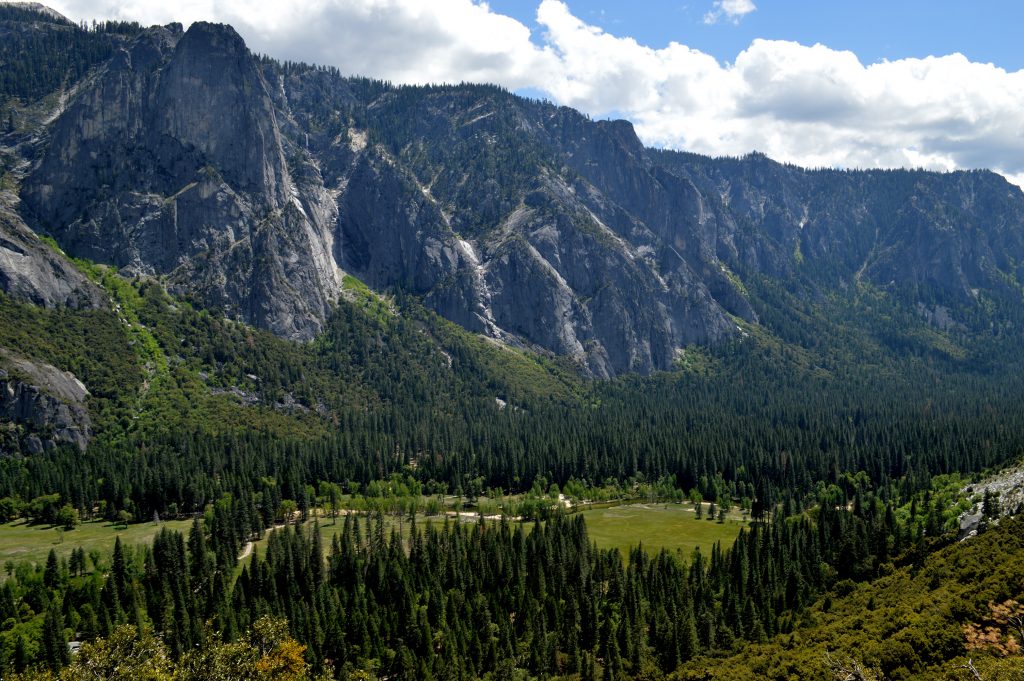 In another part of Yosemite National Park, you can walk among the giant sequoias. During some parts, we were completely alone, apart from some deer that were coming down the hill.

From Inspiration point, you have a nice view on Yosemite Valley, especially in the morning or during sunset.

Zion National Park, located in Utah, is characterized by Zion Canyon that is cut out of the reddish sandstone by the Virgin River. Its most spectacular hikes are Angels Landing and The Narrows.

The trail to Angels Landing is around 4km and after a series of switchbacks, you reach Scout Lookout. From here you can either turn back or make the final ascent towards the top of Angels Landing which is very strenuous with steel chains at some parts. We took the first option as I was not feeling very comfortable at the start of the final part to Angels Landing. It also doesn’t help that there are lots of people that want to do this, so doing it at your own pace is very difficult.

A lesser-known trail is the Canyon Overlook trail, a short trail (1.6k) with a spectacular view of Zion Canyon. The trailhead is located at the Zion-Mt Carmel tunnel.

This was the first ‘canyon’ we saw on our first road trip in the US, making a greater impression on me than the Grand Canyon, that we would visit a week later.

Canyonlands is located near Moab and Arches National Park, making it perfect to combine the two parks as we did. It is a colorful canyon eroded by the Colorado River and the Green River. Most people (like us) stay in the Island in the Sky district where you have spectacular views of the canyon and its surroundings.

From this part, there are some nice views through short walks such as Grand viewpoint trail, that will bring you to the end of the Island in the Sky Mesa. Because of the magnificent view, this is one of the most popular trails in the park.

The Arch of Mesa Arch is great for photography, as you see here. We had this printed on canvas to put in our living room. And apparently, it also features as one of the standard desktop backgrounds on Windows 7 in the Landscapes Section (according to Wikipedia ☺ )

We combined Canyonlands with Arches National Park while staying in Moab. Arches National Park is composed of over 2000 natural sandstone arches, including the most famous Delicate Arch. This is the largest free-standing arch in the park and is seen as the most recognized symbol of the state of Utah (it is even depicted on the Utah license plates). You cannot see it from the road but with a short hike to Delicate Arch viewpoint, you can see the arch from 1 mile away.

Another popular feature of Arches National Park is Balanced Rock, with a short loop trail around it.

We also went to see Double Arch and you even can explore them up close as there are no fences. Double Arch is different from the other arches in the park because it is a pothole arch, formed by water erosion from above instead of from the side.

When you visit Death Valley National Park in the hottest time of the year, it is hard to do anything. It is the lowest, driest, and hottest area in North America. The highest temperature ever measured here was 56.7 degrees C in 1913. When we were there, it wasn’t that hot, but still around 40 degrees. This prevented us from doing long hikes so we limited everything to driving and getting out of the car to take pictures.

You can take some amazing pictures here, like at Zabriskie point with its pastel-colored dune-like landscape. Or Badwater Basin, a big salt flat and the lowest elevation in North America (85.5m below sea level).

Another photogenic part of Death Valley is the Mesquite Flat Sand Dunes and Devil’s golf course. The latter is a large salt pan with a very rough texture due to the large salt crystal formation.

Because our car was not equipped for rough ground, we didn’t go to Racetrack Playa. We, however, did visit a ghost town just outside of Death Valley, Rhyolite. This is a nice stop after a day visiting Death Valley.

You probably wonder why the Grand Canyon didn’t make it in my top 5. Well, the other National Parks were more special or made a much greater impression on me.