Visit the Palace of Versailles

The Palace of Versailles is one of the largest castles in the world, about 20 km from Paris, and one of the most visited sights in France. About 7.5 million people visit the castle every year. 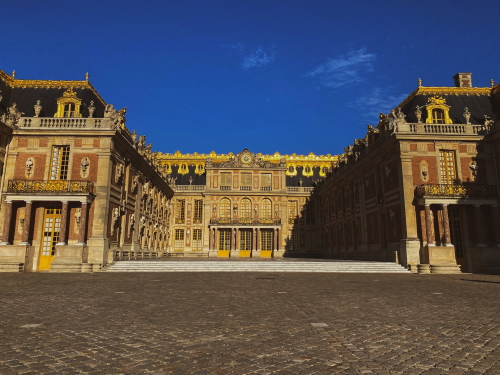 Originally, the Palace of Versailles stood in the countryside, the city of Versailles was added later. The Palace of Versailles consists of 5 parts: the castle itself, the gardens, le Grand and Petit Trianon, a large park, and the royal stables. In total it is more than 800 hectares, which means that you already need at least 3.5h. So be sure to count on a full day to visit everything. And wear comfortable shoes 🙂

The Palace of Versailles

Originally, where the castle now stands, there was a hunting lodge. It was commissioned by Louis XIII  and was anything but the castle as we know it today: it was humble and not at all impressive. In 1631, Louis XIII had it rebuilt to something more befitting a king. This then became the basis for the current Palace of Versailles.

The further expansion of the castle was carried out by Louis XIV, also known as the Sun King. He wanted the palace to radiate power and authority. At the time of his death, the castle was certainly not finished and was itself neglected.

Napoleon decided in 1833 to turn it into a museum. In addition, the Palace of Versailles was also used for important visits at the time.

The collection on display at the Palace of Versailles gives a good idea of ​​the history of France from the Middle Ages to the late 19th century. There are many statues and paintings to admire in the different rooms. Some rooms were also furnished with the typical furniture of the time. This creates an image of what the castle must have looked like in the time of the Frankish kings.

The most famous part of the Palace of Versailles is the Hall of Mirrors (Galerie des glaces). The room, 73m long, 10.5m wide, and 12.3m high, is one of the largest rooms in the castle. The entire ceiling was painted by Charles Le Brun and is considered one of his masterpieces. The mirrors make the room seem even bigger than it really is. This room was not only the scene of many parties and balls but also some important historical moments such as the signing of the Treaty of Versailles in 1919. 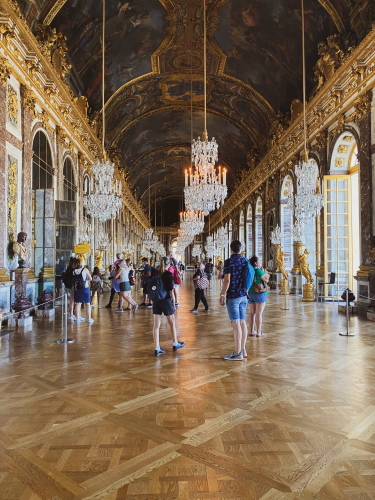 Another of the most impressive rooms is the Gallery of Battles where you can see huge paintings depicting the most heroic battles in French history. 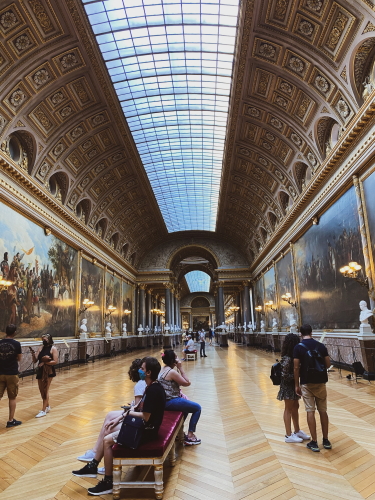 You will be guided through the castle by means of the audio guide. You will learn everything about the different rooms and works of art, but also about the daily life of the king and queen. What is particularly striking is that everything is very open: little room for privacy. But it remains a very impressive place to visit. (We visited the castle during corona, so there were much fewer people than usual because we worked with fixed time blocks). 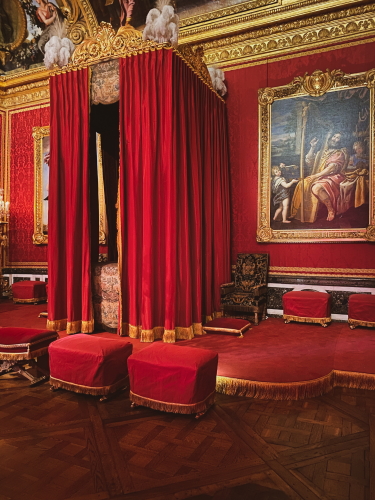 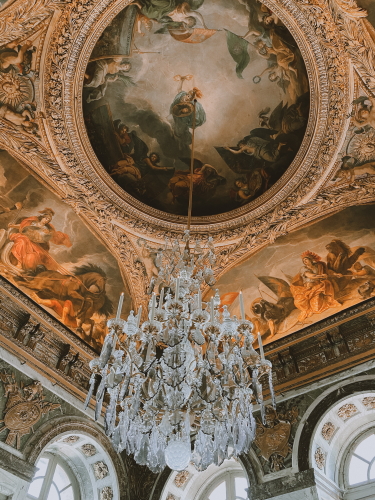 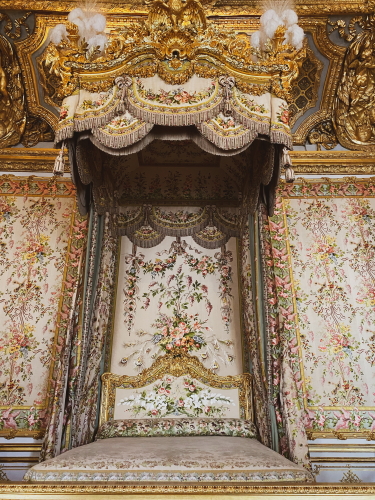 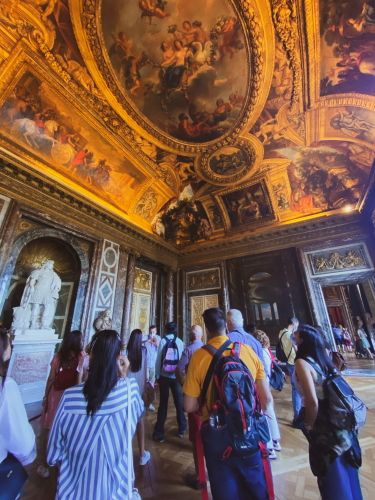 The gardens and the park of Versailles

The Gardens of Versailles are really an attraction in themselves: you just keep walking through them. They were built in 1661 by André Le Nôtre: a 40-year work. Most of the statues and the fountains were designed by Charles Le Brun. However, they had no free rein: for each design, approval had to be requested from the king. The gardens still look the same today as they did in the time of the Sun King.

The fountains may be the most eye-catching, but there is much more to see: statues, beautiful flower beds, ponds, a canal, pavilions, …

Directly behind the gardens of Versailles, lies the Grand Canal. This is a cross-shaped rowing pond of no less than 1.5 km where you can also rent rowing boats. The gardens and the canal are located in the middle of the park of Versailles, which is freely accessible. 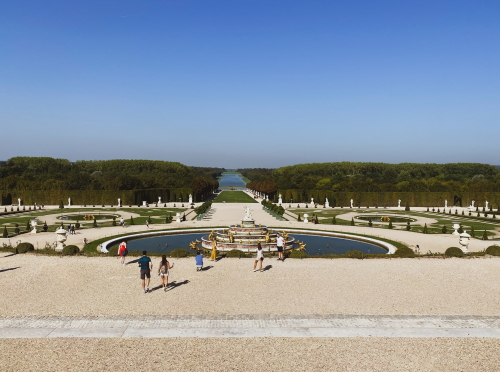 Outside the Palace of Versailles itself, you can also visit le grand and petit Trianon which are a half-hour walk away. The Sun King’s family stayed in Grand Trianon when they visited. Inside you can mainly see Empire-style furniture from the time of Napoleon. Here again, you can admire beautiful gardens outside.

Le Petit Trianon is a square building with 4 different facades and was originally a gift from Louis XV to his mistress Madame de Pompadour. She died before the building was finished, so he occupied the building with his other mistresses. In the end, Marie-Antoinette got it as a gift and in turn, had it expanded and adapted to her liking. 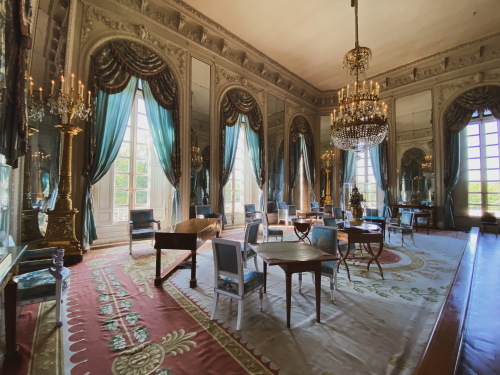 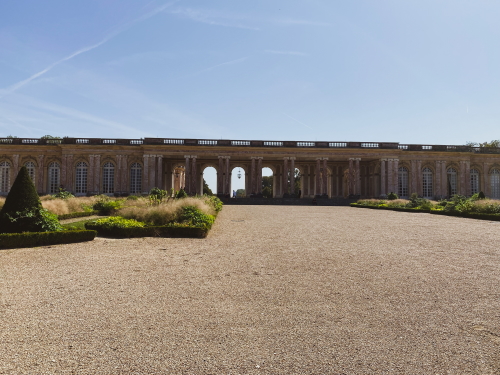 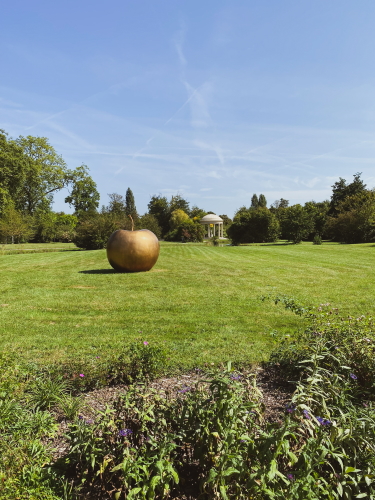 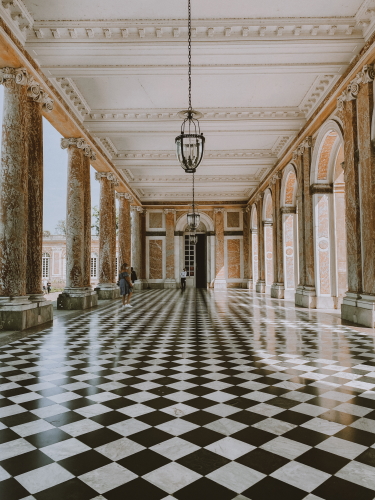 Opening hours: open every day except Monday from 9 am. The Trianon domain opens at 12 noon. Tip: Tuesday is the busiest day because all the other museums in Paris are closed.

For visitors under 18 (or under 26 if living in Europe), entry to the Palace of Versailles and Trianon is free.
Tickets for the entire Versailles estate cost €27.

It is mandatory to book a time slot on the website, also for people who have free access

How to get there?

You can visit Versailles as a day trip from Belgium, during a weekend in Paris, or as a stopover on the way south. We parked our car in the underground parking lot of the Versailles Chantiers station.

Hotel: If you decide to stay in Versailles itself, the L’Alcôve Royale apartment is the ideal base. It is located within walking distance of the palace and has a fully equipped kitchen. 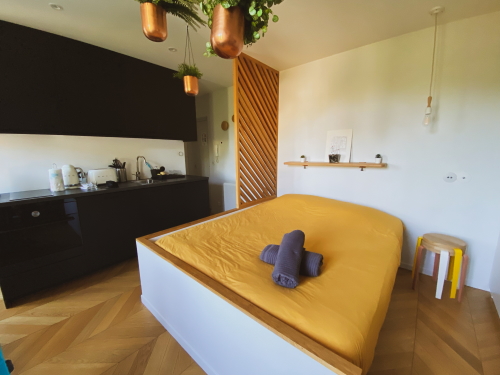 Le Limousin is a half-hour walk from the Château de Versailles. The os à moelle (marrow pipe) is especially recommended as a starter. For the rest, typical French dishes are on the menu. 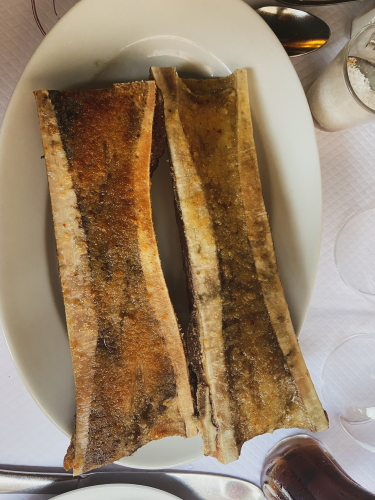 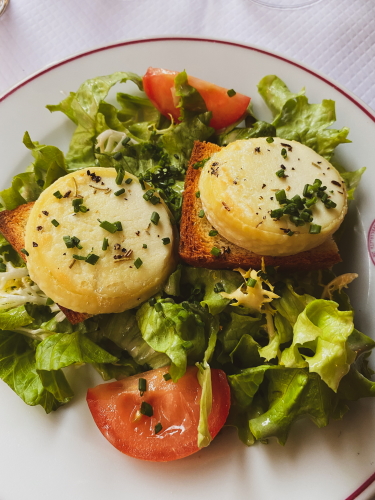 Meat eaters have come to the right place at Bleue Blanche Rouge. Enjoy a tasty steak tartare or onglet de boeuf here. In the summer you can sit outside on the terrace. Very friendly service and it goes fast. The coulant au chocolate is recommended for dessert. 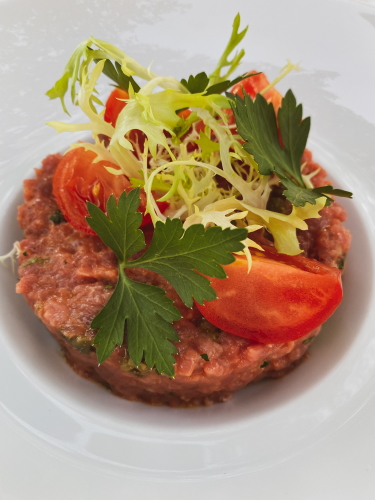 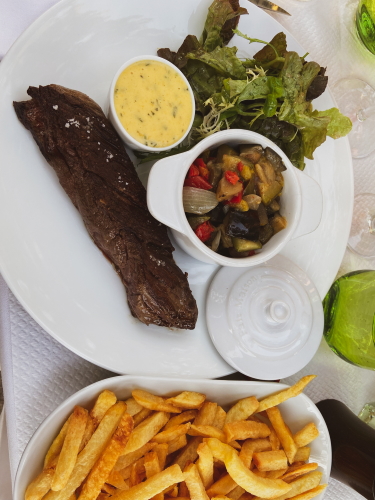 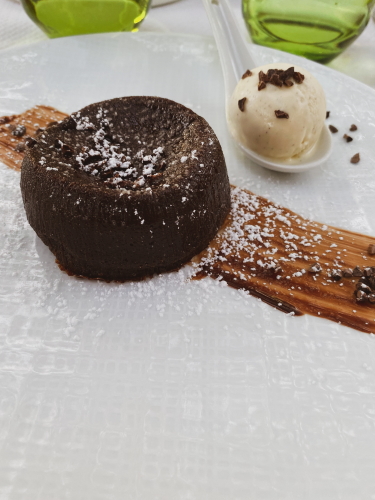 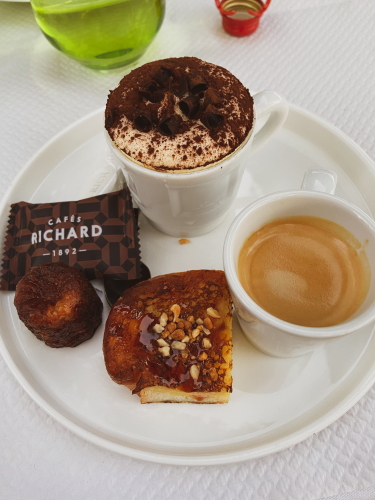 No Wine is a cozy little wine bar half an hour’s walk from the castle. A nice wine list where you can order the wines by the glass or bottle. During happy hour you can enjoy some wines or beers at a cheaper price. 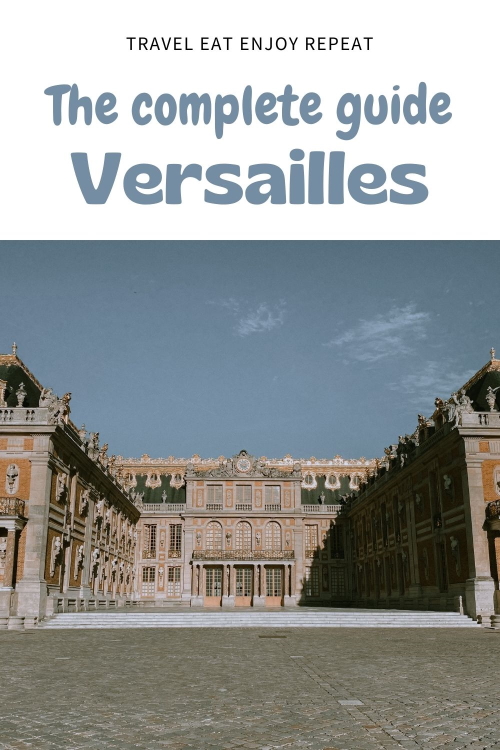